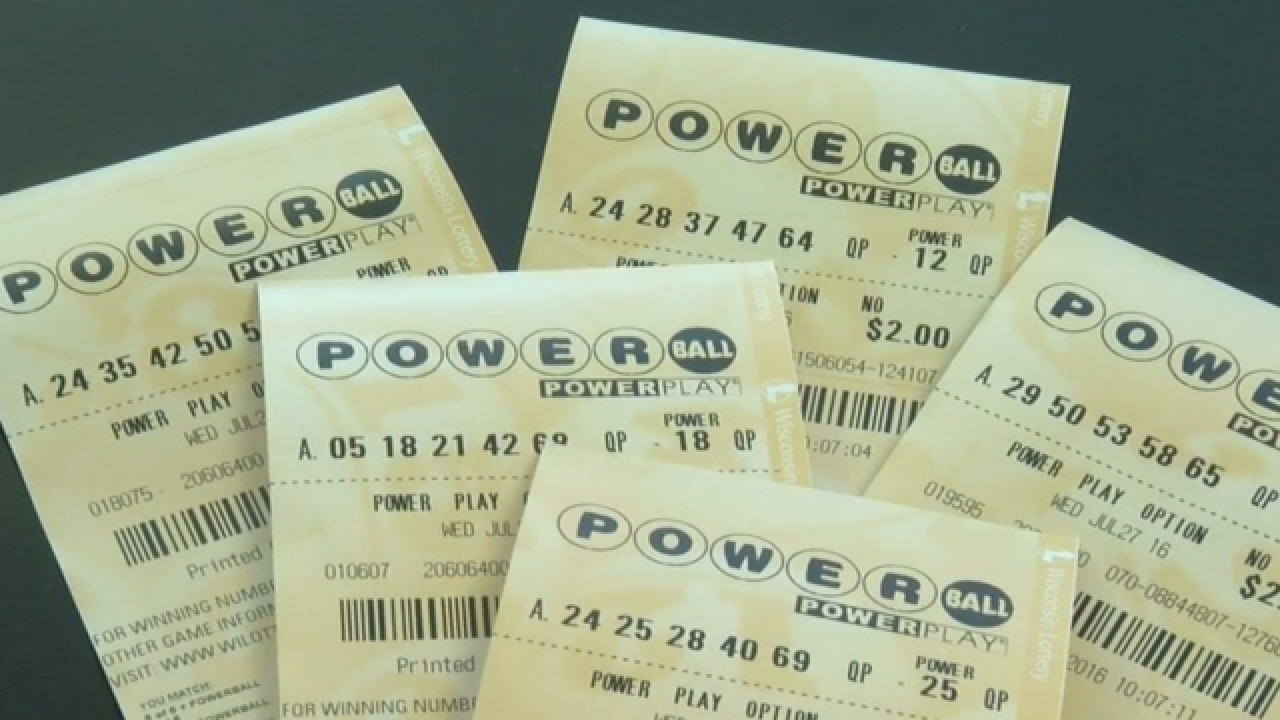 Posted at 9:42 AM, Jan 23, 2017
MADISON -- An unclaimed Powerball ticket worth $1 million is set to expire in less than two weeks.
Wisconsin Lottery officials are encouraging players who purchased Powerball tickets in Madison last summer to check their tickets.
"One lucky player holding a ticket worth $1 million has yet to come forward," said Casey Langan, Wisconsin
Lottery spokesman.
A ticket sold for the August 6, 2016 Powerball drawing is worth $1 million. It matched five of the first five
numbers drawn, but not the Powerball.
"The unclaimed Powerball ticket was sold at Kelley's Market, also known as Aberg Avenue Mobil, at 2601
Shopko Drive on Madison's east side," Langan said.
Once lottery numbers are drawn, winners have 180 days to claim their prize. To meet that deadline, the missing
Madison ticket must be claimed at the Wisconsin Lottery's headquarters at 2135 Rimrock Road in Madison, by
4 p.m. on Thursday, February 2, 2017.
"If the ticket is not redeemed by the deadline, the $1 million will be returned to Wisconsinites in the form of
property tax relief," Langan said.
The winning numbers from the August 6, 2016 drawing were 20, 33, 36, 47 and 52 with a Powerball of 12. The
Power Play number was 3.
Retailers who sell winning tickets over $599 receive an incentive of 2 percent of the winning ticket amount up
to $100,000. Aberg Avenue Mobil received its incentive for selling the winning ticket last year.
The jackpot for this Wednesday evening's Powerball drawing will be worth an estimated $170 million ($103
million cash).