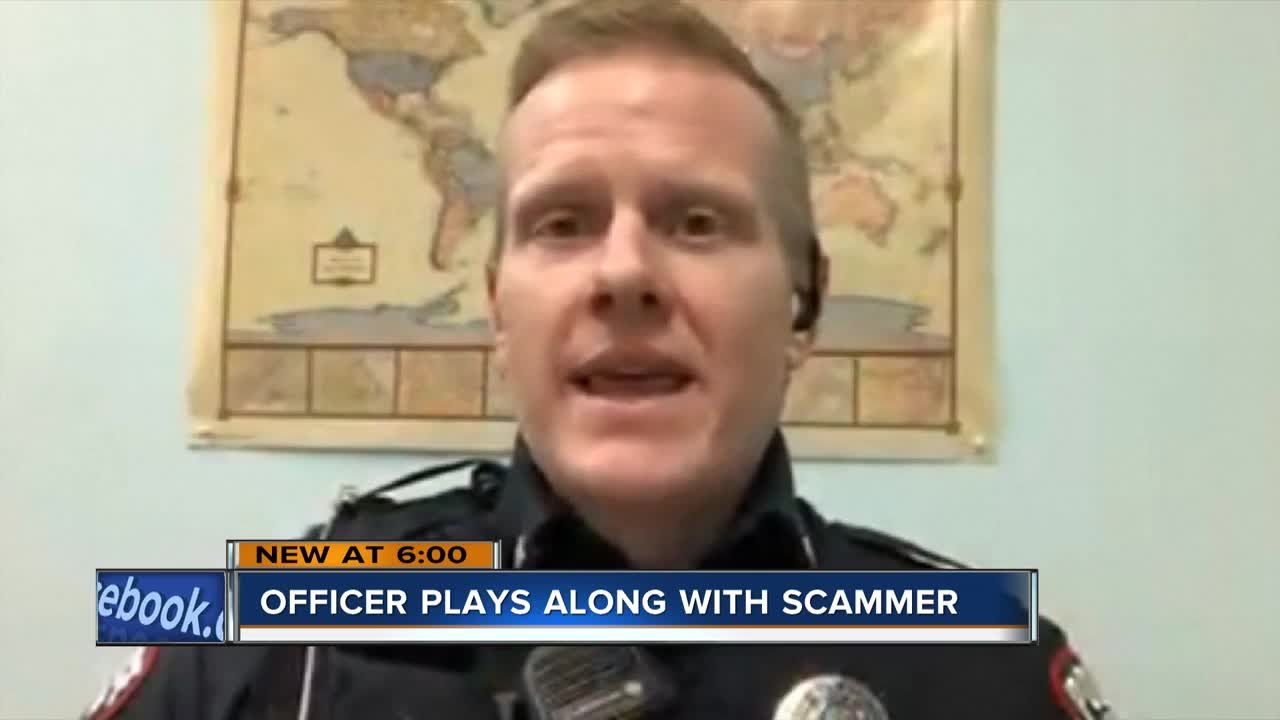 MADISON -- Have you been emailed job opportunities promising a nice paycheck for little work? A Wisconsin police officer took it upon himself to respond just to see what would happen.

Terry Evans is a police officer for UW-Madison. He works with a lot of young people, many international students. He feels they can be a vulnerable population.

So to get his message across, he took a unique approach by documenting his journey after responding to what he believes is a scam – a make money fast job opportunity sent via email. Evans said the email essentially said, “Hi. I’m a 70 year old English artist in Germany, at an art gallery opening and need someone to run errands for me, like buying gift cards. Each week you make $500 for 5 hours of work.” “The email said I was hired, so without ever physically talking to a human being, without an interview, without an application, anything, I was magically hired as this person’s personal assistant,” said Officer Evans.

“They want you to take a picture of the gift card, show the secret code on the back, and then they sell them online, so the gift card is basically empty as soon as you send them the information,” he continued.

Evans didn’t reveal to his supposed new employer he was a police officer, instead he told the criminal he was a 23-year-old culinary student at UW-Madison. Soon, another email came in, giving him a template to print his own check. “They want you to make these purchases, and to do things as quickly as possible, because the check will eventually bounce,” said Officer Evans.

So why didn’t Officer Evans go after the person behind the job scheme? “ A lot of these people are overseas, there’s really no way for your local agency to track all of this down, so the best defense is prevention,” Evans said.

During this experiment of his, Officer Evans has tweeted along the way. Check out his twitter handle at @UnivAptsUWPD