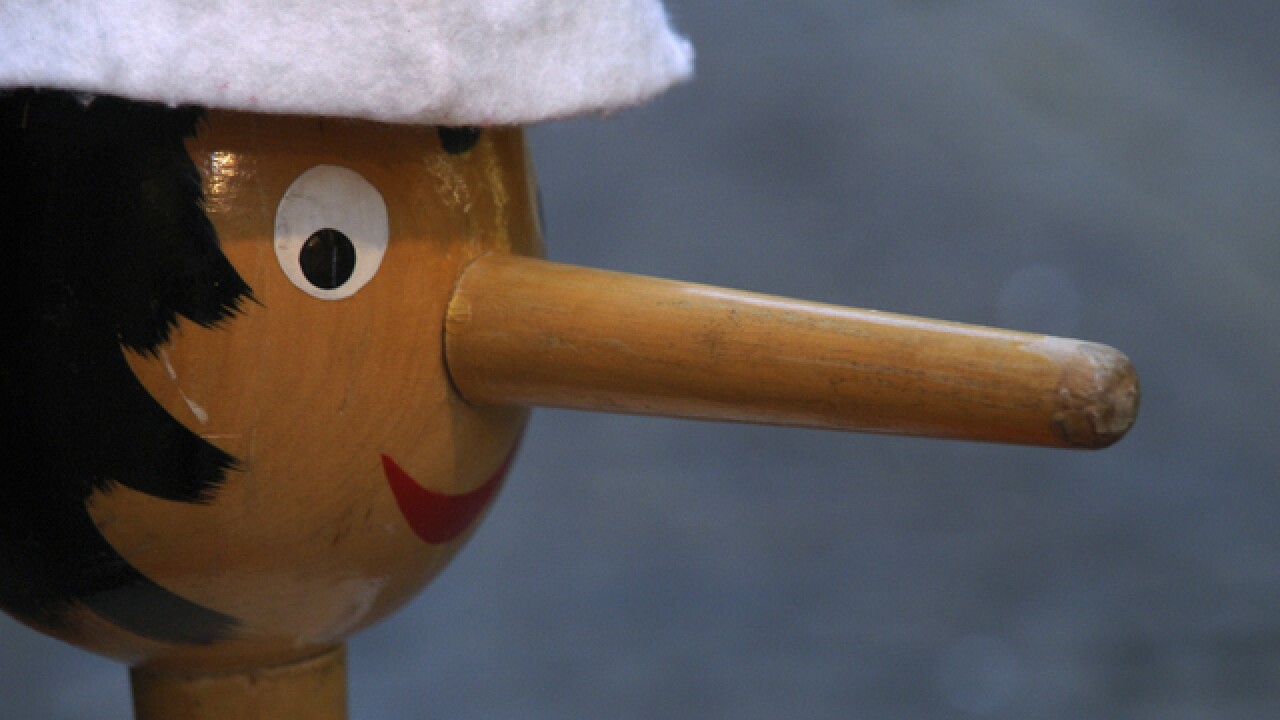 BURLINGTON, Wis. (AP) -- This year's winner in a Wisconsin liars' club contest has won for a fib that's half true.

O'Brien's winning submission was: "I grew up in a family with 16 children. I never got to sleep alone until I got married!"

The 72-year-old retired general contractor told The Journal Times on Thursday that he really did come from a family of 16 children -- "with no twins."

O'Brien said he's been telling people his winning quip for years. He said his friend Daryl Lockwood, who won the lie contest in 2013, told him, "You've got to turn that in." Instead, Lockwood entered O'Brien's lie for him.

O'Brien said his wife, Jeanne, appreciates his standing joke. He said the couple will celebrate their 50th wedding anniversary in November, "so I can get away with just about anything."

Runner-up Neil Everts of New London submitted this whopper: "It has been so dry here that the river is only running every other day."

Jill Rozell of Burlington took third place with this entry: "According to research presented at the 2015 World Climate summit, a major climate shift occurred as the result of hot flashes experienced when the baby boomers reached menopause."

The club has been holding the annual contest since 1929. There is no entry fee, and the club says on its website that the contest is "open to anyone except politicians, as we consider them professionals."