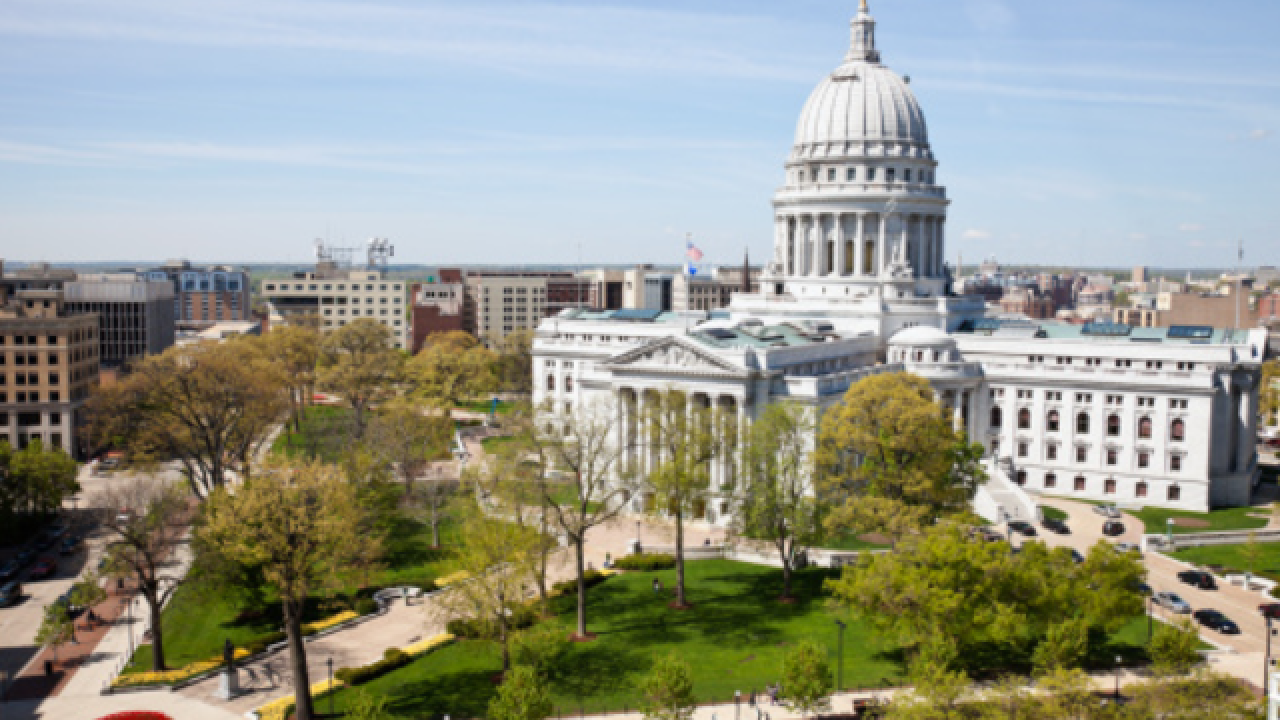 MADISON (AP) — The Wisconsin Assembly was poised Wednesday to pass a so-called born alive anti-abortion bill that President Donald Trump has touted, a move that comes as conservatives across the country push to end the constitutional right to abortion.

Democratic Gov. Tony Evers has promised to veto the measure, which is one of four anti-abortion bills up for passage in the Republican-controlled Assembly. The GOP-majority Senate would also have to approve the bills before they would head to Evers, but it didn't have a vote scheduled on Wednesday.

The moves in Wisconsin come as anti-abortion politicians and activists feel emboldened by the addition of conservative justices to the U.S. Supreme Court. They hope to ignite legal fights and eventually overturn the landmark 1973 decision Roe v. Wade that legalized abortion.

Alabama lawmakers on Tuesday night approved a bill that would ban nearly all abortions. And Missouri's Republican-led Senate was taking up a bill Wednesday that would ban abortions after the eighth week of pregnancy, which is similar to so-called fetal heartbeat laws enacted by Mississippi, Kentucky, Ohio and Georgia.

Wisconsin already bans abortions 20 weeks after fertilization, except in cases in which the mother's life is in danger. This is well before the generally accepted age of viability, which the Supreme Court said in Roe v. Wade is between 24 weeks and 28 weeks. Wisconsin also has a law passed in 1849 that bans abortions and would take effect if Roe v. Wade is overturned.

The bill before the Wisconsin Assembly on Wednesday addresses the extremely rare occurrence in which a baby is born alive during a failed abortion attempt. The Centers for Disease Control and Prevention recorded just 143 instances nationwide in which live births resulted from at least 9.3 million abortion attempts between 2003 and 2014. There is no comparable data in Wisconsin because state officials don't track it.

Wisconsin Right to Life, which supports the bill, said it hasn't heard of any cases in Wisconsin since the Wisconsin State Journal reported in 1982 that two babies survived abortion attempts in Madison and later died.

According to the CDC, only 1.3% of abortions take place after 21 weeks, and these often involve either severe fetal anomalies or conditions that endanger the mother.

When anomalies are so severe that a newborn would die soon after birth, a family may choose what's known as palliative care or comfort care. This might involve swaddling the newborn in a blanket and allowing the baby to die naturally, without medical intervention.

Under the bill, abortion providers would be required to care for babies that survive an abortion. Failure to do so would be a felony punishable by up to six years in prison and a provider convicted of killing such a baby would face life in prison.

Doctors insist the bill is a solution in search of a problem. They and other opponents say babies are almost never born alive during failed abortion attempts and in the rare instances when they are, doctors are already ethically and legally bound to try and keep them alive.

Evers has said he will veto the bill because current criminal penalties would apply to providers who won't care for or kill abortion survivors.

During an April rally in Green Bay, Trump said it was shocking that Evers would veto the bill. Trump has made his support for "born alive" bills a staple of his rallies, accusing doctors of executing babies who survive a failed abortion.

Evers responded by saying it is "blasphemy" and "horrific" for Trump to say that doctors in the state want to execute babies.

The Assembly was also voting on three other abortion-related bills. The others would cut off Medicaid funding for Planned Parenthood, prohibit abortions based on the fetus' race, sex or defects and require providers to tell women seeking abortions using the drug mifepristone that the process may be reversed after the first dose.