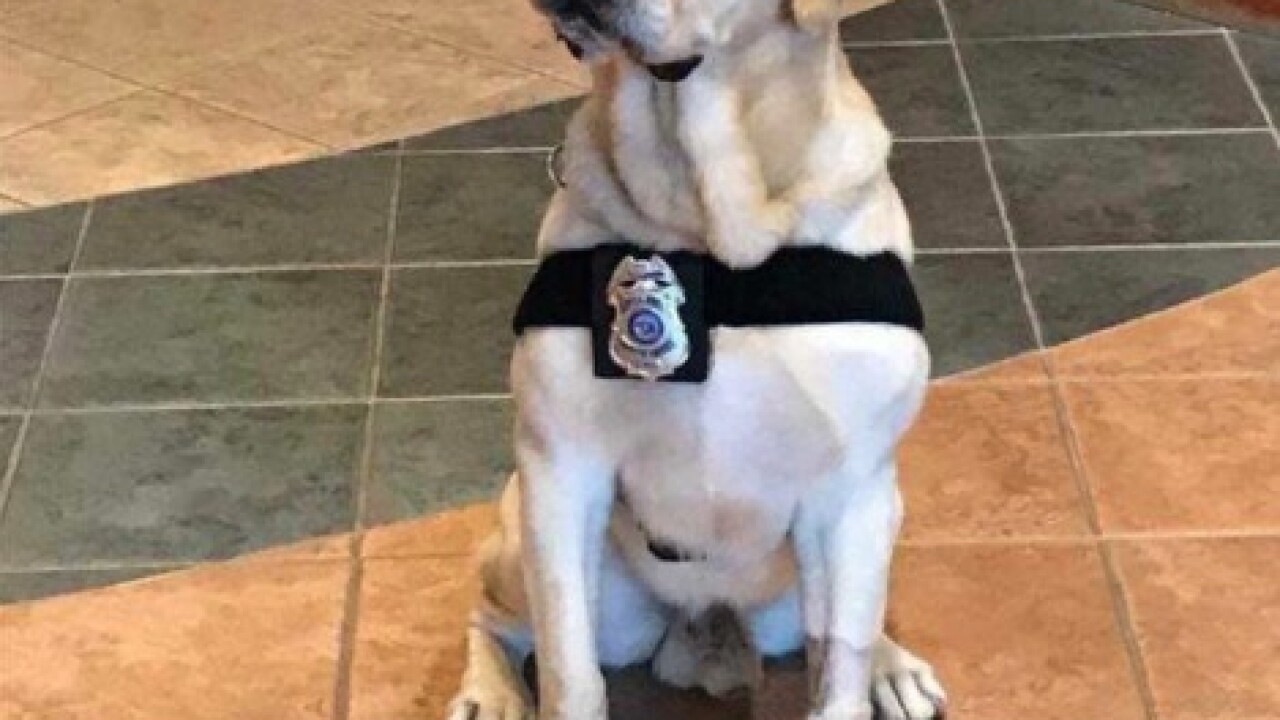 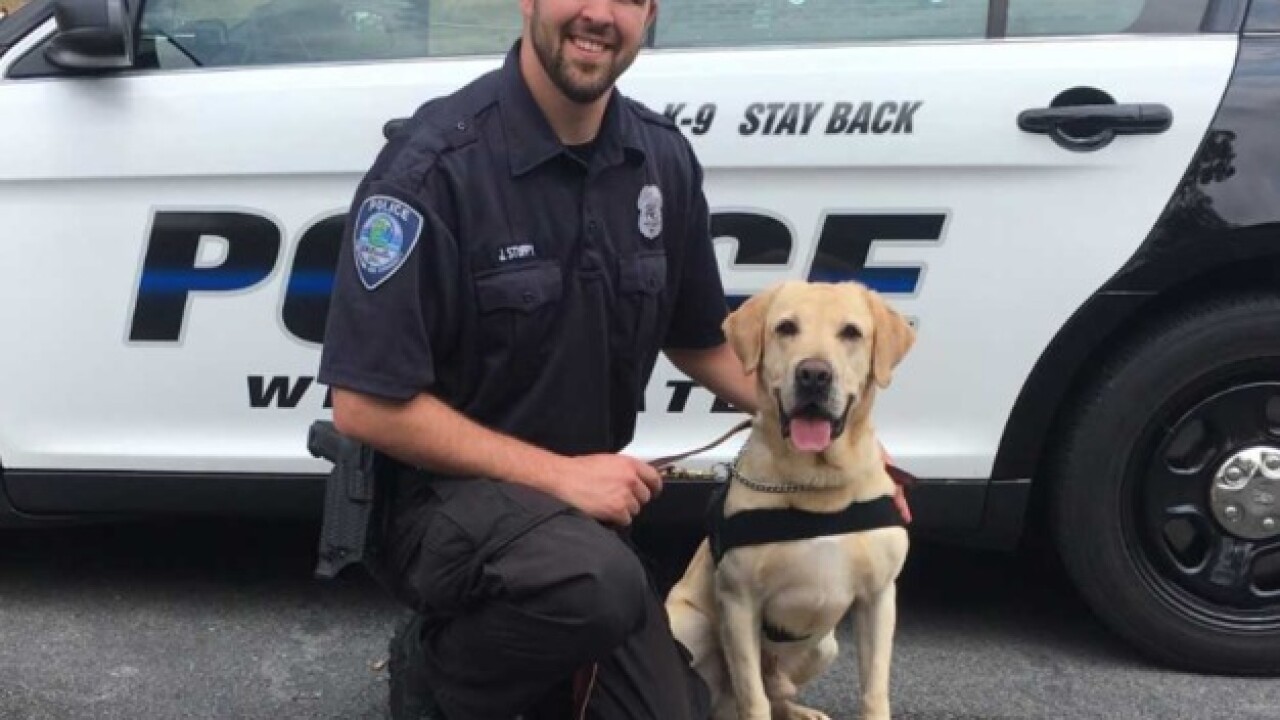 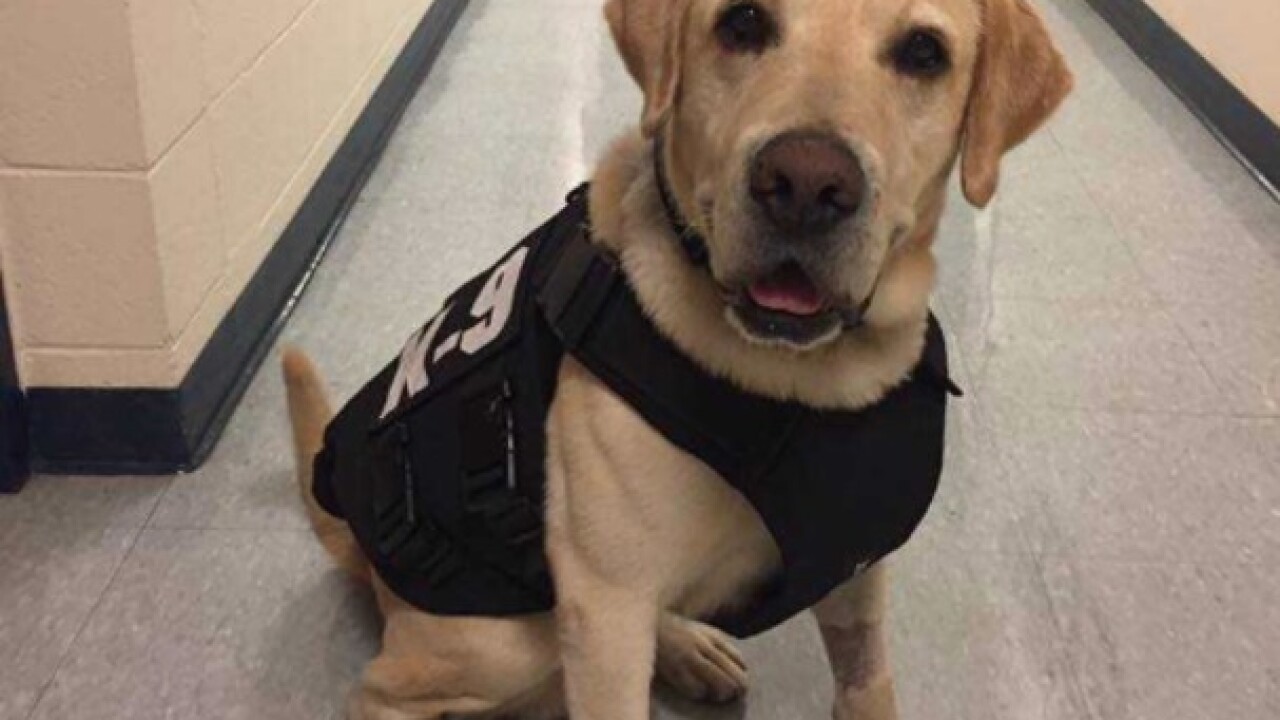 Ruso had kidney problems and underwent surgery earlier this week. It was discovered his kidneys were still not performing well and he took a turn for the worst Thursday night.

Ruso was sworn in on June 6, 2017. He was a 3-year-old Labrador retriever from Mexico with lots of energy.

He worked and lived with his handler, Officer Justin Stuppy.

The department was going to hold a Run, Golf, Ride for Ruso fundraiser for his medical expenses on July 28. The fundraiser will still be held in honor of Ruso, with funds going to the department to find a new K-9 officer in the future.

“Although young, Ruso worked hard to keep the community safe,” said Chief Aaron Raap in a news release. “He was continuing to excel in search trainings at our local schools and made appearances at many city events including the recent 4th of July parade. Ruso was a very loving and hardworking K-9 officer and will be missed by the Whitewater police team and community.”