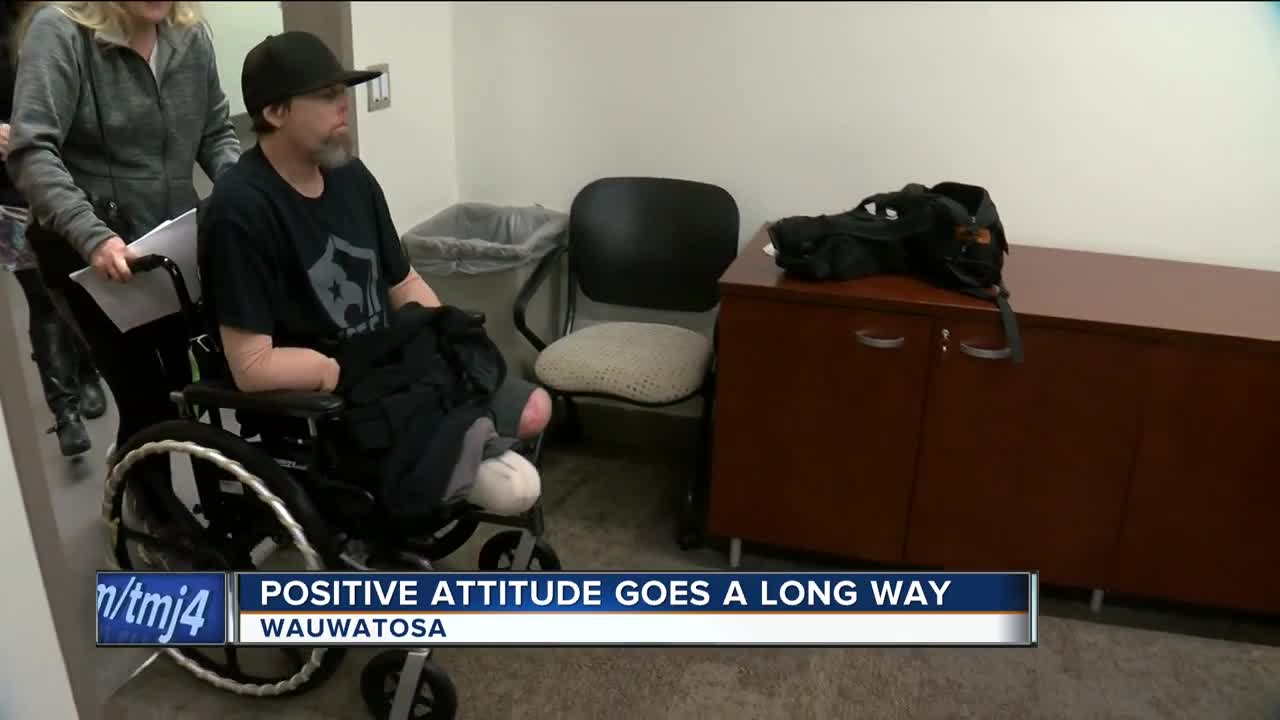 The man who lost his limbs after a dog licked him and caused a rare blood infection is determined to stay positive during his long recovery. 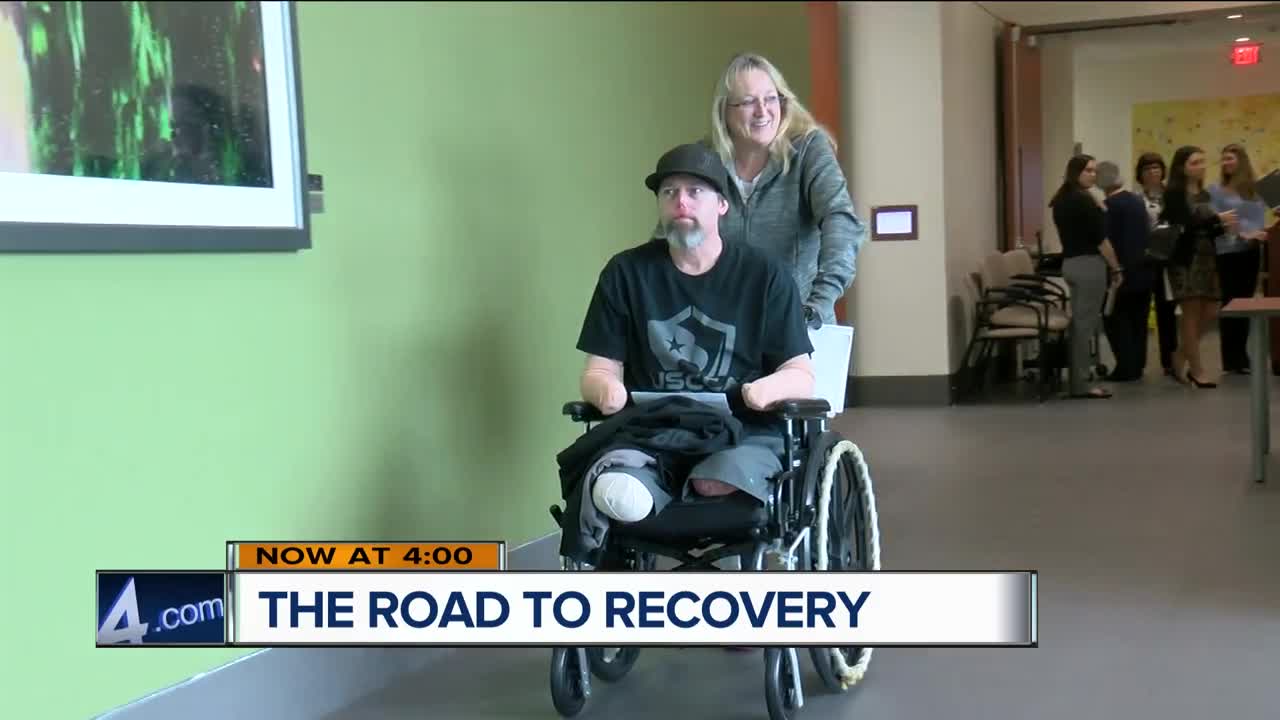 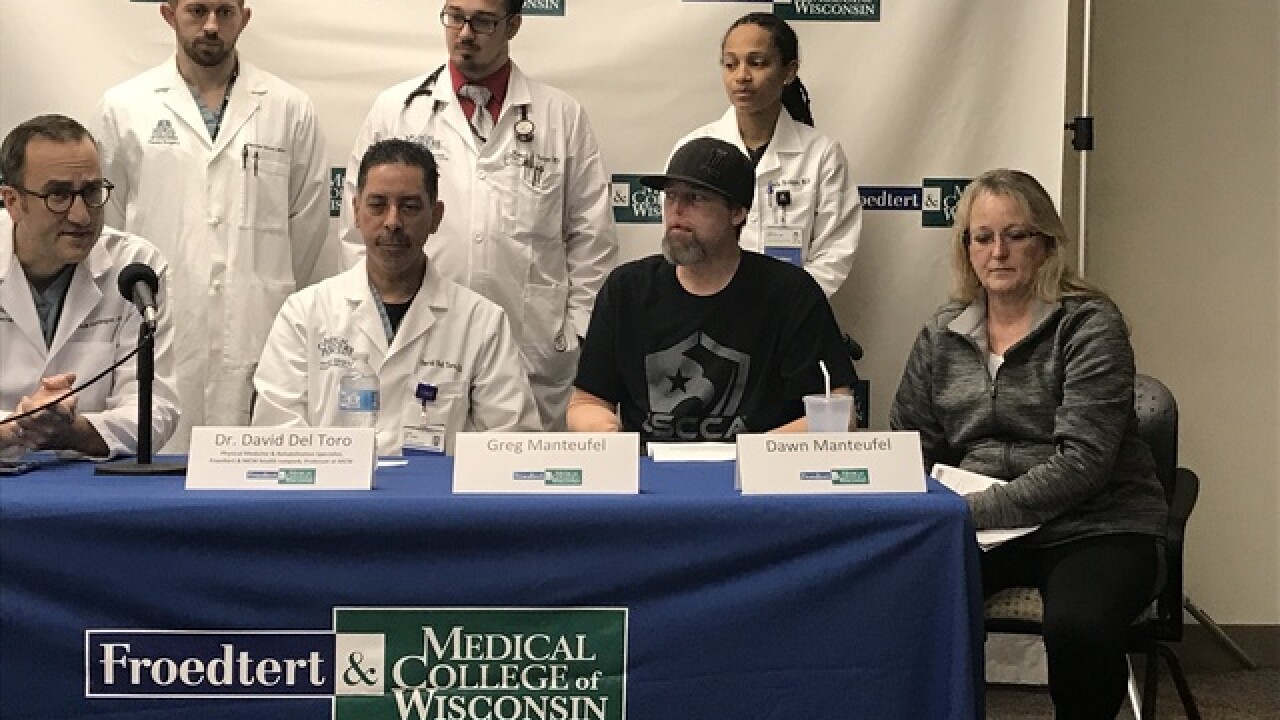 The man who lost his limbs after a dog licked him and caused a rare blood infection is determined to stay positive during his long recovery.

His family rushed him to the hospital, and doctors eventually determined the bacteria Capnocytophaga had entered Manteufel's bloodstream and caused an infection.

"I've come a long way just to get here, obviously," Manteufel said. "I just have to take it one day at a time, you know?"

According to doctors, the bacteria is present in the mouths of dogs, and can sometimes enter into a person's body through an open wound.

"Normally, it's not a pathogen and it doesn't cause infection," said Dr. Patrick Hettinger, a plastic surgeon at Froedtert & Medical College of Wisconsin Health Network. "But if the right opportunity is there, it can  cause infection like this, and in (Greg's) case it caused a profound sepsis."

Hettinger said Greg's hands, feet, nose, and a portion of his upper lip had to be amputated.

Somehow, Manteufel stayed positive through everything.

"He has fought like no patient I've ever taken care of," Hettinger said.

Dr. David Del Toro, a physical medicine and rehabilitation specialist at Froedtert & MCW Health Network, said Manteufel will eventually be fitted for prosthetic limbs after the wounds from his amputations fully heal.

"He'll be learning how to walk, how to stand, and other routine daily activities," Del Toro said.

He added learning to use one prosthetic limb is challenging enough. Manteufel will have to learn to function with four.

But he thinks Manteufel's good attitude should help him through the grueling rehab.

"I just wanted to stay positive through everything," Manteufel said.