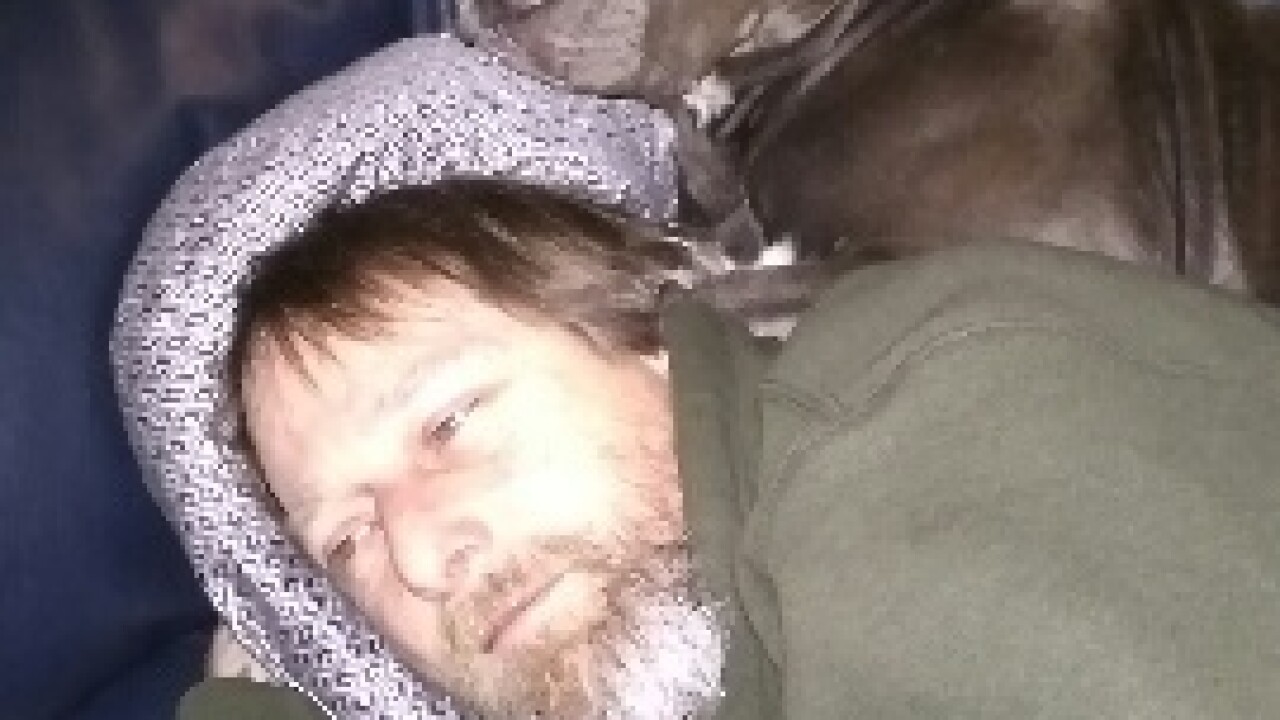 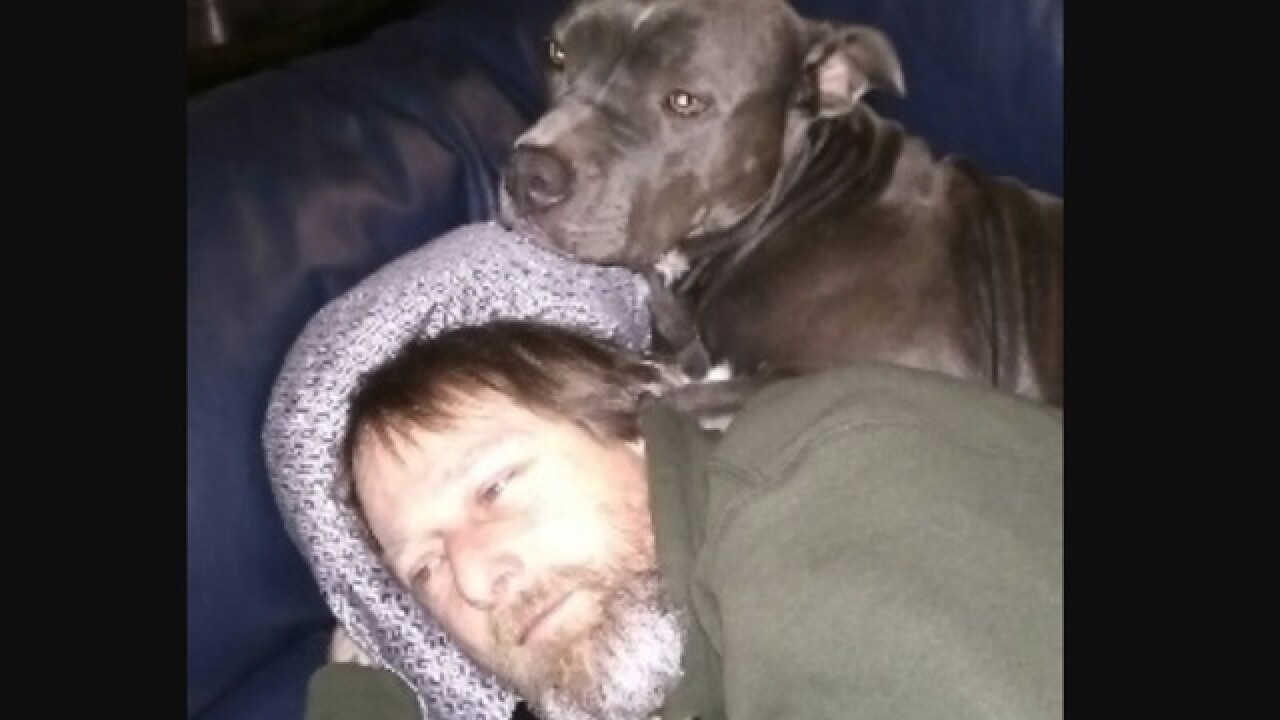 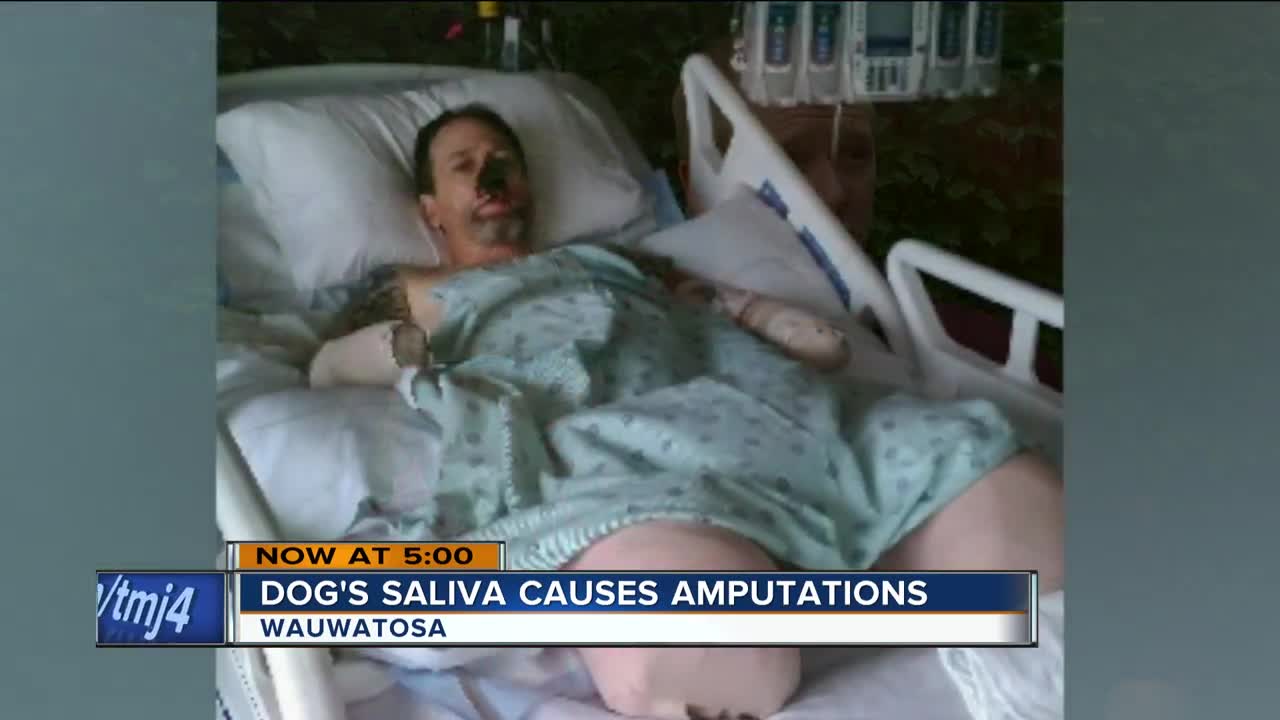 The family of a West Bend man who had to have his hands and feet amputated said he's lucky to be alive after doctors traced the bacteria that attacked his body to a dog's saliva.

In late June, she said Greg began complaining of a fever and aching in his legs.

He also developed bruises on his body.

"He was just turning blue and purple," Manteufel said. "He just had blemishes, like bruising, even on his face."

"They said it’s possible the dog licked him and he touched his mouth or his eye and it entered in that way," she said.

The family owns a dog, but Dawn said Greg also came into contact with several others through his work as an exterior painter in the days before he fell ill.

Within a week of entering the hospital, doctors amputated Greg's legs. His hands were later amputated too.

Dawn Manteufel said Greg's extremities turned dark in color and began to die off when his blood rushed to vital organs like his heart, liver and brain to fight off the infection attacking his body.

"The blood just wasn't going to those particular areas," she said.

According to doctors, Greg's infection is rare. 99 percent of people with dogs will never contract the bacteria.

His wife said there's no timeline yet regarding when he might be able to leave the hospital and, eventually, begin rehab. She said he has at least three surgeries still to come.

The family plans to move in with Greg's parents in the short-term while they sell their home and move into a one-story house that will better-accommodate his new limitations.

They hope Greg will eventually be able to use prosthetic limbs to better move around.

A GoFundMe page has been set up in preparation for those expenses. To help, click here.