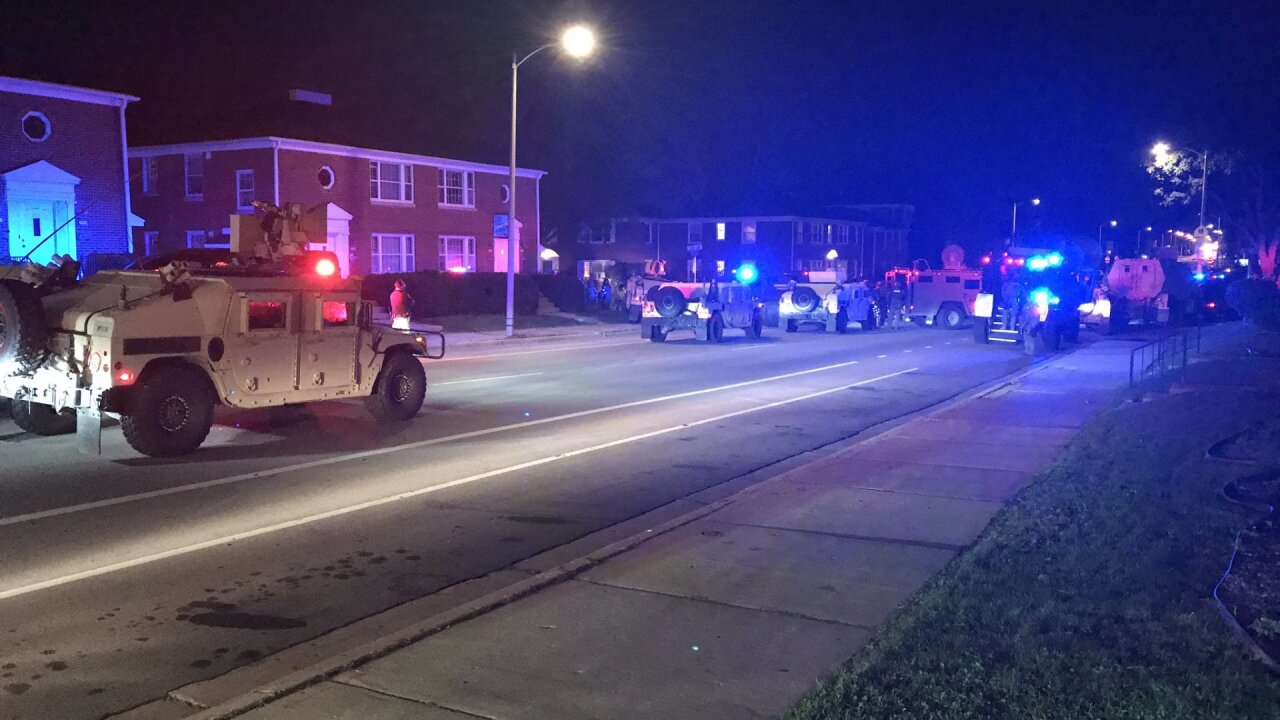 WAUWATOSA — The City of Wauwatosa announced an emergency curfew from 7 p.m. to 6 a.m., starting Oct. 7 and ending Oct. 12.

On the night of Oct. 8, at exactly 7 p.m., a group of protestors, on foot and in vehicles, departed from Milwaukee and crossed over into Wauwwatosa at N 60th St., where law enforcement deemed the group as an unlawful assembly, police say.

According to Wauwatosa police, the demonstrators paraded through the streets of Wauwatosa while honking car horns and blocking traffic.

The group blocked an undercover police van and attempted to gain entry of the vehicle while throwing rocks, and at one point, a gun was pointed at the occupants of the vehicle, police say.

At 7:48 pm, a group of protesters broke away from the main group and attempted to force entry to the Cigarette Depot on the corner of N. 76 St. and W. Center St, police say. Three people were arrested and turned over to the Milwaukee Police Department.

Wauwatosa police say protesters, "continued through a residential area, disturbing the peace all the while violating the emergency curfew order."

At approximately 8:25 p.m., Wauwatosa police say they encountered a group of vehicles "driving across all lanes," and tire deflation devices were used.

Police say some occupants cooperated when they were told they were under arrest, but some refused, and officers forcibly removed those who refused.

Although the National Guard was posted at locations, they did not participate in the arrests, police say.

A total of 24 people were arrested during the "unlawful demonstrations" Thursday night in Wauwatosa.