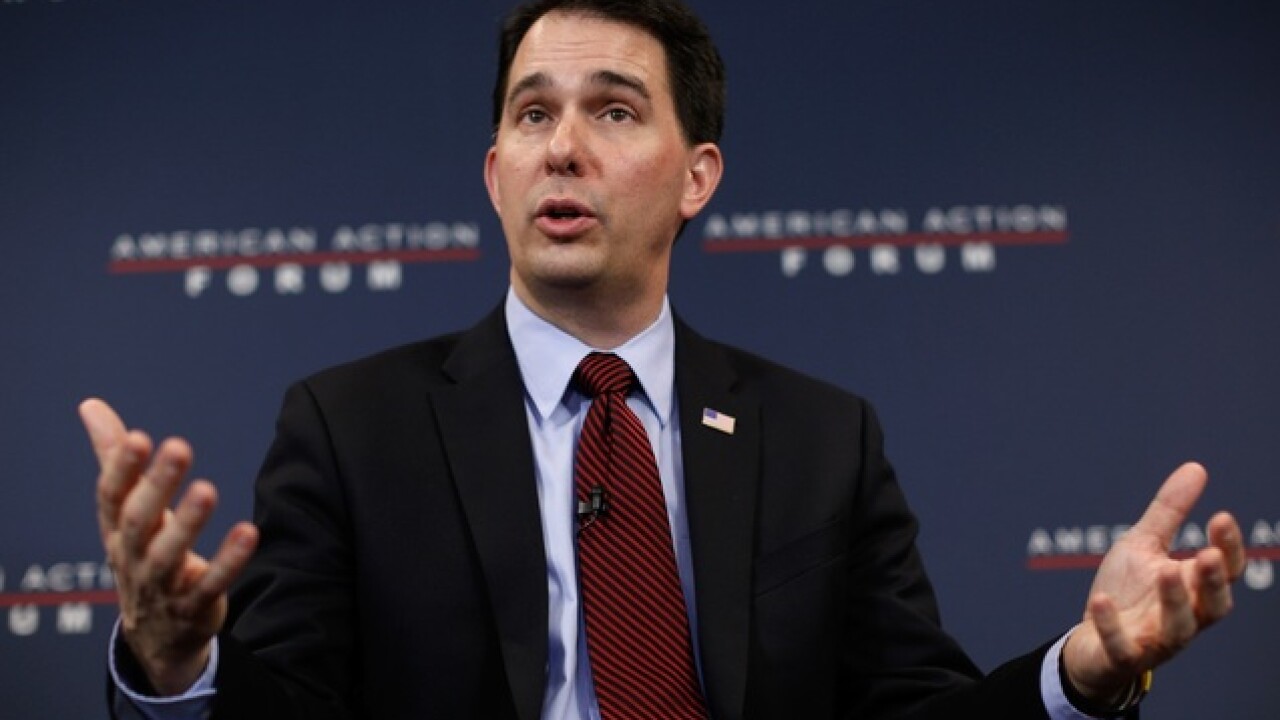 Copyright Getty Images
Win McNamee
<p><strong><a href="http://www.tmj4.com/news/local-news/gov-scott-walker-officially-announces-re-election-campaign">Gov. Scott Walker</a> </strong>will be the Republican candidate for Wisconsin governor in November. Walker unsuccessfully ran for President in 2016, but says he is ready for the 2018 Wisconsin election.<br />  </p>

MADISON, Wis. (AP) — Gov. Scott Walker is calling himself an "education governor," launching a new ad touting his record and setting a goal to make Wisconsin's high school graduation rates the highest in the country.

The moves come as Walker tries to blunt attacks from his 10 Democratic opponents. All of them have made criticism of the two-term Republican incumbent's education record central to their campaigns against him.

Walker tells The Associated Press that he's not ceding any ground on the issue of education. Walker says, "We firmly believe we've got the case to be made that I'm an education governor."