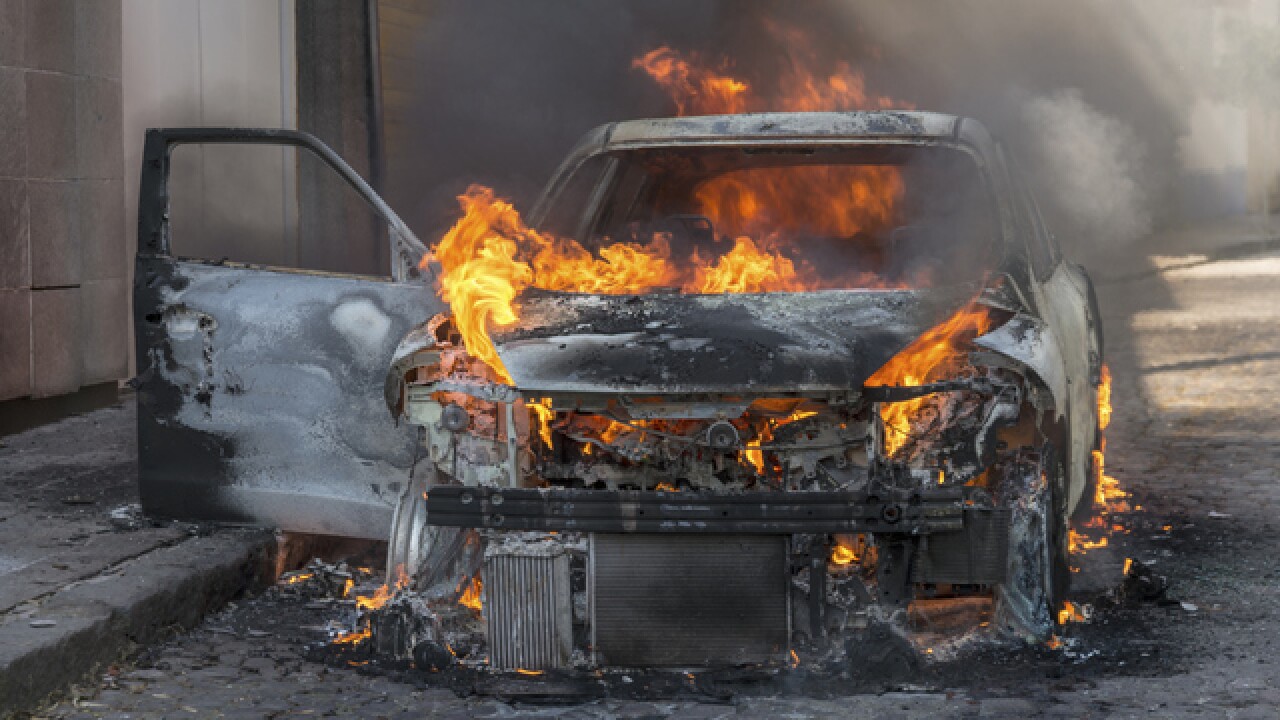 A 27-year-old Racine man was unconscious as his car bursts into flames. Milwaukee Police say the car slammed into a building, after it swerved from hitting another car.

Dale Gilbo says he happened to drive by when this all happened. He grabbed a hammer and broke the driver's side glass.

More Good Samaritans arrived on scene to help drag him to safety.

"I actually thought he was dead at first because he wasn't awake he wasn't speaking. He was there slumped over the wheel, pulled him out of there, pulled him 12 feet away from the car so it wouldn't explode," said Gilbo.

The flames quickly made it to the side of the building with two families inside. Dale pulled the burning car away from the building as others called 911.

The video was captured by Milwaukee Journal Sentinel's Mike De Sisti. No one was cited for this crash, according to Milwaukee Police.