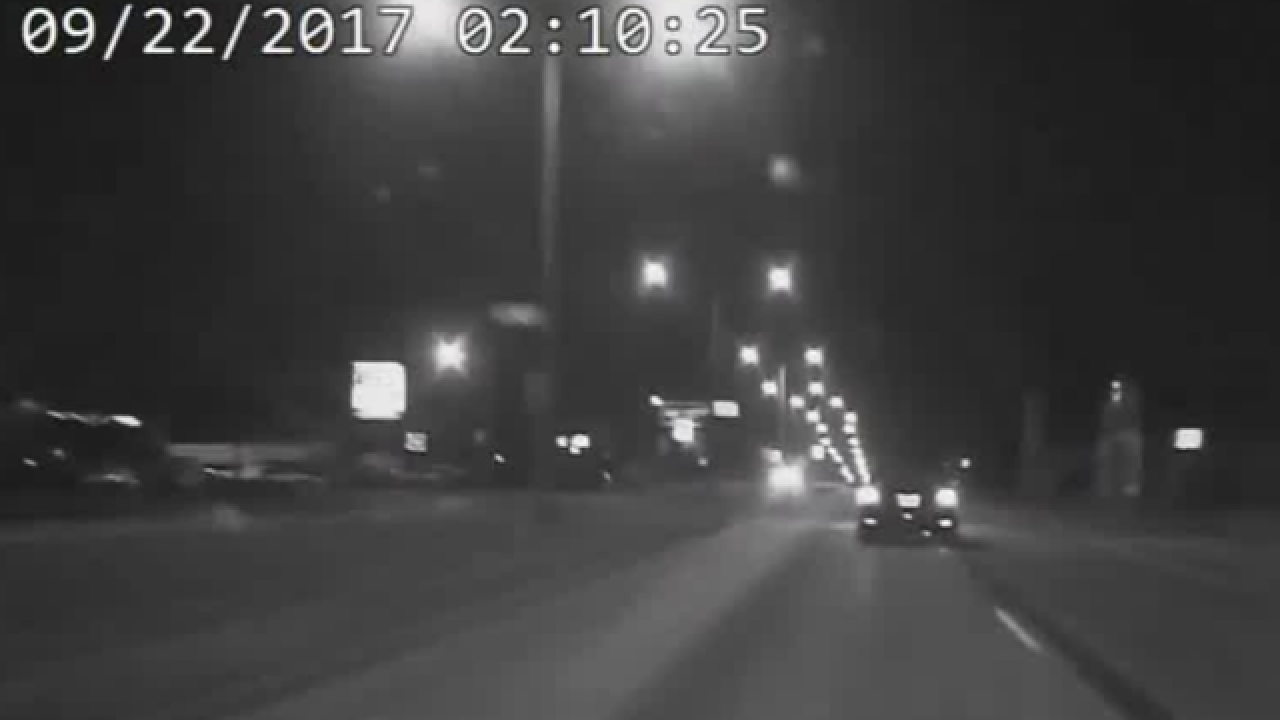 During a car chase with Greenfield police, suspects running from officers slammed the car into one of the squad cars, and dash cam video captured the incident.

According to a news release from the police, a suspect in a small blue car led Hales Corners police on a chase on Forest Home Avenue, and Greenfield police joined in.

During the chase, the driver slammed into one of the police cars, but was later stopped after another squad car stopped it using the PIT maneuver.

"You can see him veering back and forth and it looks like he's veering right towards him like he wanted to hit him," said Captain Sean Licht, Greenfield Police.

The chase started when a neighbor called police, after seeing teens walking around houses near the west end of Greenfield.  Police went after four people in a stolen.

"When one of our sergeants saw the pursuit coming he pulled out in front, had his lights activated he was probably going about 40 miles per hour and the suspects' vehicle rammed into the back of the sergeant.  We estimate at probably 80 miles per hour," Licht said.

The two people in front ran away. The two 16-year-old's in the back were taken to the hospital.

"These kids are stealing cars and committing violent felonies and putting the public at risk," Licht said.

One of the teens already had eight arrests for stealing cars.  Police found fentanyl and a key from a car dealership burglary on him.

"We as a department and I think departments throughout the area are getting frustrated with the juvenile crimes going on it seems it's like a revolving door," Licht said.  "There's a time to say enough is enough and more needs to be done with these kids."

Police found heroin and cocaine on the other back seat passenger.  His record includes arrests stealing cars, among other crimes.

Both teens face stolen vehicle and drug charges and will be turned over to juvenile authorities.

"Where are these kids parents that's the one issue there.  Another issue is the courts what are they doing with these kids," Licht said.

The officer driving behind the teenagers was treated for minor injuries at the hospital.

Two other suspects are still on the loose.