USS Milwaukee stops in Detroit ahead of duty 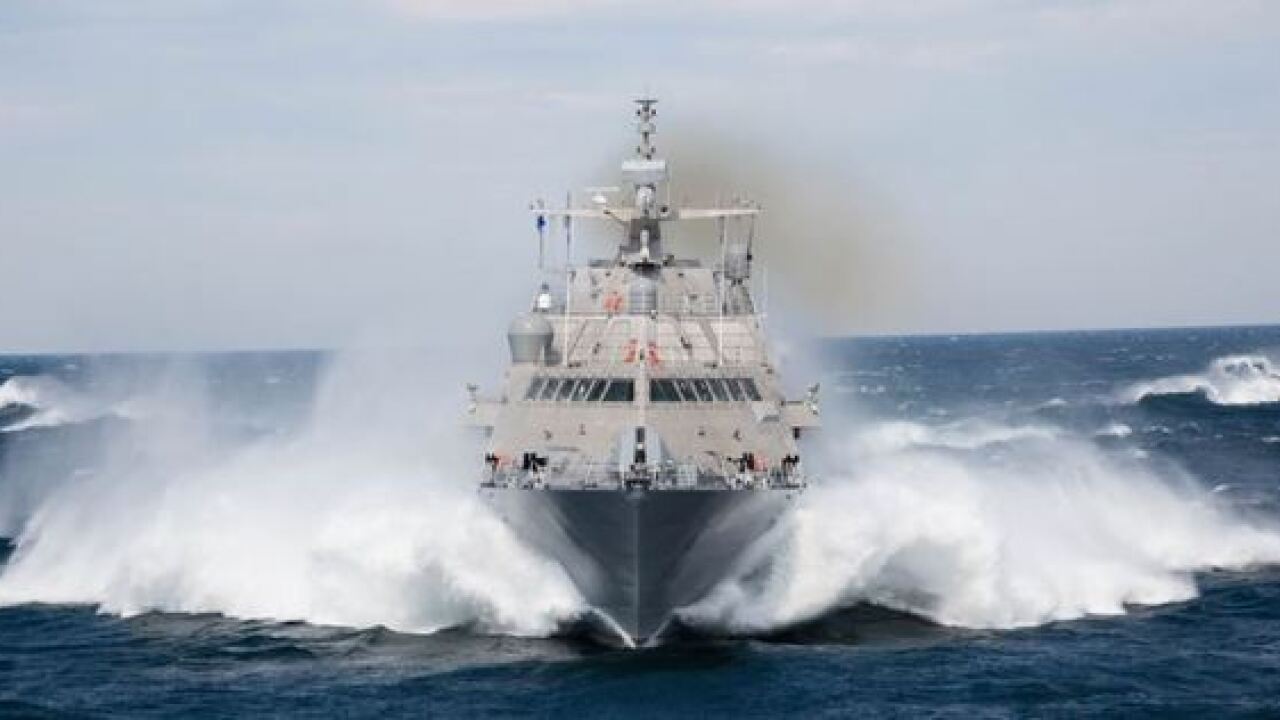 Copyright 2017 Scripps Media, Inc. All rights reserved. This material may not be published, broadcast, rewritten, or redistributed.
Riley, Marcus

By: The Associated Press
Posted at 10:03 AM, Nov 25, 2015
DETROIT (AP) -- The USS Milwaukee littoral combat ship is stopping in Detroit en route to duty in the South China Sea.
The ship is scheduled to dock at the Port of Detroit on Wednesday afternoon and depart the next day. The USS Milwaukee is a sister ship to the USS Detroit, which will be commissioned in Detroit next year.
RELATED:
The USS Milwaukee was commissioned Saturday in Milwaukee. After the Detroit stop the ship will travel through the St. Lawrence Seaway to the East Coast, then south to the Panama Canal to reach its home port of San Diego.
The USS Milwaukee was built in Marinette, Wisconsin, where the USS Detroit also is being built. The littoral combat ships can operate much closer to shore, and go at faster speeds, than other vessels.
Associated Press 2015