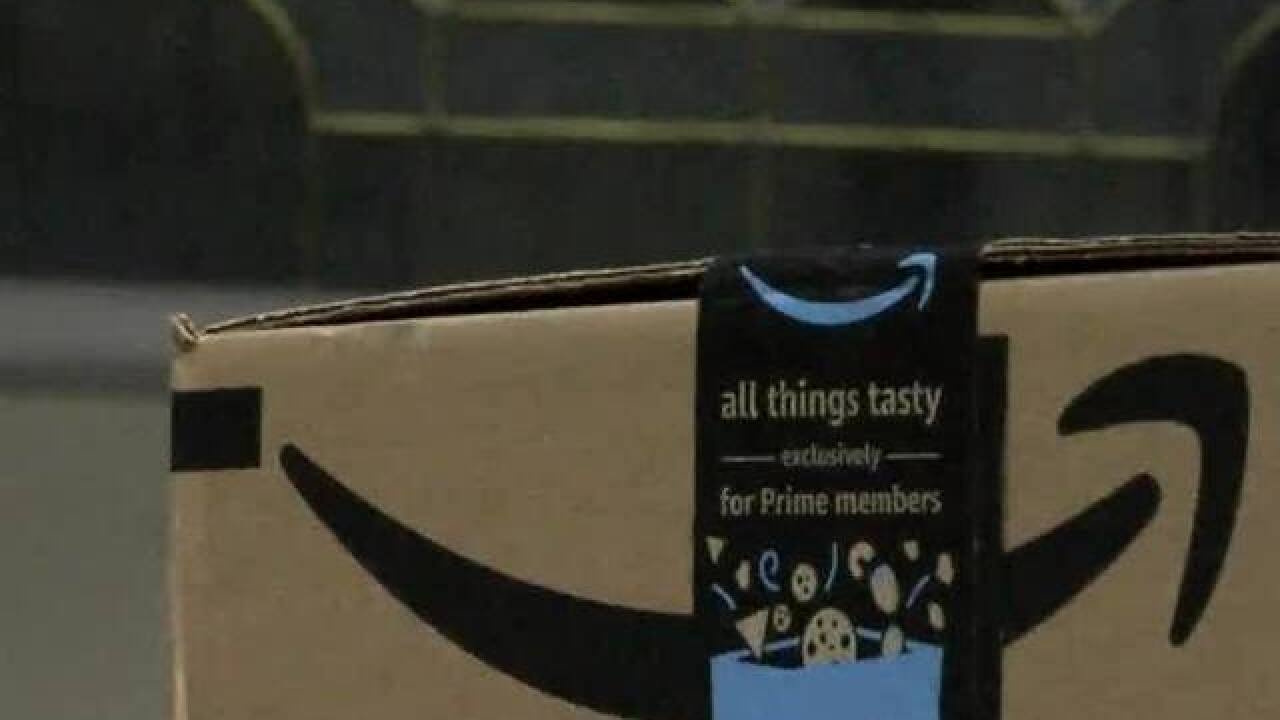 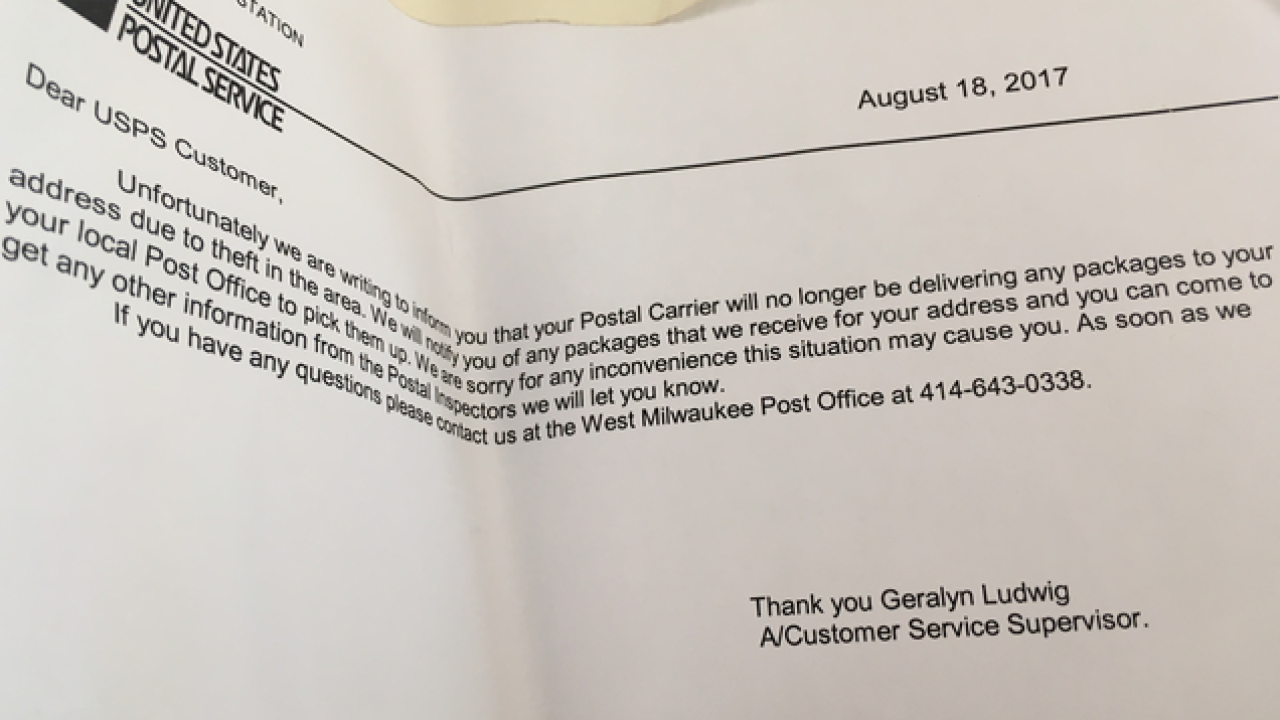 By: Ben Jordan
Posted at 11:25 AM, Aug 27, 2017
MILWAUKEE -- The U.S. Postal Service is indefinitely stopping some deliveries in Milwaukee.
Just last week, residents along 10th and Oklahoma received a letter in the mail from USPS saying packages will temporarily need to be picked up at their local office. A USPS supervisor said this is an effort to protect customers after a spree of package thefts in the area. The supervisor said they’re investigating reports of thieves following mail carriers to target packages.
"We were mad, we were irritated," said a recent mail theft victim who doesn’t want to share her name. "Nobody can just come because it's sitting there that it's theirs."
The woman said she ordered a pair of virtual reality headsets about a month ago, but the delivery never came.
"We'd been waiting for it so I called them and they said it was delivered," she said.
Lori Collenburg lives across the street. Her husband claims he watched the thief in action.
"The package was delivered across the street and minutes later the gentleman came up and picked up the package," said Collenburg.
"The kid looked like he was reaching in back and he slammed the door," the theft victim added.
The incident was reported to police. A USPS supervisor said several opened packages were dumped in a back alley.
"He was checking out every porch and looking for packages," said Collenburg.
USPS says they will deliver to customers' doors upon request, however if those packages are stolen, the postal service will not be held liable.
Copyright 2016 Scripps Media, Inc. All rights reserved. This material may not be published, broadcast, rewritten, or redistributed.