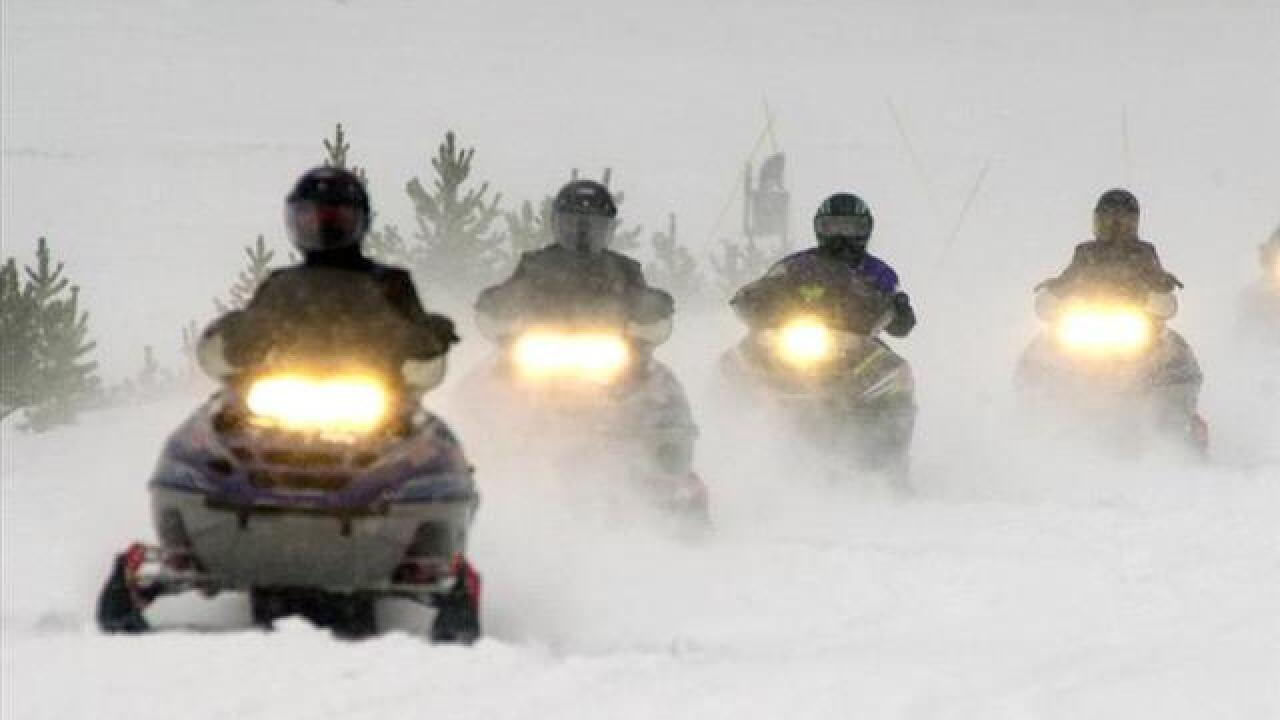 EAU CLAIRE, Wis. (AP) -- A new Wisconsin law requires snowmobilers to purchase a $30 pass to use the state's trail system, though snowmobile club members get a $20 discount.
A separate $30 registration fee for a snowmobile is still required. But instead of lasting for only two years, the registration now is good for three years before it needs to be renewed.
"It's a break for everyone who belongs to a club. When they went to set this up, our numbers were going down as far as club members," said Jerry Vetterkind, who is president of the Associated Snowmobile Clubs of Eau Claire County and also president of the Cleghorn Snow Drifters club.
Seven clubs are responsible for maintaining and grooming the 181-mile trail system in Eau Claire County. Statewide, more than 600 snowmobile clubs maintain more than 25,000 miles of trails.
"If you've been out in the country now, you've seen the trail signs going up. It's all volunteer work," Vetterkind told the Leader-Telegram .
The new trail fee appears to be having an effect because membership is up in clubs locally and across the state, Vetterkind said. The more members there are in the clubs, the more potential volunteers there are to help with maintenance work, he said.
Funds from snowmobile registration fees and a gas tax on fuel used for snowmobiles, combined with trail fees, go into an account that pays for signs, grooming, trail maintenance and enforcement on snowmobile trails.
The earliest trails could open is Dec. 13, but the region must receive snow for that to happen. If snow does arrive, volunteers from clubs will groom snowmobile trails.
Associated Press 2015