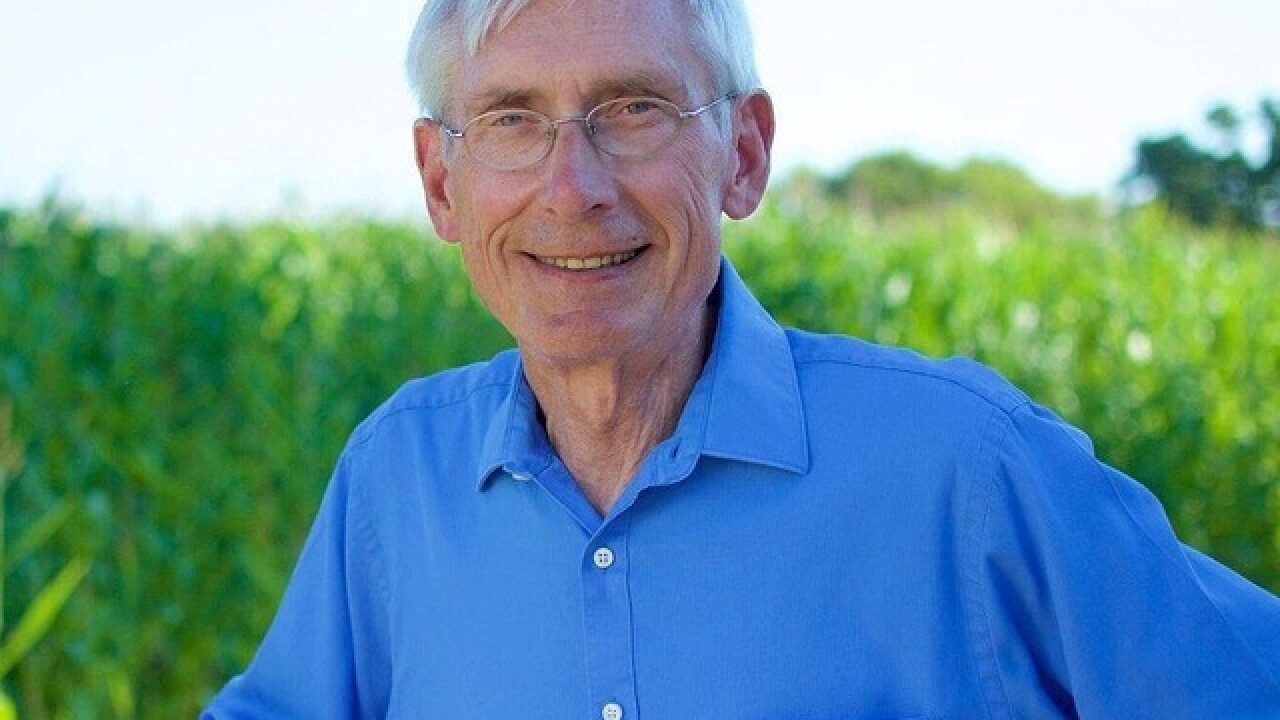 Facebook.com/Tony4WI
<strong><a href="http://www.tmj4.com/news/report-wisconsin-education-state-superintendent-tony-evers-files-paperwork-to-run-for-governor">Tony Evers</a></strong> won the Democratic nomination after Tuesday's primary election. He is currently the head of the Wisconsin Department of Public Instruction.

MADISON, Wis. (AP) — Democratic Gov.-elect Tony Evers named four more members of his Cabinet on Friday, including a proponent of raising taxes to improve the condition of Wisconsin's roads as head of the state Department of Transportation.

Evers also announced his picks to lead agencies overseeing agriculture, insurance and public utilities. That brings to eight the number of Cabinet secretaries Evers has announced to date, all this week. He has nine more to pick.

All of his appointees will need to be confirmed by the Republican-controlled state Senate.

— Craig Thompson, Department of Transportation. Thompson currently serves as executive director of the Transportation Development Association of Wisconsin, which has been a strong advocate of increasing taxes and fees to pay for road improvements. That issue has stymied the Legislature in recent years, with Assembly Republicans proposing a gas tax hike only to be blocked by Senate Republicans and Gov. Scott Walker.

The budget signed by Walker increased borrowing to pay for roads instead of raising taxes.

Evers reiterated Friday, as he has throughout the campaign, that he's open to all options to find a permanent road-funding solution. But he has yet to outline a plan, instead saying he wants to talk with interested parties to come up with a proposal.

"We're not going to predetermine anything," Evers said.

When asked what the maximum reasonable gas tax increase would be, Thompson declined to give a number. But his organization, which includes businesses, unions, citizen groups, local units of government and individuals, supported raising the gas tax or increasing license plate registration fees to pay for roads.

— Mark Afable, insurance commissioner. Afable has worked for American Family Insurance in Madison since 1994 and currently serves as its chief legal officer.

— Rebecca Cameron Valcq, chairwoman of the Public Service Commission. Valcq is a partner at the Quarles & Brady law firm in Milwaukee, where she specializes in regulatory law. She previously spent 15 years as a regulatory attorney for We Energies, the state's largest energy company.

— Brad Pfaff, Department of Agriculture, Trade and Consumer Protection. Pfaff has worked as deputy chief of staff to U.S. Rep. Ron Kind, a Democrat from La Crosse, since 2017. Pfaff was born and raised on a dairy farm in La Crosse County. He previously worked under President Barack Obama's administration as executive director of the U.S. Department of Agriculture Farm Service Agency.