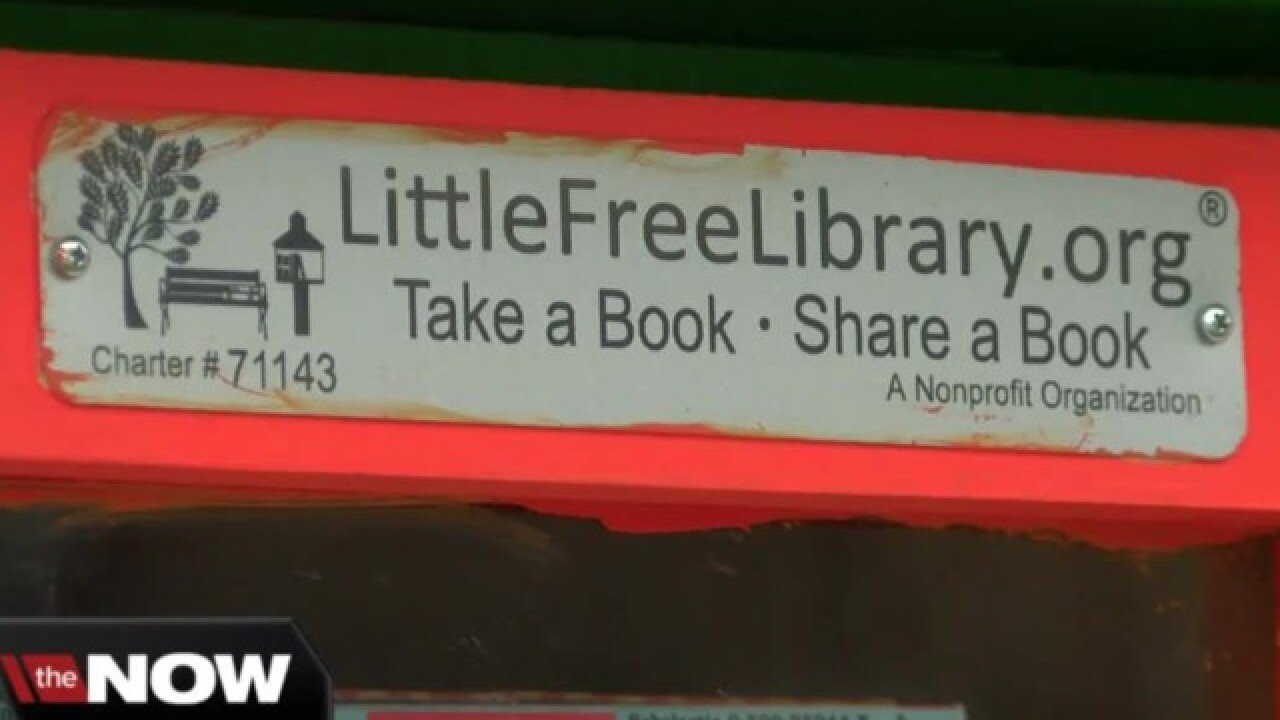 HUDSON, Wis. (AP) -- The Wisconsin man who founded the Little Free Library, a nonprofit that began with a dollhouse-like box of free books in his front yard and ballooned into an international book-sharing and literacy project, has died.

Todd Bol died Thursday in a Minnesota hospice of complications from pancreatic cancer, said Margret Aldrich, spokeswoman for the nonprofit. He was 62.

Bol designed and built the first Little Free Library at his home in Hudson, Wisconsin, in 2009, as a tribute to his mother, who was a teacher and book lover. He put up a miniature version of a one-room schoolhouse on a post outside his home, filled it with books and invited neighbors to borrow them.

They loved it, and the idea quickly caught on. Thanks to the power of a good idea, the allure of a book and the wildfire of the internet, the boxes have since popped up across the U.S. and in more than 80 countries.

The whimsical boxes, placed mainly in front yards, parks and gardens, are designed to hold 20 to 100 books. They invite passers-by to "take a book, share a book."

"It's weird to be an international phenomenon," Bol told The Associated Press in 2012.

The book-sharing boxes are also being adopted by a growing number of groups as a way of promoting literacy in inner cities and underdeveloped countries.

Bol, diagnosed earlier this month with pancreatic cancer, recently reflected on the power of the dollhouse-sized libraries and those caring for them during an interview with the Star Tribune.

"If I may be so bold, I'm the most successful person I know," Bol, with a sideways smile, told the newspaper. "Because I stimulate 54 million books to be read and neighbors to talk to each other. As far as I'm concerned, that's the very definition of success."