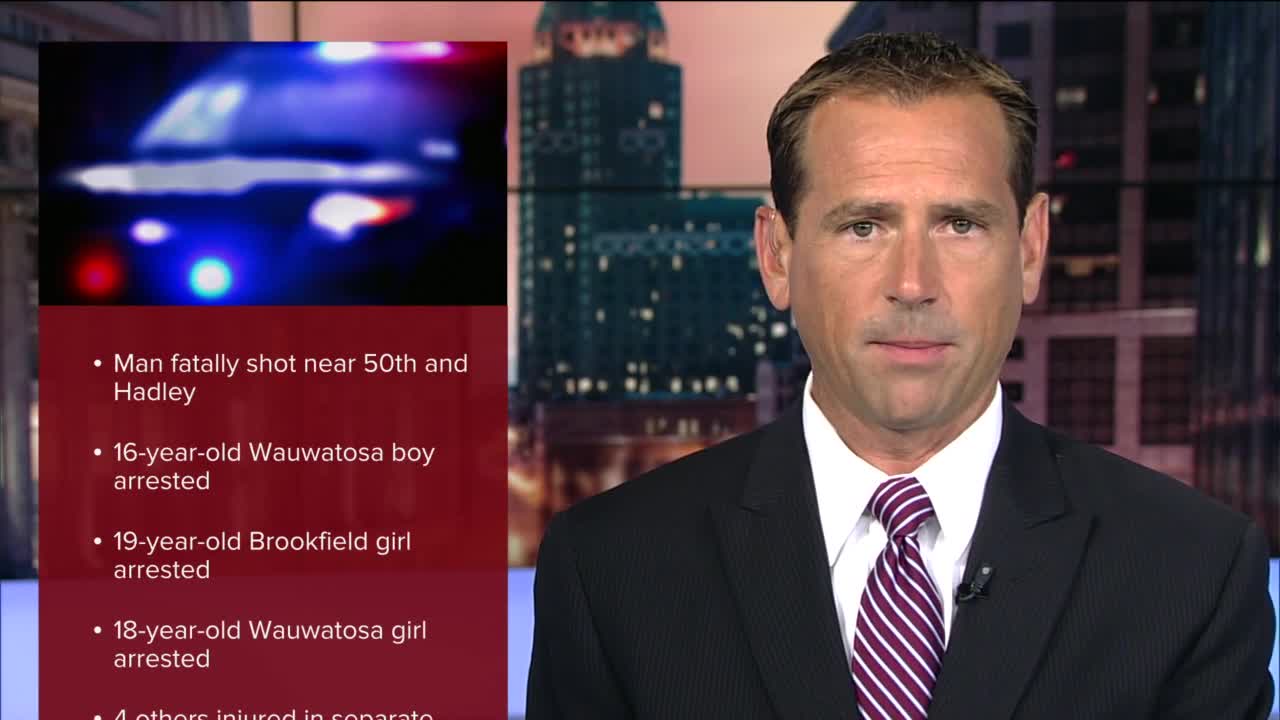 5 people were shot in overnight shootings in Milwaukee.

MILWAUKEE — Three teens were arrested after a deadly shooting in Milwaukee Wednesday night.

Milwaukee police said a man was shot in the 2800 block of N. 50th Street just before 10 p.m Wednesday. He was driven to the District 3 police station where he died from his injuries.

A 16-year-old and an 18-year-old from Wauwatosa, and a 19-year-old from Brookfield, were all arrested in connection to the deadly shooting. The circumstances leading up to the shooting are being investigated.

Four others were shot in unrelated shootings in Milwaukee.

No arrests have been made in any of the additional shootings. Anyone with information is asked to contact police.