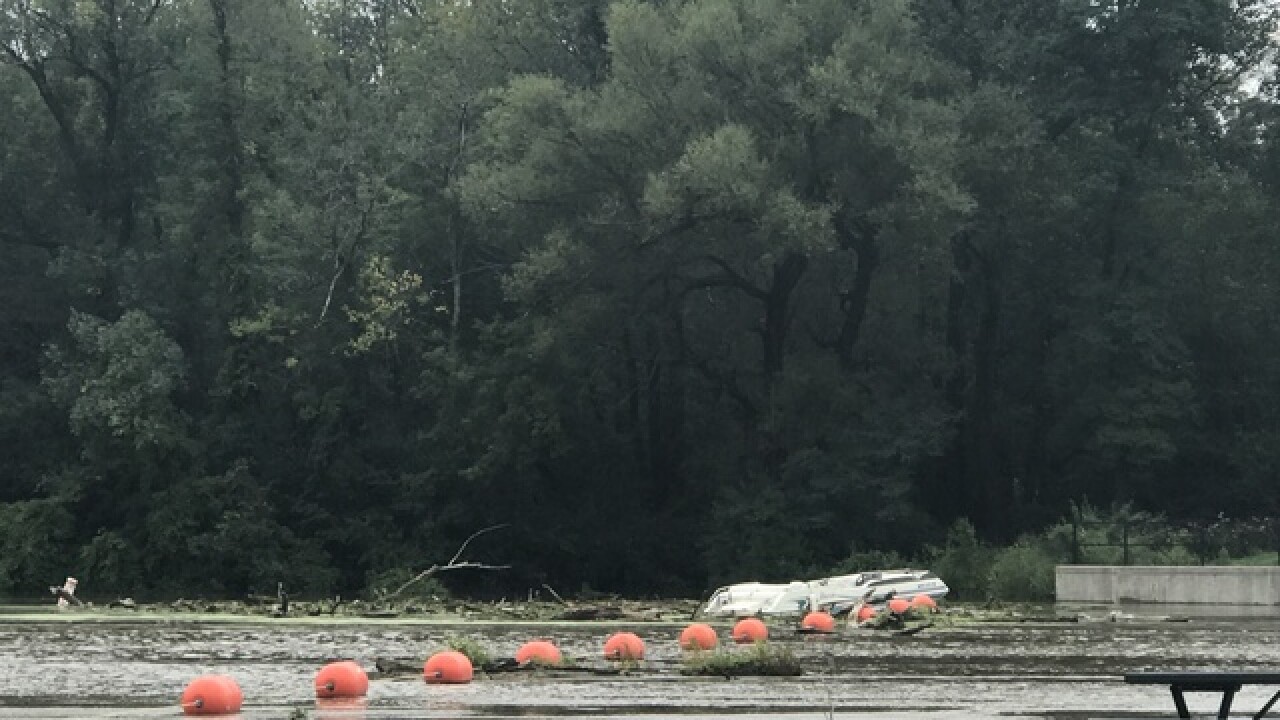 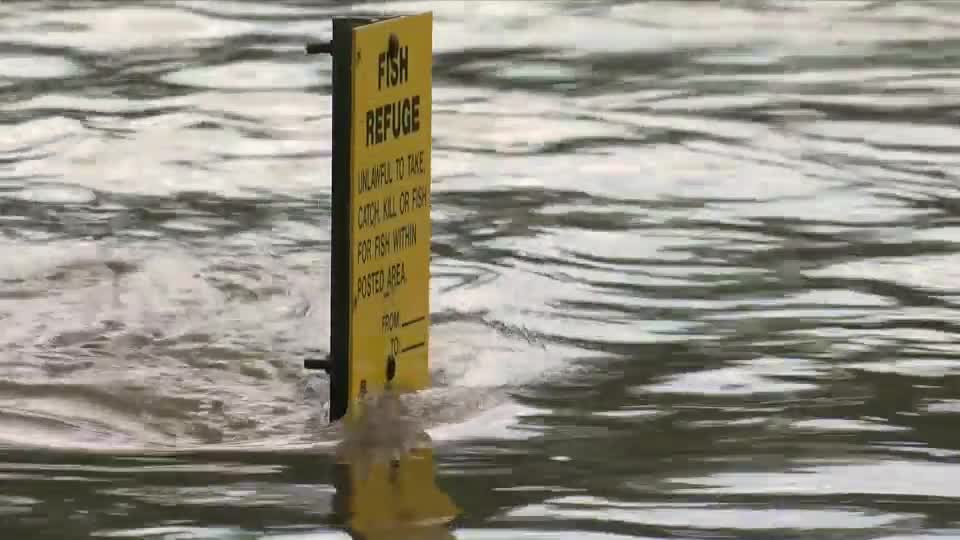 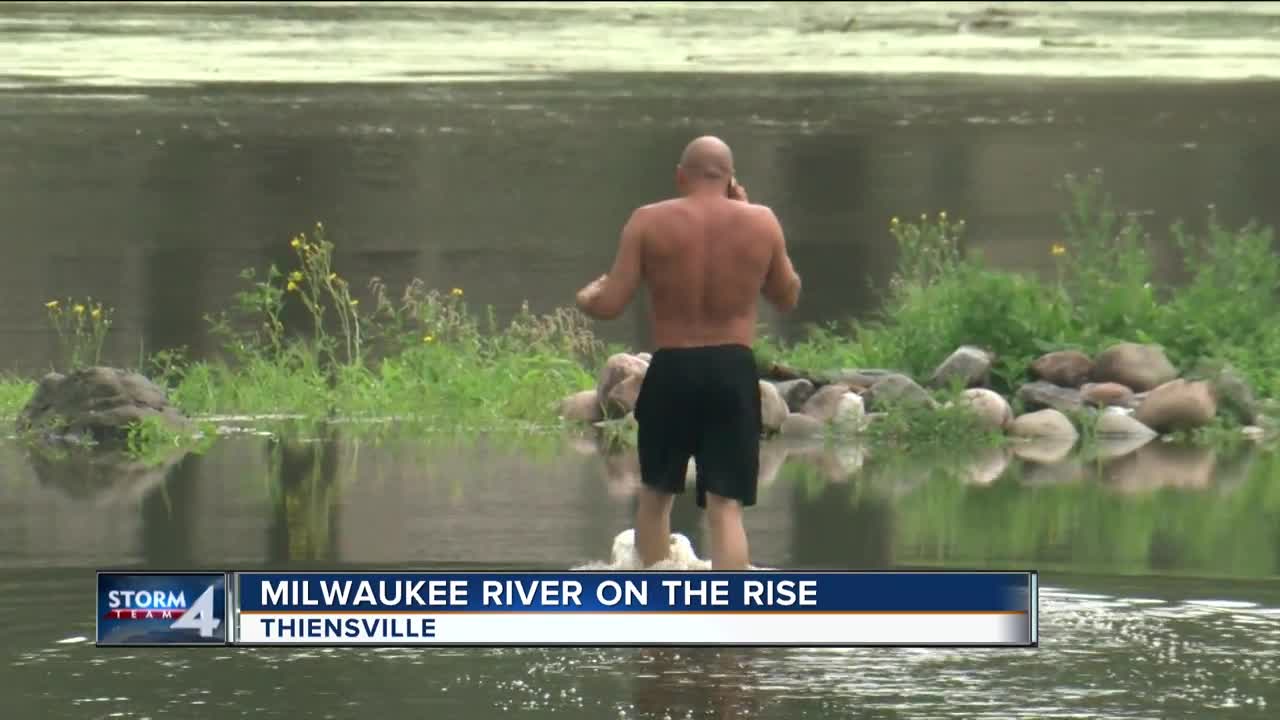 As of Monday afternoon, the water level of the river was approaching 11 feet - which is the flood stage.

But according to the National Weather Service, the river will crest at approximately 14.1 feet sometime after Midnight Tuesday morning.

Andy LaFond, Thiensville's Public Works/Emergency Management Director, said the last time the river was at that approximate level was in 2008.

He said that's also the last time flooding caused any road and business closures in Thiensville.

The village had struggled with flooding on several occasions before 2008.

"We've done quite a bit of flood mitigation work since then," LaFond said.

He said that work included changes to improve the water flow around Pigeon Creek, which feeds into the river, and also improvements to local storm sewers.

"Updating them, changing the design, protecting our sanitary sewer system from clear water - rainwater - leaking in to protect businesses as well," LaFond said of the improvements.

He added Thiensville only received about four inches of rain overnight, but that areas along the river and North of the village got hit harder.

"We're at the mercy of what flows downstream," LaFond said.

On Monday morning, neighbors at Thiensville's Village Park spotted a boat that was washed away from its dock sitting stuck in the middle of the river and surrounded by debris.

Debris from trees and yards, and even a nearby wooden dock that was washed away by the high waters, were churning in the Thiensville dam.

At the Village's Department of Public Works facility on Freistadt Rd., workers set up a pile of sand, and bags, which were complementary to village residents hoping to fortify their homes and businesses.

But LaFond noted many of the locals are used to the river periodically flooding and have their own sandbags already.

"A lot of the people that have lived here, or have done business here, for a long time are quite savvy," LaFond said.