They thought she was dead, but these students' quick thinking saved an athletic trainer's life 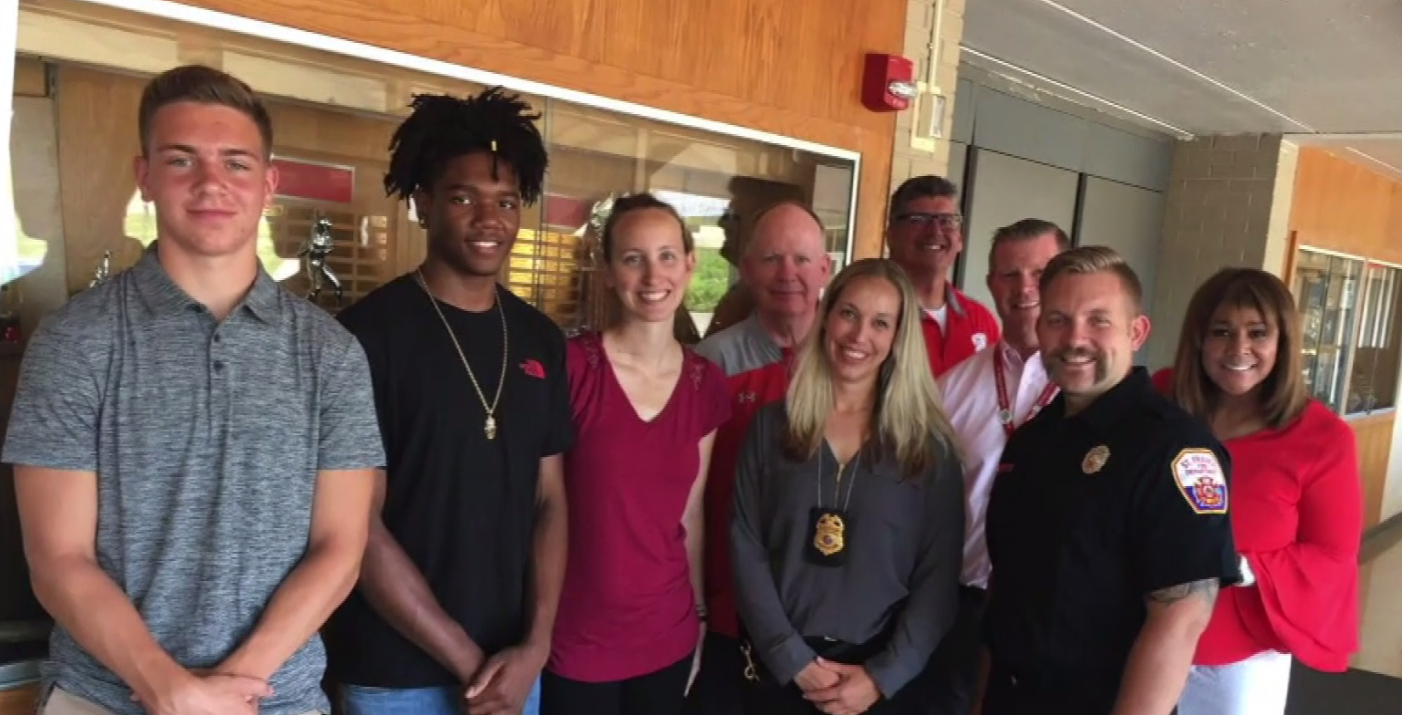 Students at St. Francis high school had to act fast when their athletic trainer had a sudden heart attack.

ST. FRANICS, WI — Dispatcher: "What's the problem at St. Francis High School?" Caller: "The trainer. She's like on the bed, passed out. She's dead. She's blue in the face."

Students and staff at St. Francis high school had no clue that when they showed up for class they'd be part of a life or death event. Suddenly, they became teammates part of a race to save a pregnant mom's life.

"It was like horrifying," recalls Kyle Kubacki. The 17-year-old St. Francis student was getting treated by the 33-year-old athletic trainer, Niki Hoppe, when she collapsed.

"She was turning blue and that was the scariest part," says Kubacki.

"She was like blue. I seen her veins and everything. I was scared, but I still kept my cool!" exclaims Duncan.

The lineup of potential lifesavers---staff members.

"She's a friend. She's our family, and that's how we work here at this school. You're family," Chris Fox, Assistant Principal of St. Francis High School, said.

"We applied the AED. It said shock advised and that her heart wasn't working correctly," Detective Holly McManus of the St. Francis Police Department said.

"Another school staff member actually came out and said to she's gone, she's not coming back."

Hoppe said, "It's kind of a surreal feeling. I have no memory of about the five days prior to that."

Till her collapse, the athletic trainer was the picture of health.

"I'm the last person anyone thought that would happen to," Hoppe said. "A lot of people get this feeling that nothing can happen to me because I'm young and that's just not the case."

Hoppe now has a defibrillator implanted in her body.

"When I was brought into the emergency room at Froedtert my heart was only functioning at 20 percent. They had my husband sign papers for a heart transplant," Hoppe said.

Today Hoppe is doing well thanks to a winning team that joined the race to save her.

"The majority of the time we don't hear the end of the story..for us to actually hear what happened and the outcome it was definitely heartwarming," Derrick Zolinski of the St. Francis Fire Department said.

"After I got the news that she was okay, it was like a weight off my shoulders...I was happy." Duncan said.

"She was pretty much clinically dead at that time she was purple," Fox said.

"When the principal told me the baby was doing well and she had recovered it was great emotion and great relief." Sarver said.

"The right place at the right time. Having the right people there willing to take that next step was what saved her life and saved her baby's life."

Doctors still don't know why Niki Hoppe's heart stopped, but Hoppe's grateful to the team that never missed a beat to save her and her baby's heartbeat.

"My daughter and I we literally owe them our lives. If it wasn't how they reacted, we wouldn't be here."