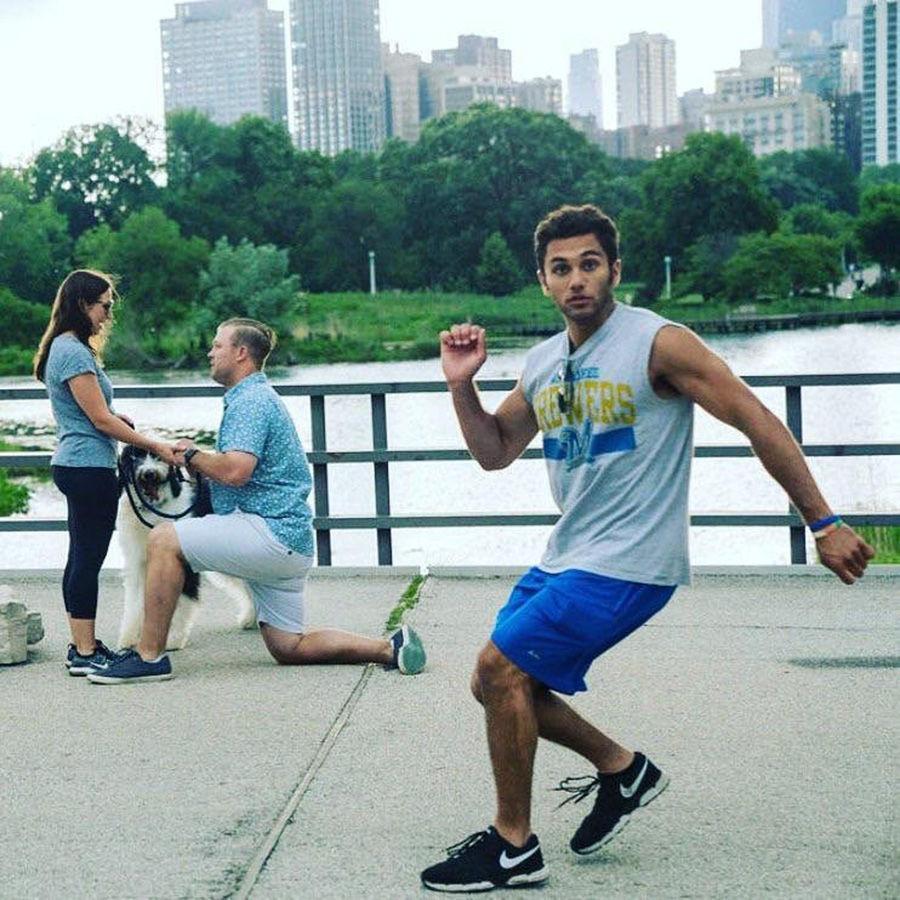 What started a casual stroll turned into his 15 minutes of fame.

SOMERS — Imagine accidentally walking into the photo of a marriage proposal and instead of that photo being deleted, it gets uploaded to the internet and goes viral.

That’s exactly what happened to Somers man Tony Martin. He accidentally photobombed the moment Patrick Twardak proposed to Brooke Osborne. A photographer captured the now-iconic image and has since gone viral.

"I never thought I'd be a meme,” Martin said.

Not only is the original photo viral, but the internet has turned it into a meme inserting his shocked expression into other iconic photos.

It all started on a rainy Wednesday at Chicago's Lincoln Park Zoo. Martin, who is studying at University Wisconsin-Parkside, was just looking for cover.

"We go over this like bridge, and I see this man get down on a knee and he’s going to propose, and I'm like, 'Oh, wow, that's pretty cool. Good for them.' And I just keep walking 'cause I didn’t know there was another guy taking a picture.”

Little did Martin know he was walking into his 15 minutes of fame.

“All of a sudden, I look to my left, and I see him, the guy with the camera, and I'm like, 'Oh, crap,' and that's when I jump back and that's when that pose happened of me with my arm back that everyone thought I was jogging.”

Just one day later, the photo blew up. It’s a pose that Martin will never forget. The photo of his wide-eyed expression and his arms outstretched as he stops and begins to backtrack will follow him for the rest of his life. That doesn’t bother him, though. He doesn’t have an issue with the newfound fame, either.

"I have not blocked anyone or made my accounts private.”

He has a lighthearted disposition about it all and said he thinks it’s funny.

He’s been labeled as the photobombing jogger, but he wasn’t actually running. He was just trying to walk backward.

Now you might think that the newly engaged couple would be mad this happened, especially Twardak who had to plan it all, but Martin said that’s not the case.

“I just probably messed his whole entire proposal, but they were pretty good sports about it, too.”

The couple has said it wants him to photobomb future moments like that.

There is a lesson Martin learned from all of this. You can literally walk into a viral moment.

"Especially now with 2019 with everyone has a phone and a camera they can take a picture any time and where they want anything you could be doing they could snap a photo of you and you're a meme or viral on the internet."