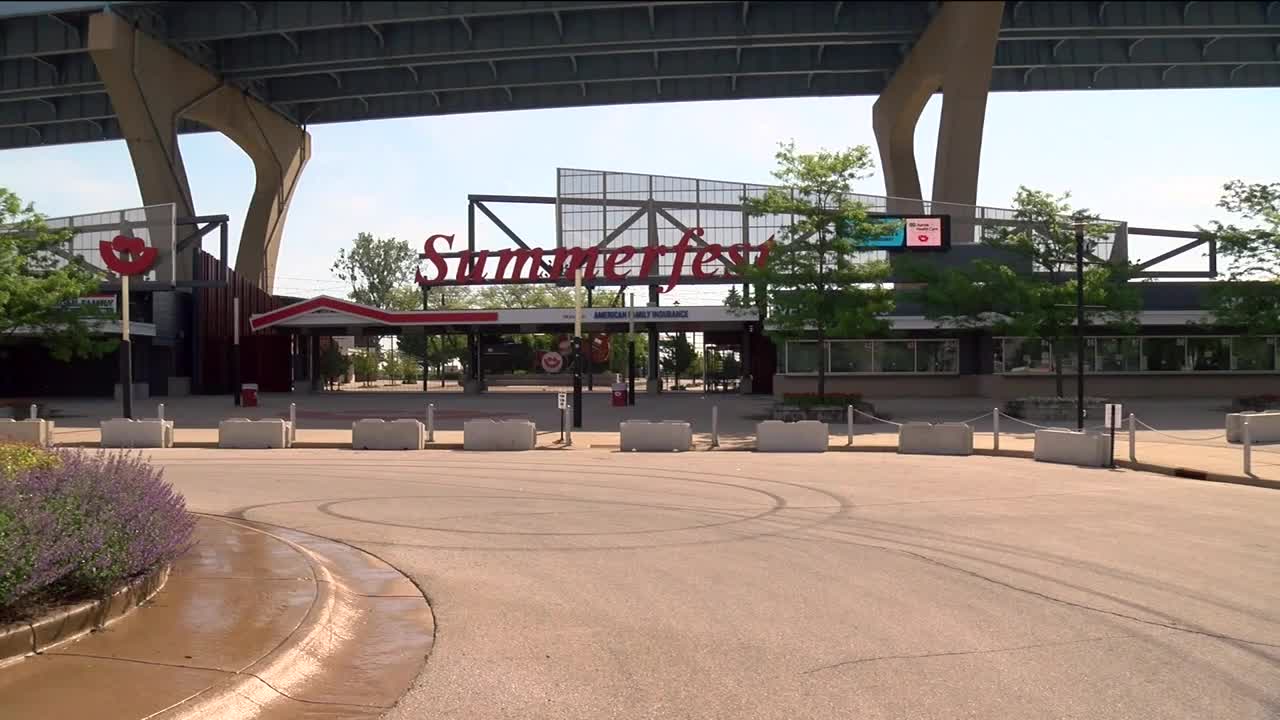 MILWAUKEE — For the first time in the festival’s 53 year history, there will be no Summerfest.

“We hate to be in this position, but we are,” said Don Smiley, President & CEO of Summerfest.

We were the only television crew there as this year’s big gig was canceled in a unanimous vote by the board of Summerfest’s parent company, Milwaukee World Festival Inc. It has far-reaching implications.

It’s a big loss for all of the festival’s vendors.

“From food vendors, to product vendors, to even the technical side of the business, yeah, we’re all in this together,” said Dan Elias, the Vice President of TSMGI - The Specialized Marketing Group Inc - which is the licensed partner and operator of the Summerfest store.

Elias’ team had already designed all new merchandise for Summerfest 2020.

“It’s a loss,” he said. “We understand it though. We are in discussions with Milwaukee World Festivals about different ways we can deliver on an alternative experience, perhaps virtually.”

Especially since we still don’t know how Summerfest 2021 could look, if the coronavirus pandemic remains a threat.

“No one has a crystal ball, we’re just going to be nimble and flexible, and change with the times,” Smiley said.

This would have been the first Summerfest with a fully-revamped American Family Insurance Amphitheater, which now sits empty indefinitely. Smiley says much of the festival’s reserve funds were used for that project.

The board also voted Thursday to approve a line of credit with BMO Harris Bank, if it becomes necessary.

Refunds for Summerfest general admission tickets are available at the Summerfest website.