STURTEVANT -- A battle over chickens in Sturtevant is now settled. The village board approved a measure Tuesday night to allow residents to have hens in their backyards.

While some are glad to be able to raise chickens, others are not excited about their new neighbors.

"These two chickens were the first two we got for Chase's birthday," said Sturtevant resident Amanda Frederick.

Frederick's family has owned chickens in their backyard for the past two years with approval from the village.

"We built a coop, we bought the chicks as little bitty babies and raised them," she said.

Many more homeowners could follow suit due to a new ordinance. The village board cleared up an issue; it had two contradictory ordinances about backyard chickens.

Village President Jayme Hoffman told TODAY'S TMJ4 that one allowed chickens in all residential areas while another said only on at least four acres of land.

Now, anyone with a backyard can have up to half a dozen hens with a permit.

Hoffman said chickens are to be kept in fully enclosed coops, at least 25 feet from their neighbors' property lines. Lashonda Carter is still crying 'fowl'.

"That's kind of strange because this is a city and they should have them in the country and not in a backyard," Carter said.

Frederick says one of the greatest benefits is the 'farm fresh' produce.

"Fresh eggs, they say the average eggs you buy at the store are going to be anywhere from two weeks to a month old already," she said. 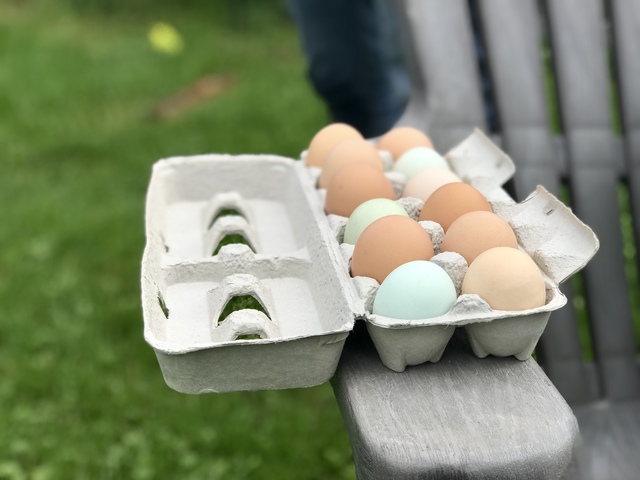 While one might think the Fredricks' would be pleased to keep their coop, that's not necessarily the case.

The ordinance only allows residents here to keep their chickens as pets. They aren't allowed to sell their eggs.

Watch the MPS Spelling Bee Finals this weekend on TMJ4.com