The Milwaukee street car, "The Hop," is almost ready to hit the tracks. The car will begin operating in August but riders will not be permitted until November.

With the blare of the horn, "The Hop" took to the streets on Milwaukee for the first time Wednesday.

The Milwaukee streetcar rolled out to a few onlookers.

"This is really exciting," said Christine Hinrichs who had her camera to snap some pictures of the first run.

"The Hop is pretty cool," said Corrinne Fabian who works nearby the test track.

The streetcar came out of the facility near 4th Street and St. Paul Avenue under battery power. Then it hooked onto the overhead electric lines and took off as planned. Though it was not going too fast or too far.

"We're just going to be basically operating our testing on St. Paul so it's going to be a lot of back and forth," said Milwaukee city engineer Jeff Polenske.

The plan for the first run was to just make sure everything was operating on the car and with the overhead wires as it should. 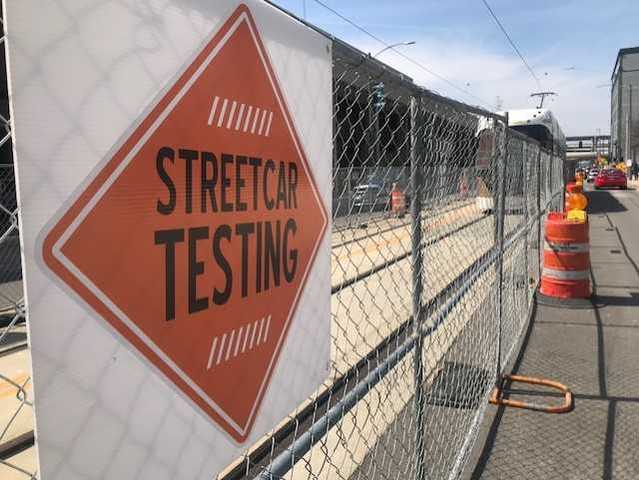 Though they are still months away from any riders, a few people were ready to get on.

Though some people are not ready to be long-term riders.

"We'll check it out maybe at lunchtime," said Fabian.

"I think I'll try it once, but we like to walk," said Linda Naranjo who works nearby.

If the testing goes as planned, in the next few months then the streetcar will be running all around its route throughout the city this summer. 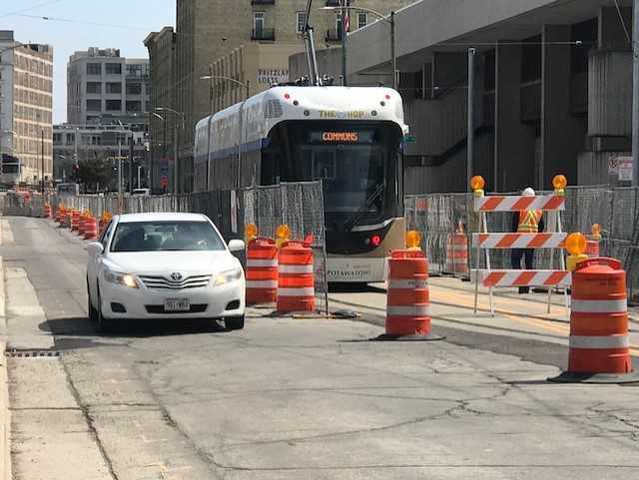