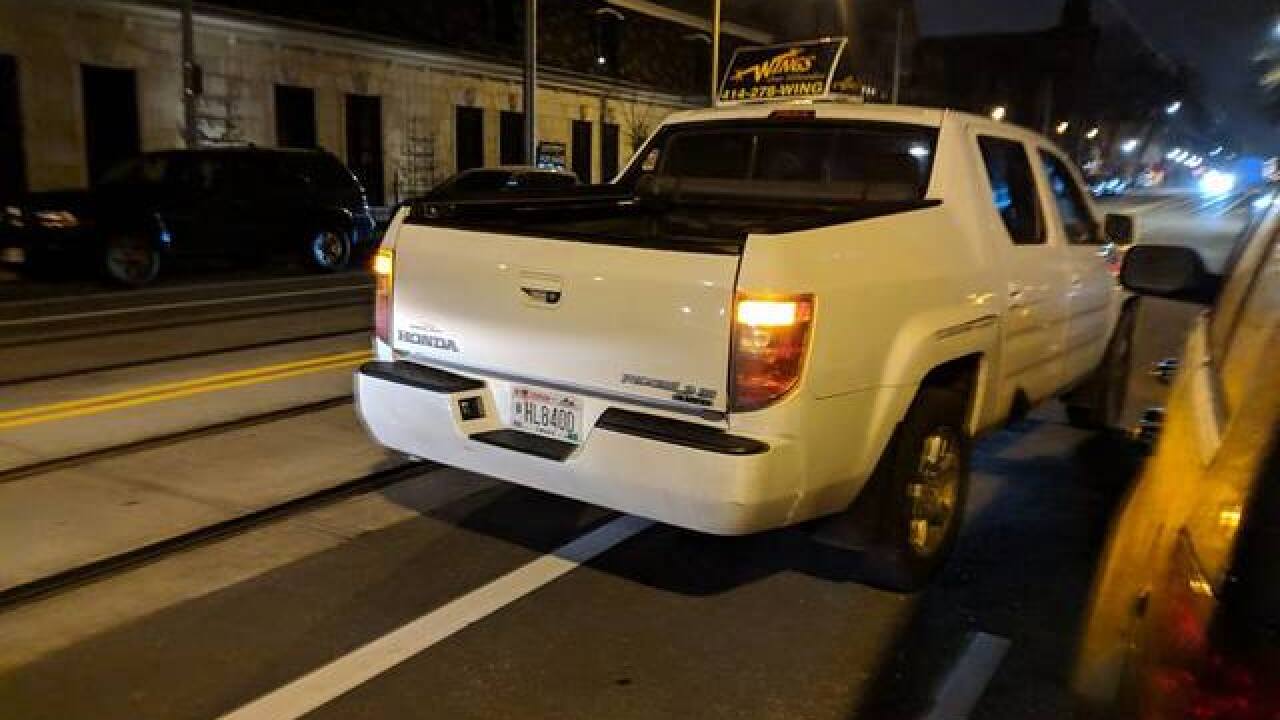 A delivery driver caused a small hiccup in the operation of The Hop on Saturday night, according to a photograph snapped by a witness.

Megan Cochran, who lives near Franklin & Ogden, took the photograph of a pickup truck with a Wings Over Milwaukee food delivery sign on the top of it temporarily double-parked and blocking the streetcar tracks.

Cochran said a streetcar operator, who could not maneuver around the vehicle, honked The Hop's horn for "over five minutes," before the delivery driver finally emerged from a nearby building and moved the vehicle.

"It was rather annoying," Cochran said.

She noted she was frustrated about the pickup truck driver, not the operator of the Hop sounding the vehicle's horn.

"It's not like the streetcar could go around him," Cochran said. "Why should drivers be able to park anywhere they want? And get away with parking illegally like that?"

In a response to a Facebook message, Wings Over Milwaukee said: "This was one of our drivers making an honest mistake."

"As of today, all of our drivers will be instructed to stay clear of the streetcar track when parking," the business added.

Cochran said it's not the first time she's witnessed a double-parked vehicle at least partially blocking the streetcar tracks near Franklin & Ogden in the last month.

She noted it's typically drivers picking up riders through Uber or Lyft.

"I don't have a total number," Polenske said. "But it's something operators will encounter on occasion."

The Hop officially began operating the first weekend of November.

Polenske said it's important drivers not block the tracks.

"We want to continue to operate," Polenske said. "We don't want to have to cite people with tickets."