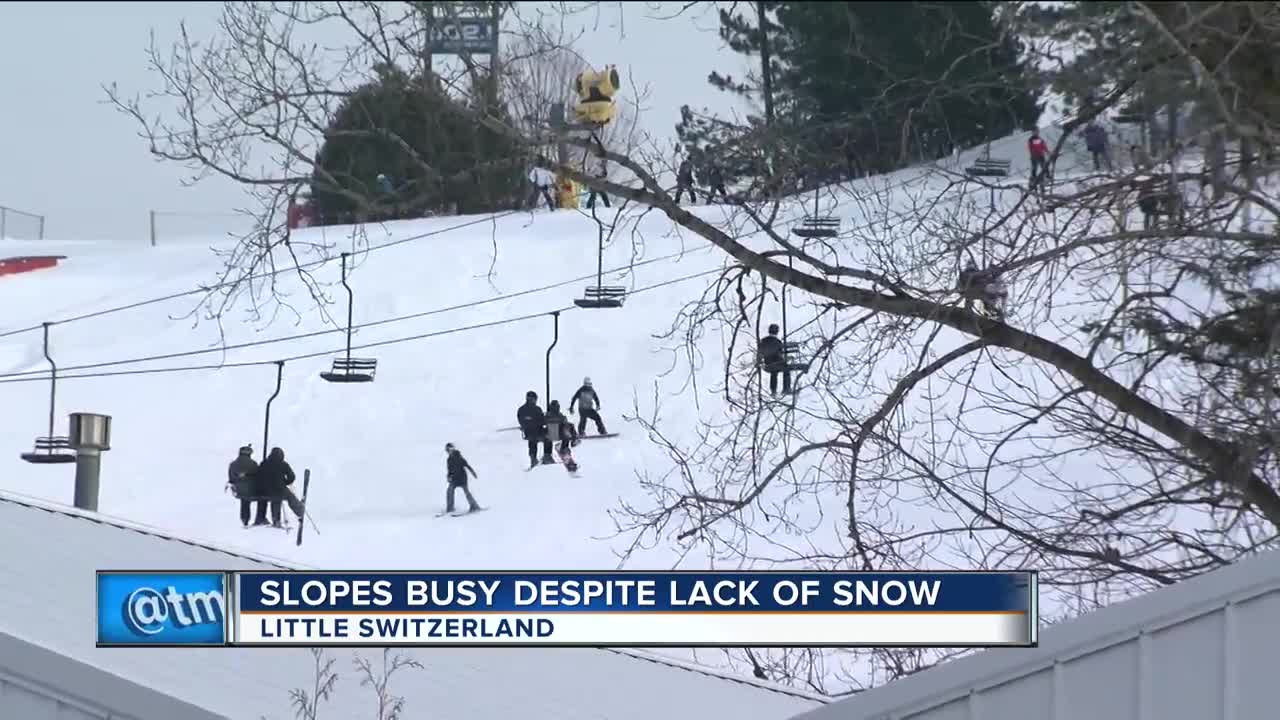 Little Switzerland and other slopes are busy despite the lack of snowfall in the Milwaukee area. 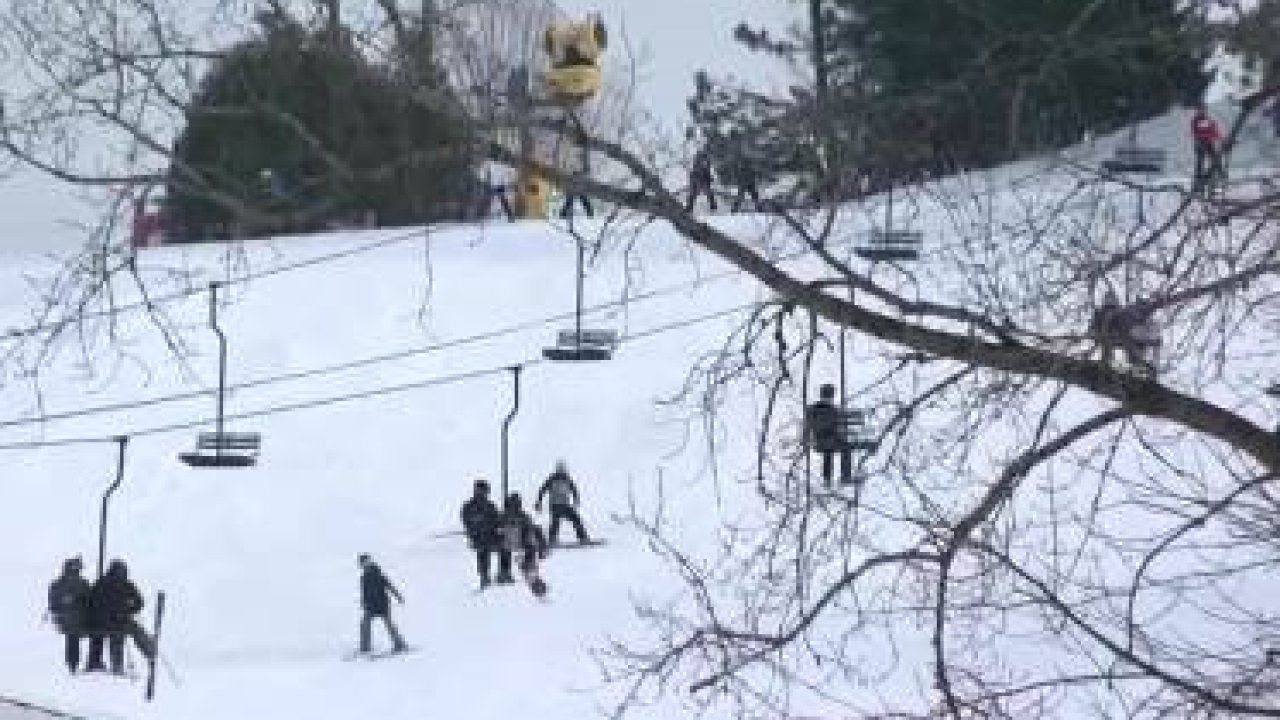 Minuscule snow totals for December are not stopping skiers from hitting the slopes.

Only Little Switzerland’s season opener in Slinger draws bigger crowds than the week after Christmas. With very little help from Mother Nature, Little Switz’s slopes are covered in man-made powder.

There’s 2 to 3 feet of man-made snow blanketed across its 50-acre lot. This year, Little Switzerland tied its record for the earliest season-opening date of Nov. 11. However, an unseasonably cold November was followed by a rather warm December with little snow.

Milwaukee averages more than 10 inches of snow each December. So far this month, Milwaukee has gotten only a couple dustings totaling half an inch.

“The interesting thing about man-made snow is because of the shape of the particle of snow, it actually weathers better than natural snow, so once it’s on the hill it’s been groomed in and it’s been skied on a little bit, it’s extremely durable,” he said. “We do not lose a lot in rain or warmer weather. It holds up really, really well.”

Little Switzerland extended its hours on Wednesday to accommodate large crowds. They were scheduled to be open until 9:30 p.m.

“The snow’s good, a little hard, but not too hard where it’s icy or not too soft where it’s really mushy,” Benny Feucht of Mequon said.