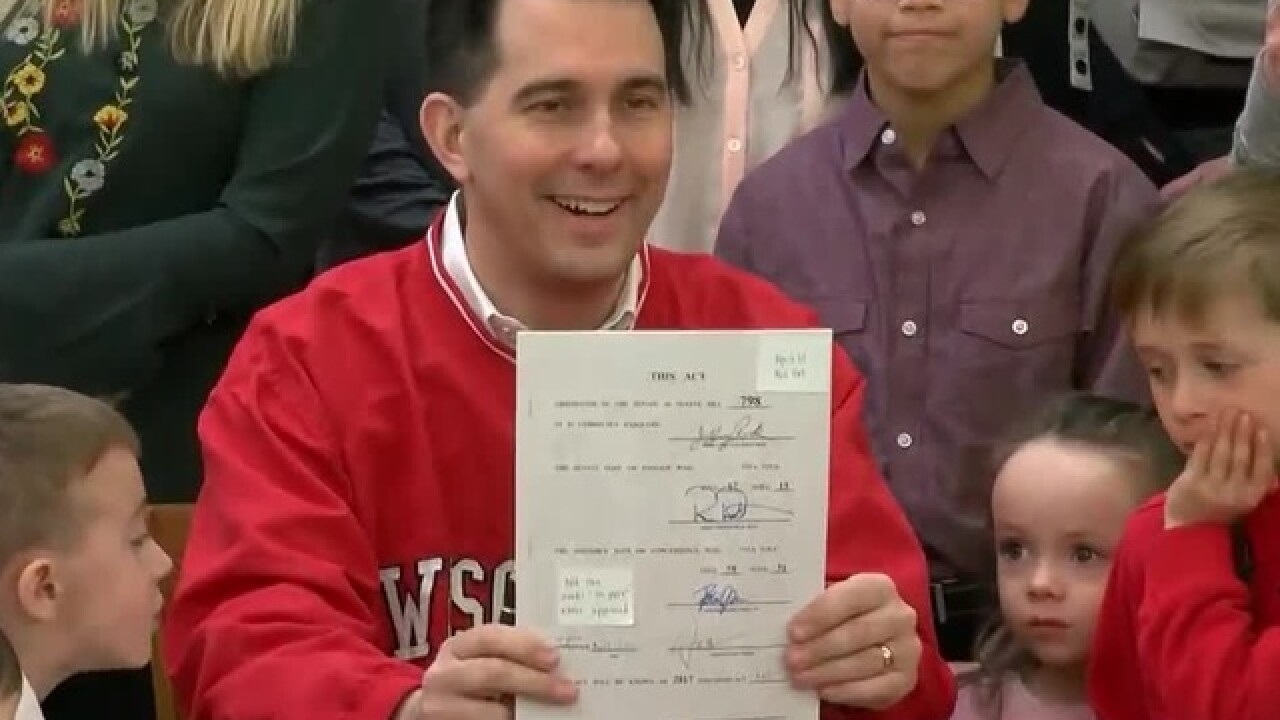 Walker on Tuesday signed a bill into law that grants the tax rebate for children who were under 18 for all of 2017.

The new law also waives sales taxes on a variety of items. The bill originally limited the sales tax holiday to the first weekend in August, but Walker says he's using his partial veto power to extend it from Aug. 1 through Aug. 5.

Walker says more details about how to apply for the $100 rebate will be coming.