Should hunters be allowed to wear blaze pink? 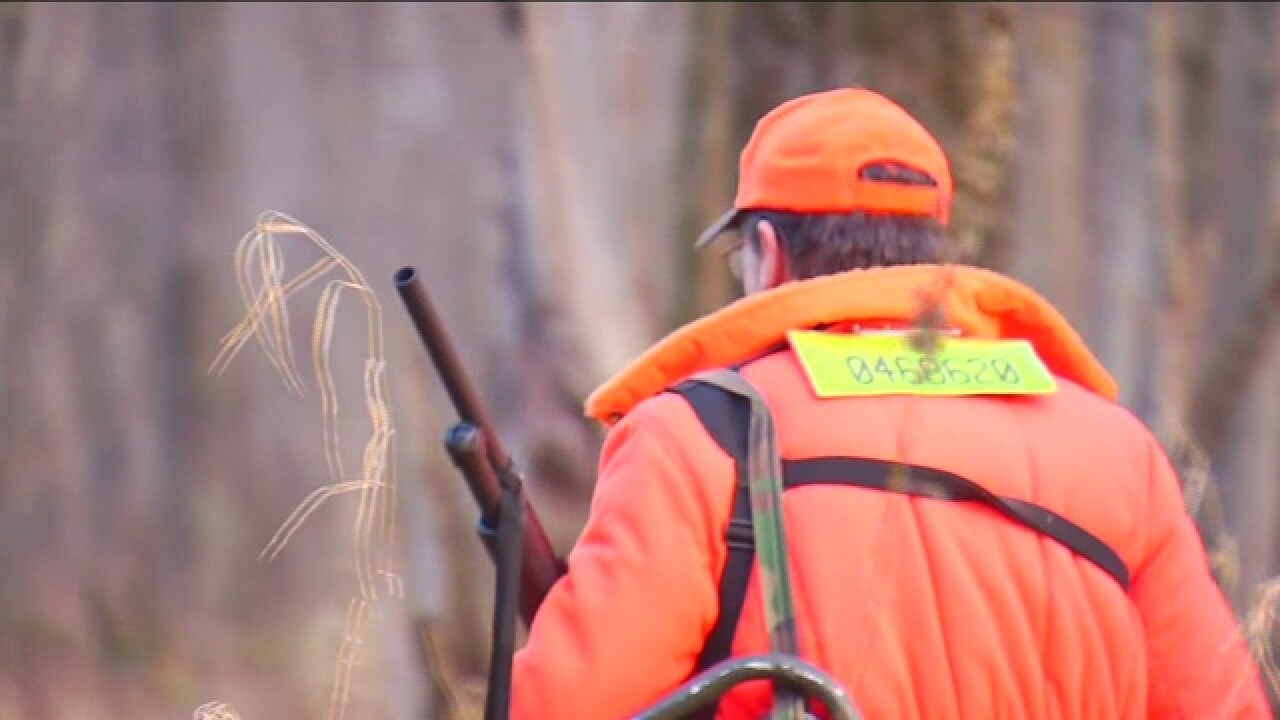 MADISON, Wis. (AP) -- A pair of female hunters urged a legislative committee Wednesday to scrap a bill that would allow hunters to wear fluorescent pink, arguing the measure is sexist and won't make anyone safer in the woods.
Sarah Ingle and Jean Tackes, president and vice president of the Women's Hunting and Sporting Association, wore green camouflage T-shirts to the Senate agriculture committee's public hearing. They said that the bill's authors' contention that it will attract more women to hunting is demeaning.
"Would you really be willing to gut (a deer) and ... drag it out of the woods just because you can wear pink?" said Ingle, who goes by the nickname "Shotgun Sarah."
Under current Wisconsin law, at least half of each article of clothing that gun deer hunters wear above the waist must be blaze orange. The bipartisan bill would allow hunters to wear fluorescent pink as well. The Legislature's sportsmen's caucus, which focuses on outdoor issues, introduced the measure this past spring, touting it as a way to boost hunter participation and give clothing makers an economic boost.
"(Hunting's) traditionally been seen as a man's sport," Rep. Nick Milroy, one of the bill's chief Assembly sponsors, told the committee Wednesday. "We hope this is something that will reverse that trend and add to the ranks of hunters in Wisconsin."
Sen. Mark Miller told the committee that when he first heard of the proposal he thought it was condescending toward women. But he signed on as a co-sponsor after he became convinced fluorescent pink is safer than blaze orange in the woods.
University of Wisconsin-Madison textile expert Majid Sarmadi, who studied fluorescent pink's visibility for the bill's authors, backed up that assertion. He told the committee pink stands out more than orange in a fall landscape.
"If pink is more visible, shouldn't it be a good choice? Shouldn't it be allowed to save lives?" Sarmadi said.
Ingle disputed that, saying she can see blaze orange from two to three miles away. Tackes told the committee that no one is going to rush out and buy pink hunting gear because it's too expensive.
"(The bill) is a half-hearted attempt to go to women and say, `Hey, I can wear pink and go out and hunt,"' she said. "That's not what women want and not what they need."
The measure got a lukewarm reception from committee members.
Sen. Sheila Harsdorf, R-Hudson, said she would never give up wearing blaze orange and the bill shouldn't be about attracting women to the sport. Sen. Devin LeMahieu, R-Oostburg, said the only constituents he's heard from-- all women -- have asked whether the bill was a joke.
Rep. Joel Kleefisch, R-Oconomowoc, one of the bill's prominent Assembly co-sponsors, said he never thought of the measure as a way of attracting women into the sport.
"We could have done a better job when this first came out (saying) that (wearing pink) was an option and we didn't have any delusions of grandeur that this would bring women into this," he said, adding that he's hunted with Ingle.
The hearing marked the last time the public will have a chance to sound off on the bill. Committee chairman Terry Moulton is the measure's chief Senate sponsor. The Chippewa Falls Republican said he plans to schedule a committee vote as early as next week.
Approval would clear the way for a vote on the Senate floor. The full Assembly approved the bill on a voice vote in November.
Associated Press 2016