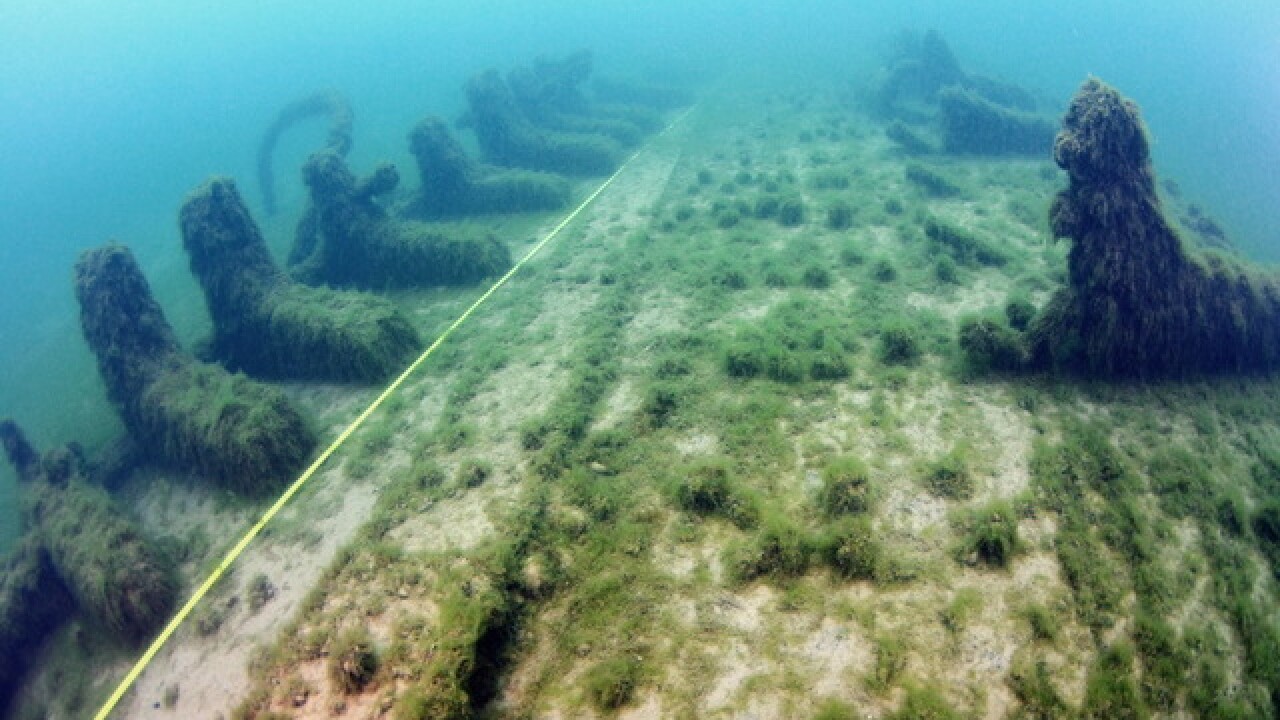 SHOREWOOD -- A shipwreck off Atwater beach is now listed in the National Register of Historic Places for the third time.

The site was originally listed in 2004, but the boundaries of the site have since been expanded and it has been re-listed.

The Appomattox ran aground on November 2, 1905 in the Shorewood vicinity of the Lake Michigan shoreline, according to the Wisconsin Historical Society.

While no crew members were lost, extensive efforts to salvage the vessel were unsuccessful.

The Appomattox was the largest wooden steam bulk freighter to ever travel the Great Lakes and did so for nine years before the wreck. According to the Wisconsin Historical Society it carried industrial commodities, mostly iron ore and coal.

The wreckage still rests 150 yards off Atwater Beach in about twenty feet of water. During dive season, the Wisconsin Historical Society places a buoy over the site.

A large section of the ship’s hull (technically the lower bilge) still remains intact, and another section of the port hull lies next to it, having collapsed over time.

If you’re looking for more information on the shipwreck, visit www.wisconsinshipwrecks.org.