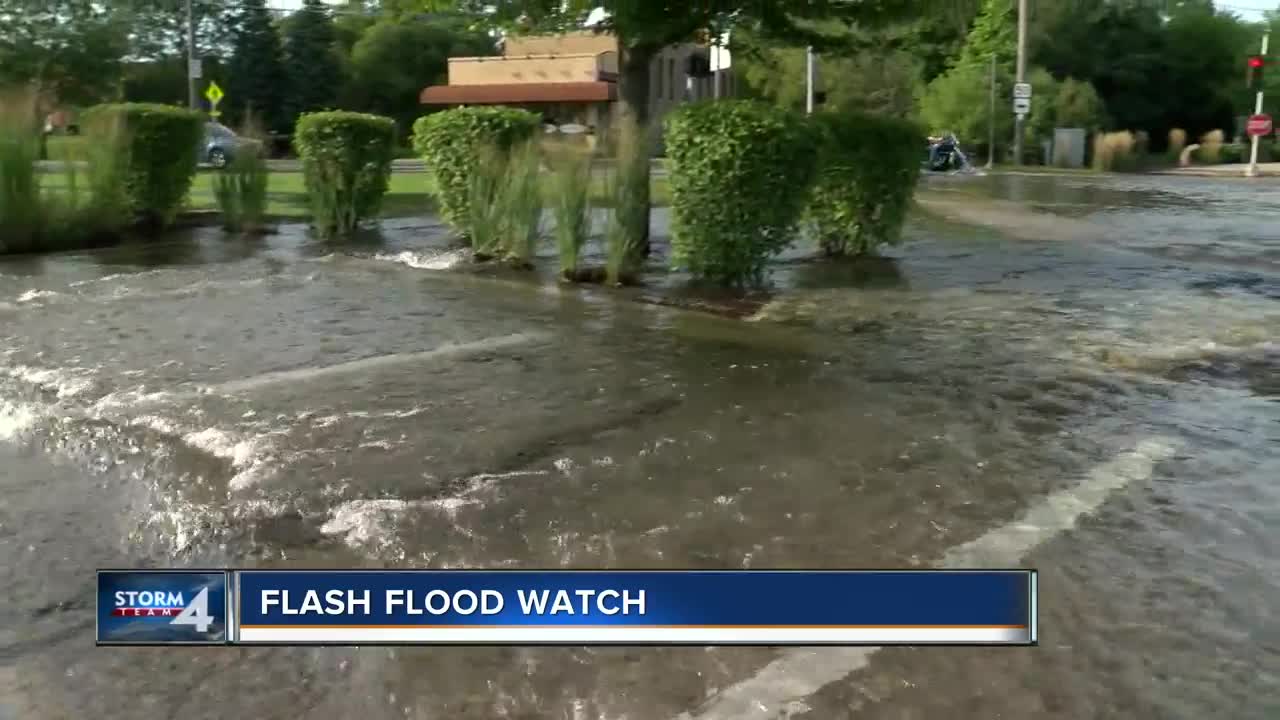 People said they didn't believe water had subsided much and expressed concerns about more rain expected for Saturday night.

"It's going to get bad then, there's probably going to be more, more water to come," said Amy Peterburs. She's lived in Lake Geneva her whole life and had never seen anything like it.

Peterburs and other onlookers stopped by to marvel at the flooding in the intersection and Samuel Donian Wetland Preserve. Geneva Lake feeds the river that flows through it.

"We've had family and friends down the last day or so sending pictures and stuff so we wanted to see it for ourselves," said Adam Westner.

"I thought, this is amazing," said Brian Stemo.

The mayor of Lake Geneva issued a Slow No Wake order due to high lake levels.

On a busy weekend near the end of summer, people still go out on the lake with kayaks and paddle boards.

"We definitely got some people that wanted to do jet skiing or something else and couldn't because of the no wake," said Johann Botch of Clearwater Outdoors, which rents kayaks and paddle boards.

"This weekend has been jammed like every weekend usually so hopefully it will subside soon," said Tom Peck.