Residents of Milwaukee's 'tent city' prepare for move out deadline 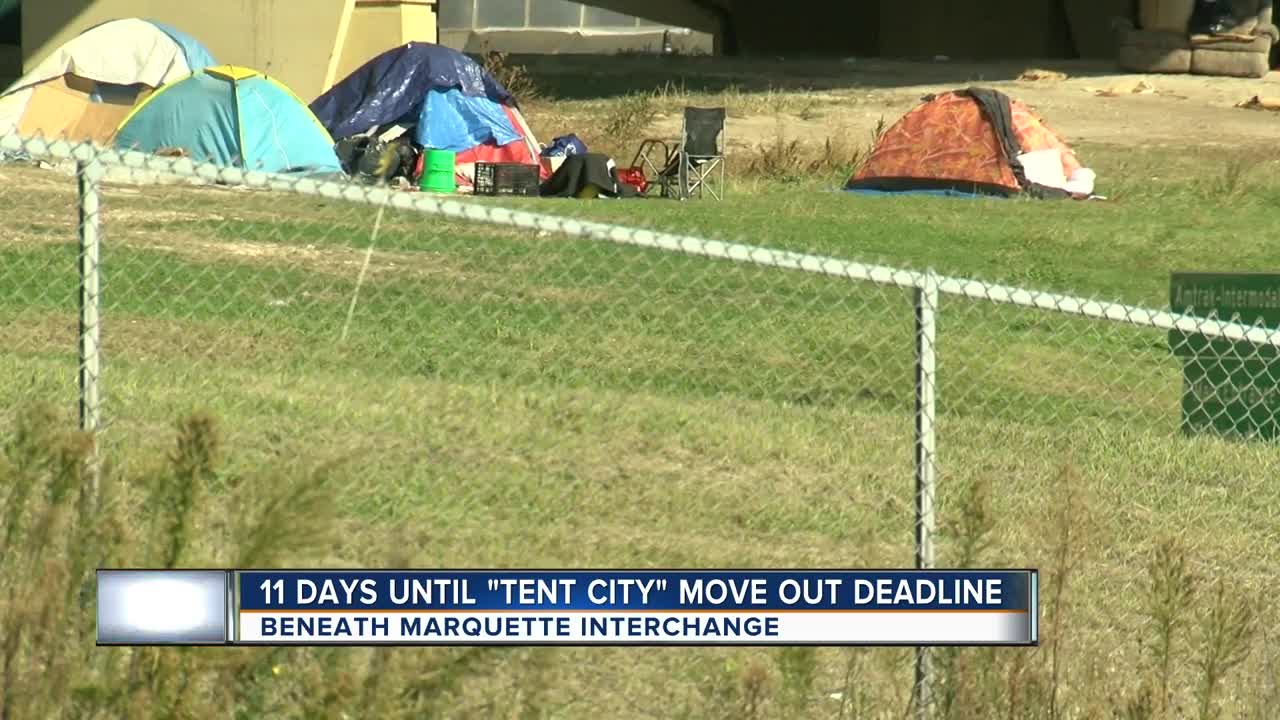 Residents are preparing for the move out deadline imposed by DOT officials for Milwaukee's 'tent city.'

MILWAUKEE — People living in “Tent City” beneath the Marquette Interchange in Milwaukee only have 11 days left to find another place to stay before the Wisconsin Department of Transportation evicts them. A local outreach group is doing what they can to help along the way.

For the past four months, a man who wanted to be called MB, has considered the area under I-794 his home, and he’s not ready to leave it.

“It is a struggle but it’s fairly easy as long as you know how to adapt pretty much,” MB said. “I’ve adapted to the people that are around me.”

Come October 31, 2019, he won’t have much of a choice when the Wisconsin Department of Transportation evicts the nearly 90 people living in “Tent City.” The Milwaukee County Housing Administration said that about 25 people have moved into temporary housing. Throughout the process, the Street Angels, a homeless outreach group, will continue to support all that are impacted.

To better gauge their efforts, six members learned what it’s like to be homeless for 48 hours this weekend. Executive Director Eva Welch said they started with just the clothes on their backs, and through an online fundraiser earned items like sleeping bags when they hit certain goals.

“We found out how important these were because it made sleeping on the ground a lot more comfortable,” Welch said describing floor mats woven out of plastic bags. “It helps us become even more empathetic to the things that they’re experiencing on a day-to-day basis.”

However, their experience had an end in site, and Welch hopes this eviction will do the same for the people in “Tent City.”

“I’m hoping that many of them are going to benefit from this and many of them will end up being permanently housed,” Welch said.

At this point though, MB doesn’t know what he’s going to do at the end of the month.

“I have no idea at this moment. We’re just playing it by ear right now,” MB said.

According to the DOT, those that decide to stay in “Tent City” could be cited if they don’t leave.

The Street Angels reached their overall goal of $25,000 during their fundraiser, which will be used for their efforts in helping the homeless in Milwaukee County. For more information on the Street Angels, click here.