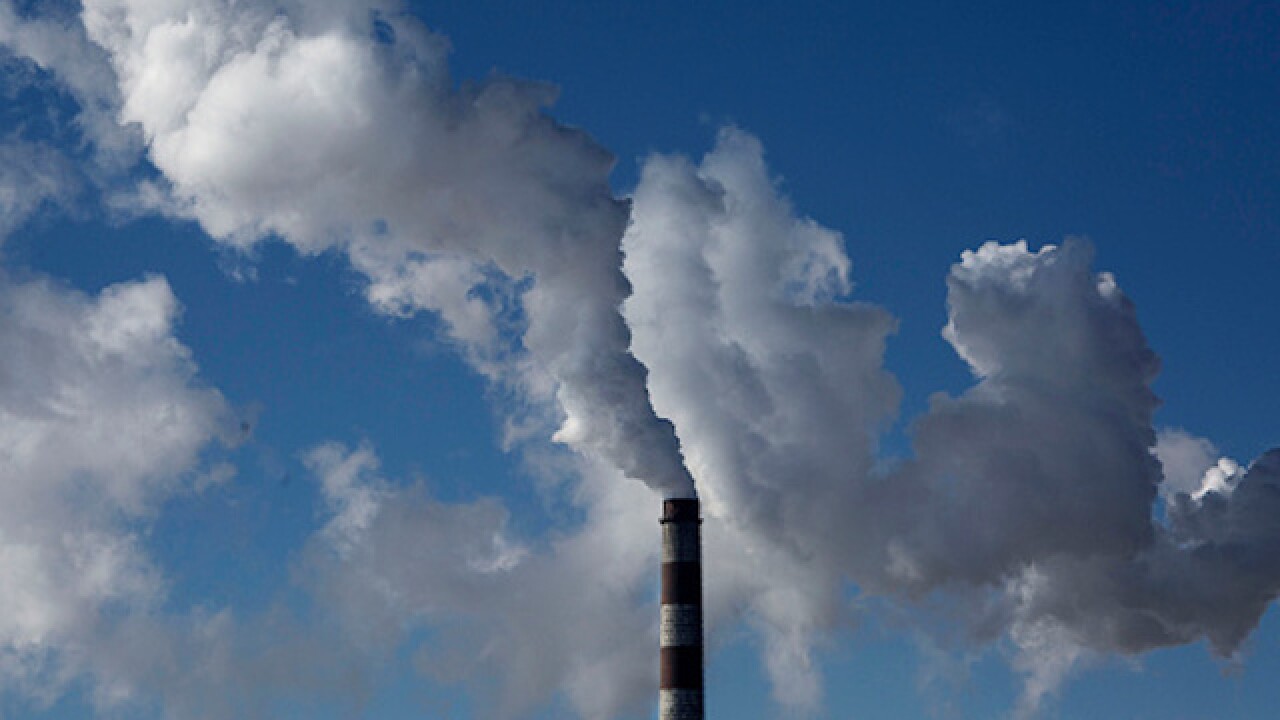 Copyright 2017 Scripps Media, Inc. All rights reserved. This material may not be published, broadcast, rewritten, or redistributed.
Kevin Frayer
<p>SHANXI, CHINA -NOVEMBER 25: (CHINA, HONG KONG, MACAU, TAIWAN OUT) Smoke billows from a coal fired power plant on November 25, 2015 in Shanxi, China. A history of heavy dependence on burning coal for energy has made China the source of nearly a third of the world's total carbon dioxide (CO2) emissions, the toxic pollutants widely cited by scientists and environmentalists as the primary cause of global warming. (Photo by Kevin Frayer/Getty Images)</p>

MADISON, Wis. (AP) -- A new report from the American Lung Association has given eight Wisconsin counties a failing grade for pollution, while other counties have some of the cleanest air in the country.

The report was comprised of U.S. Environmental Protection Agency data and is meant to give people a better understanding of what they're breathing, said Janice Nolen, vice president of national policy for the association.

"People have found areas that they had no idea had an air pollution problem," she said.

Ozone is a toxic gas that's formed when emissions from things like factory smokestacks combine with sunlight and heat in the atmosphere, Nolen said. Ozone is responsible for smog found in big cities.

Particle pollution has a range of sources including road dust, forest fires, wood burning, power plants and industry. The particles are small and can cause health problems by getting into a person's lungs.

Both pollution types are particularly harmful for those with chronic diseases such as asthma or heart disease, said Dr. Randolph Lipchik, a pulmonologist at Froedtert Hospital in Milwaukee.

"When people are exposed to ozone or high levels of particulate, that inflammation is worsened," he said. "So they have more trouble breathing, more coughing, more chest congestion, more shortness of breath. And so that constant additional insult just makes their symptoms worse."

Those with chronic diseases should plan outdoor activities for earlier in the day before ozone has developed, Lipchik said.