The City of Reno, Nevada thought they introduced a brand new, unique city flag for their 150th birthday.

Council Meeting: New preliminary Reno flag design adopted unanimously. Pending specifications. Design by Reno resident Tucker Stosic. Thanks to all the participating artists, and to the community for their more than 5,000 votes! pic.twitter.com/BSWRwoTKF5

But Milwaukeeans might notice that it's a bit familiar since it's almost a dead ringer for the People's Flag of Milwaukee.

There are some distinct differences. Instead of the sunset reflecting off the lake, Reno's new flag features a snowflake in the top left corner, and a sunset behind a three-peak mountain range and a river.

But saying the two are completely different is like saying Vanilla Ice didn't take the beats for "Ice, Ice Bay" directly from Queen's "Under Pressure."

"Well sure... in flag design there's lots of circles and stars and mountain profiles and things that look like rivers. I think this is a great opportunity for a kinship between Milwaukee and Reno," Bobzien said.

However, the real problem with the flag theft goes back to the city of Milwaukee itself.

Many aren't happy with Milwaukee's current flag. But despite the flag being named the fourth worst flag among the countries 150 major cities, Milwaukee won't let it go. 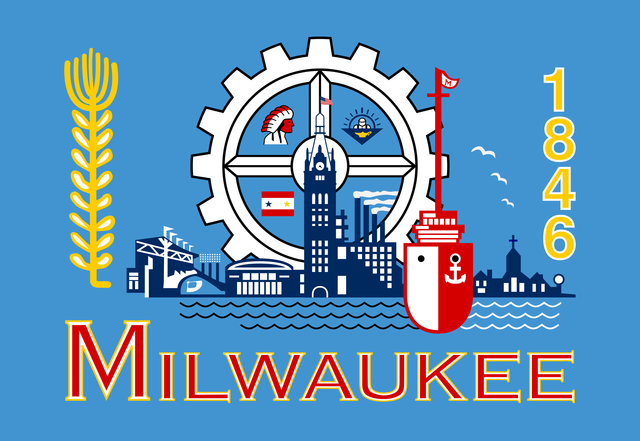 So, the sunrise over the lake flag currently sits as the people's flag of Milwaukee, available for purchase on multiple different surfaces, but a completely causal symbol.  It's supported by the public, but not the city.

Now it appears the city has to pay the price of losing their good flag to another city that saw value in the design.