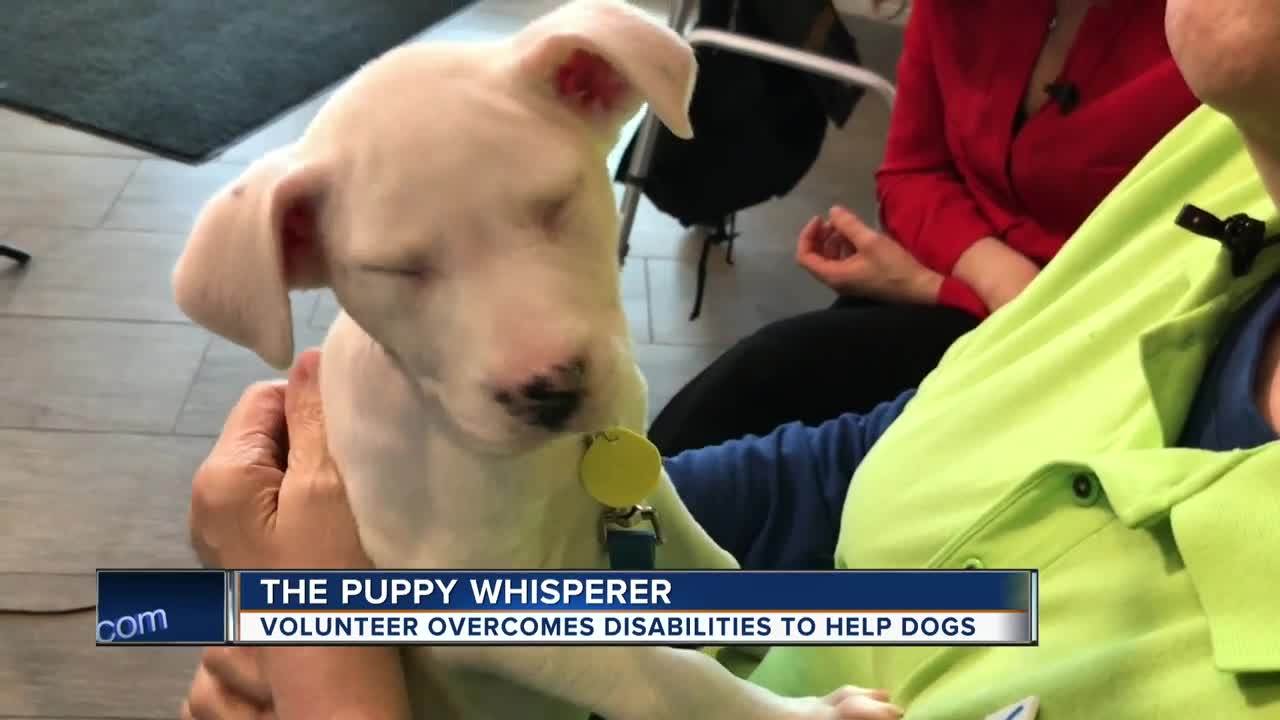 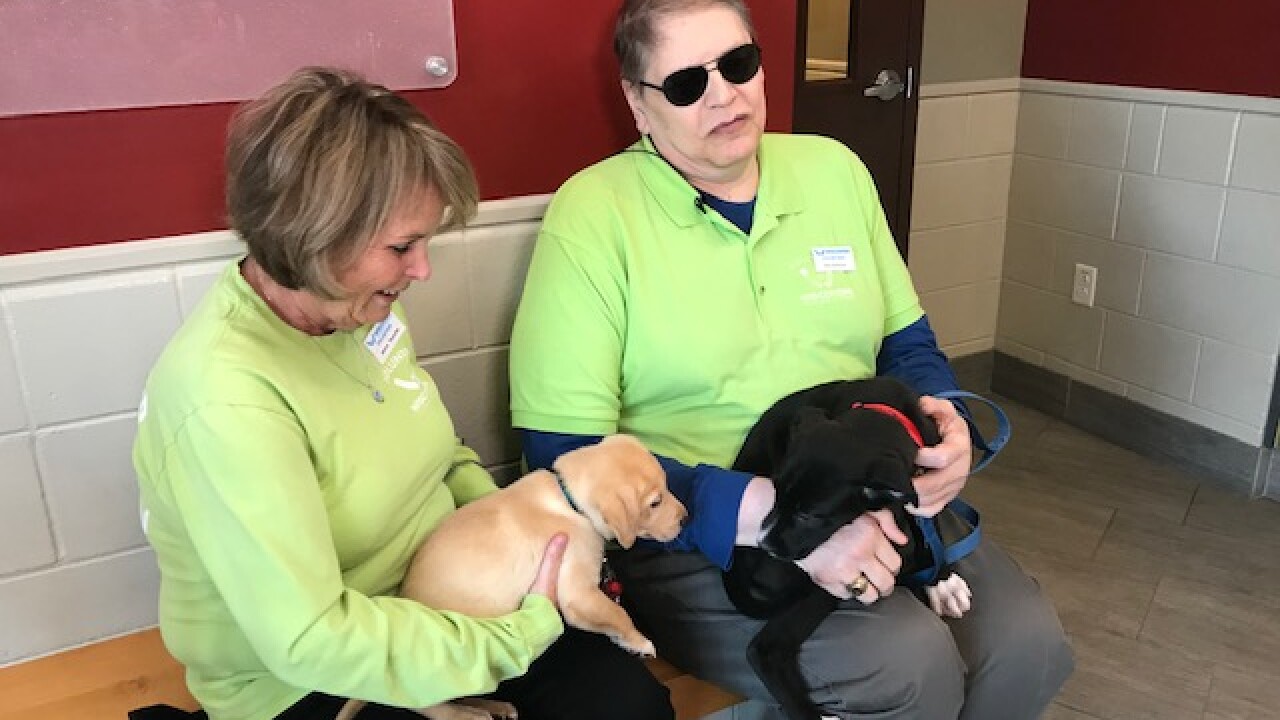 MILWAUKEE — Those who know longtime Humane Society volunteer Don Armson say he has puppy super powers. Armson has been greeting visitors who walk in the Ozaukee County campus every Tuesday for the last eight years.

"We sit in the lobby and we greet people as they come in, and we challenge everybody to say hi to the dog I have on my lap," said Armson. "I tell everybody they force me to hold puppies."

Don gets a lot of attention.

"Without a dog in my lap it's kind of like here's this guy sitting on a bench, yah know, so the puppy is a great draw-in," said Armson.

His fellow volunteers said the puppies help, but it's Don's personality that brings visitors his way.

Shannon looks forward to her weekly shift with Armson.

"He can talk to anyone about anything, but the most special thing about Don is his way with puppies," said Shannon.

Even the excited puppies.

"If he's got a really squirmy, squiggly, bitey puppy, within minutes when Don's holding it, it calms down. It's just kind of magical; he's got a way," said Shannon.

Shannon said it is obvious the puppies feel safe with Don.

"We call him the lucky lap because oftentimes he's holding a puppy, and it will get adopted right off his lap," said Shannon.

Armson had to give up his own dog when he suddenly lost his sight at 56 years old.

"It was unusual that it happened that quick and into both eyes at the same time," said Armson.

Don was working when he realized he couldn't read the computer.

"Then I got this thing where it looks like you're looking through a lace curtain, like a cobweb-type thing," said Armson.

After a good night's sleep, he still couldn't see. A blood clot in his brain triggered a stroke, leaving Don blind.

"I have some peripheral neuropathy in my legs. I don't have any feeling in my feet," said Armson.

If you experience signs your vision isn't right, Armson urges you to go to the doctor. Doctors told him he might still be able to see if he would have acted faster, but it's not something he dwells on. Armson doesn't let his disabilities stop him from enjoying life.

"This gets me some hugs and kisses," sad Armson.

Don feels at home at the Humane Society.

"I'm always moving, I'm always testing their feet and their ears just so they're not squirmish around people. I think I make a difference," said Armson.

Armson has had a few bites and scratches along the way, but he said it's worth it.