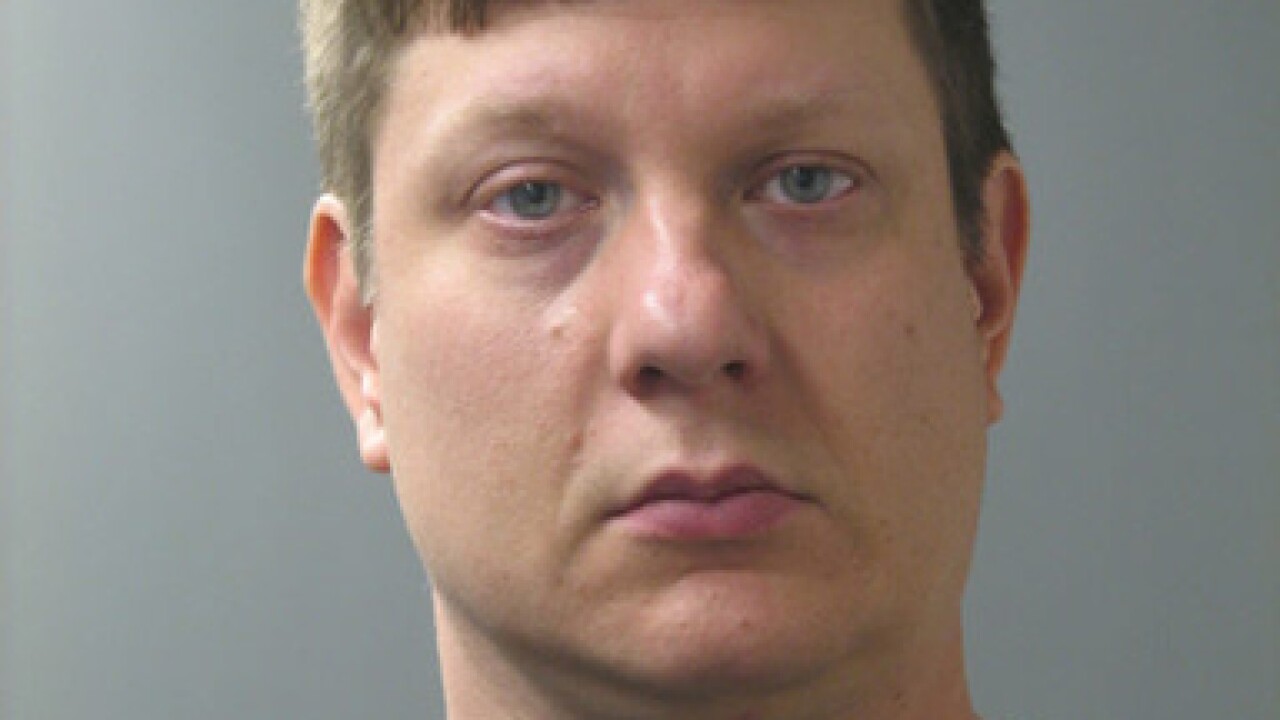 Copyright Getty Images
Handout
<p>CHICAGO, IL - UNDATED: In this handout provided by the Cook County State's Attorney's Office, Chicago police officer Jason Van Dyke poses for a mugshot photo after he was was arrested for the shooting death of an African-American teen in Chicago, Illinois. Van Dyke has been charged with first degree murder for shooting 17-year-old Laquan McDonald 16 times on October 20, 2014 after responding to a call of a knife wielding man who had threatened the complainant and was attempting to break into vehicles in a trucking yard. (Photo by Cook County State's Attorney's Office via Getty Images)</p> 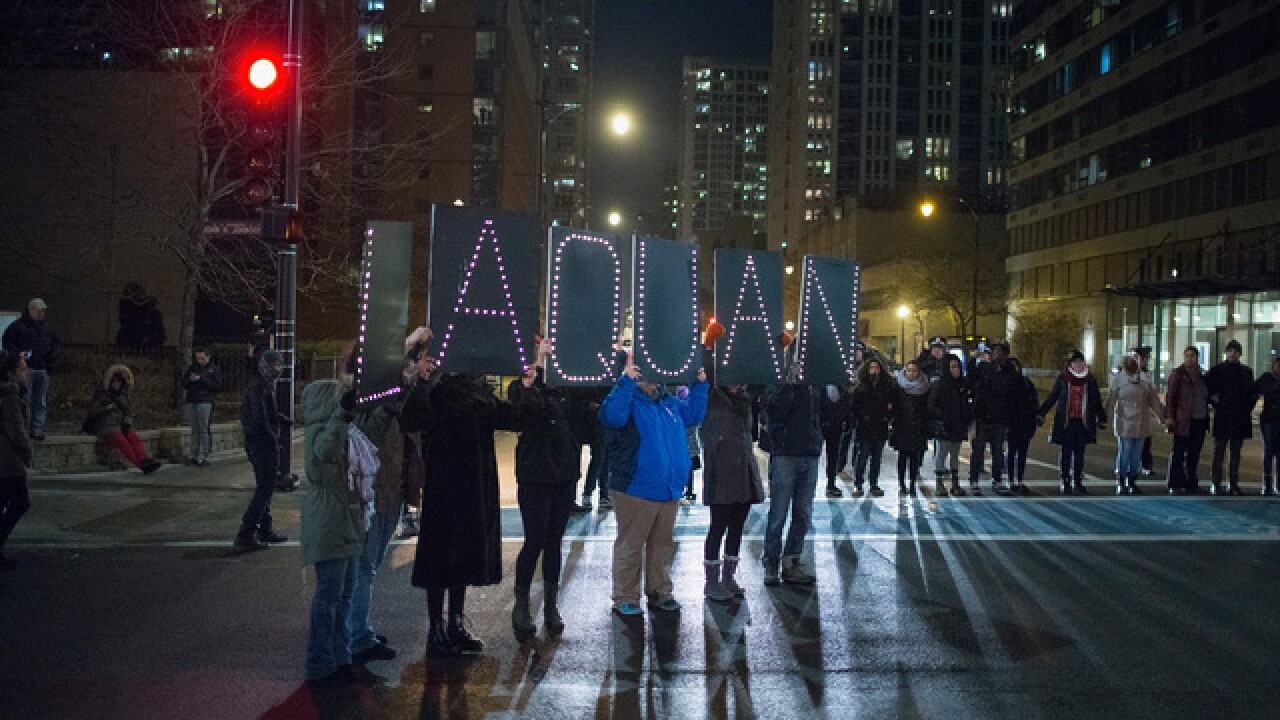 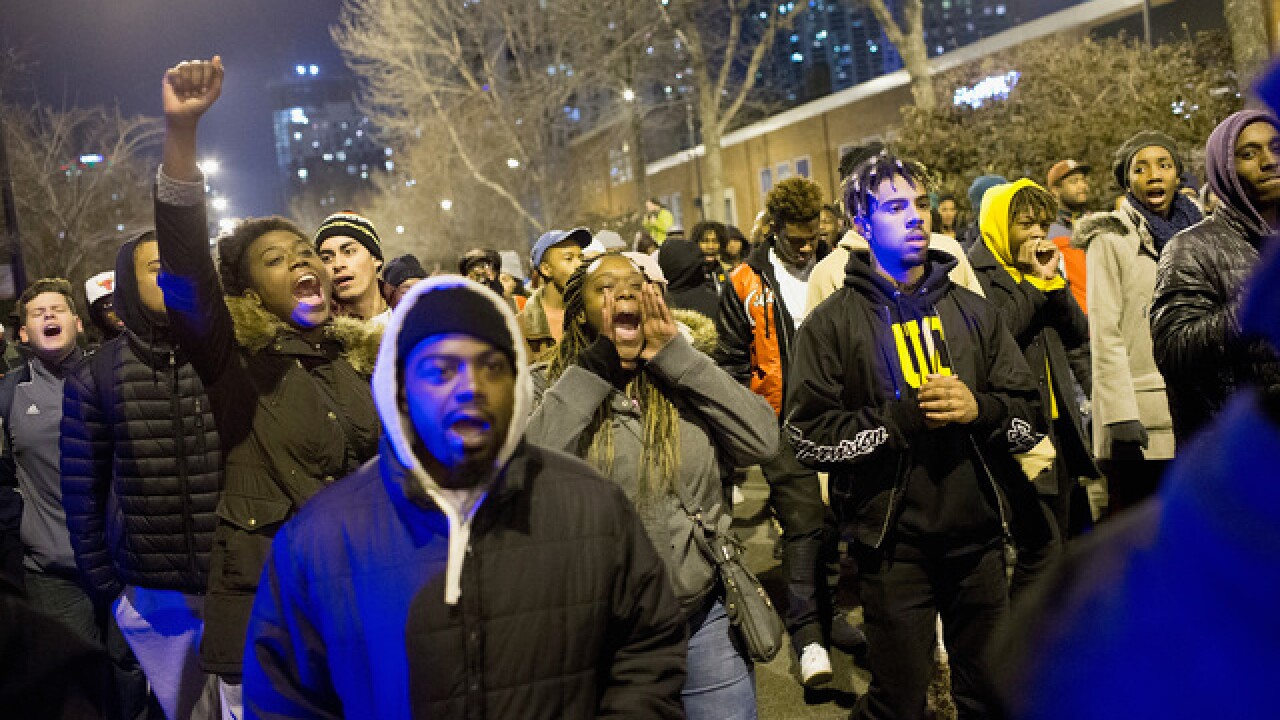 CHICAGO (AP) -- Protest groups were set to return to the streets of Chicago on Wednesday, one day after the city released a squad-car video showing a police officer fatally shooting a teenager.
Prosecutors on Tuesday charged Officer Jason Van Dyke with first-degree murder for the 2014 death of 17-year-old Laquan McDonald, who was shot 16 times.
RELATED: Chicago officer charged with murder in killing of teen
Several hundred demonstrators marched in and near downtown and outside a Chicago police building on Tuesday night, chanting and at times blocking intersections, but police reported few problems. Other protests are planned, including one Wednesday afternoon at City Hall and another in a downtown shopping area on Friday.
Here's a look at what's happened so far and what's expected next:
THE SHOOTING
On the night of Oct. 20, 2014, police responded to a call of a teen with a knife. Witnesses said he was breaking into cars and stealing radios.
Police have said McDonald refused their orders to drop the knife and walked away from them. The police union also said that at one point McDonald lunged at officers with the knife.
The video released Tuesday shows McDonald jogging down an empty lane on a four-lane street and then veering away from Van Dyke and another officer who emerge from a police SUV drawing their guns. Within seconds, Van Dyke begins firing. McDonald spins around and falls to the pavement as Van Dyke keeps shooting.
Cook County State's Attorney Anita Alvarez said Van Dyke emptied his weapon before his partner stepped forward and kicked the knife away from McDonald.
Alvarez said police later recovered a knife with a 3-inch blade that was folded into the handle.
An autopsy report showed McDonald had the hallucinogenic drug PCP in his system.
THE VIDEO RELEASE
A freelance journalist filed a Freedom of Information Act request for the video after learning of the shooting, but the Chicago Police Department refused to release it, saying it could hurt investigations.
Activists and attorneys argued the public had a right to see the video, and last week a Cook County judge agreed. He gave the city until Wednesday to make it public.
At a joint news conference Tuesday evening, Chicago Mayor Rahm Emanuel and Police Superintendent Garry McCarthy worked to discourage the kind of unrest seen in cities such as Baltimore and Ferguson, Missouri, after young black men were slain by police or died in police custody.
Emanuel and McCarthy described the shooting of McDonald as an unusual and tragic incident and called on the public to protest peacefully, with the mayor noting that McDonald's family had asked people not to resort to violence in the teen's name.
THE INVESTIGATION
Alvarez said Tuesday she decided to announce the charges against Van Dyke earlier than planned because of the video's release. But she said the video becoming public wasn't a factor in her decision to charge him with first-degree murder.
She said it was clear McDonald didn't pose a threat to the officer and that his use of force was improper.
Alvarez also defended the length of time it took to file charges. She said her office has been working with the FBI and the U.S. Attorney's Office since mid-November on an active, joint criminal investigation and that police-involved shootings are "highly complex" cases that take longer than typical shootings to investigate.
THE OFFICER
Van Dyke turned himself in to authorities Tuesday, and a judge ordered him held without bond.
Van Dyke, 37, has been a Chicago police officer since 2001. He is married and has two children.
His attorney, Dan Herbert, said the officer has never been disciplined. He said Van Dyke feared for his life when he fired at McDonald and that the case should be tried in the courtroom, not in social media or on city streets.
McCarthy said the officer, who had been on desk duty while the shooting was investigated, is no longer being paid. Another bond hearing is scheduled for Monday.
PROTESTS
Chicago police said five people were arrested during protests Tuesday night and early Wednesday, including a 22-year-old Chicago man charged with a felony count of aggravated battery of a police officer.
A 38-year-old man from Murrieta, California, was charged with felony possession of a controlled substance and misdemeanors for carrying a stun gun and a knife.
Associated Press 2015