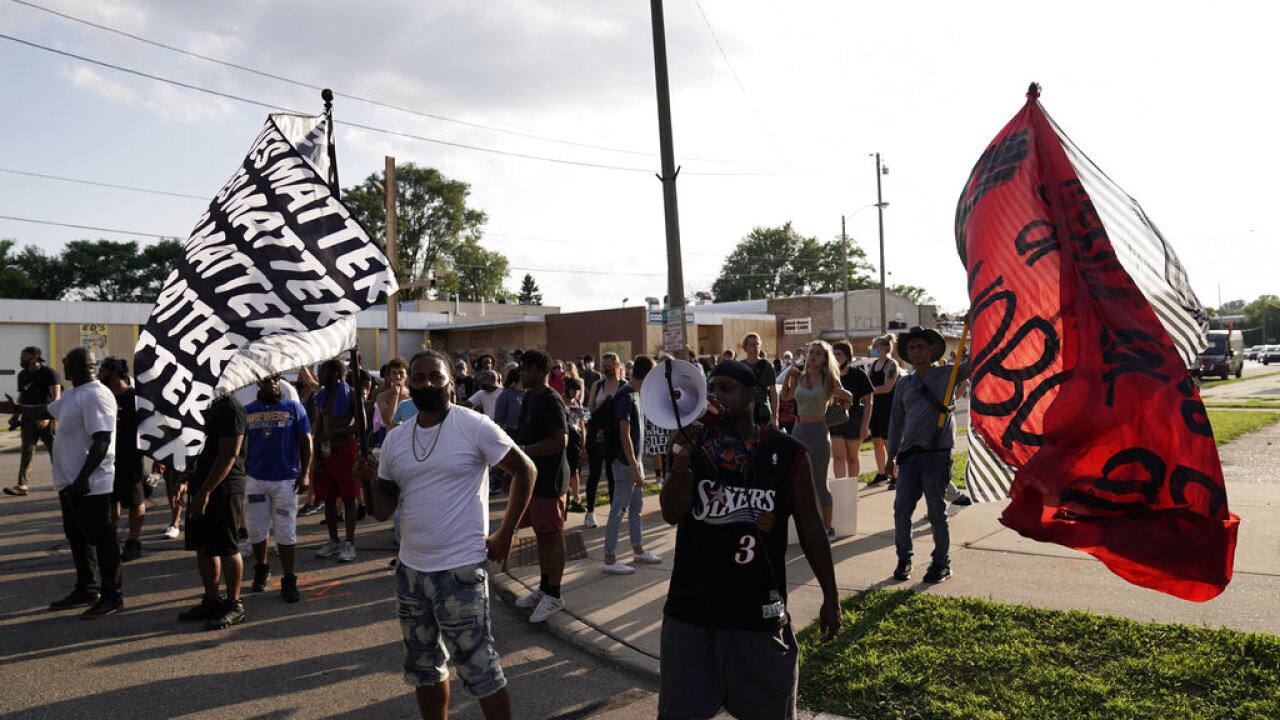 Morry Gash/AP
Protesters prepare to march against the Sunday police shooting of Jacob Blake Thursday, Aug. 27, 2020, in Kenosha, Wis. Until the police shooting of Blake, the bedroom community of Kenosha has been largely untouched by the level of demonstrations that had been seen in nearby Milwaukee and Chicago since the death of George Floyd.(AP Photo/Morry Gash)

KENOSHA — Wisconsin protesters have filed a lawsuit in federal court against the City of Kenosha after a week of protests and unrest in the community.

Due to the unrest, the City of Kenosha issued a curfew every night of 7 p.m. Now, however, four people are arguing in a lawsuit filed against the city that the curfew wasn't lawful.

According to the lawsuit filed Tuesday, the protesters believe the curfew infringed on their First Amendment right. The plaintiffs are identified as Danica Gagliano-Deltgen of Wauwatosa County; Oscar Walton of Milwaukee; Adelana Akindes of Kenosha; and Victor Garcia of Kenosha.

"The Kenosha curfew begins at 7 p.m. and lasts until 7 a.m. Starting the curfew at just after work appears more aimed at silencing speech than in pursuit of any substantial governmental interest," the plaintiffs argue.

The mother of one of the plaintiffs spoke with reporters last Thursday and said she doesn't understand why her daughter was arrested. She said her daughter had been protesting peacefully and did nothing wrong.

The plaintiffs continue that they will likely be subject to future enforcement of the curfew "on the basis of their viewpoint" and that compared to those with a pro-police message, the plaintiffs will continue to be selectively treated, according to the lawsuit.

You can read the full lawsuit against Kenosha below.