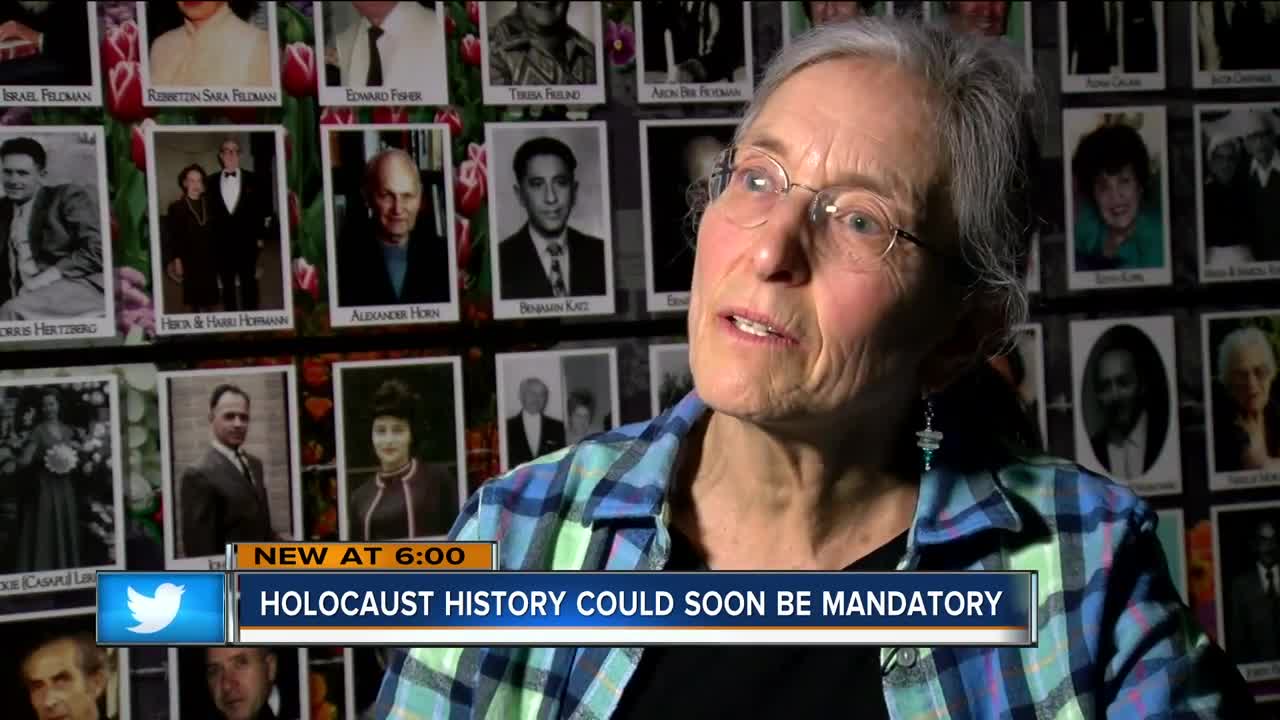 Six million Jews and millions of other died in the Holocaust. Research shows that many young people especially millennials don’t know this. Now Wisconsin lawmakers are proposing a bill with the hope of bringing Holocaust education to the social studies curriculum.

Six million Jews and millions of others died in the Holocaust. Research shows that many young people especially millennials don’t know this. Now Wisconsin lawmakers are proposing a bill with the hope of bringing Holocaust education to the social studies curriculum.

As Susan Bernstein looks through family photos, she’s reminded all her mom went through as a young child, escaping Nazi Germany.

“I realized what a tremendous hardship it was and that she never got over what it was to be separated from her family at 12,” Bernstein said.

It’s a story, Bernstein plans to share with local students in the near future, which she doesn’t take lightly.

“We have many people who don’t believe the Holocaust even happened,” Bernstein said.

A 2018 survey by the Claims Conference, an organization providing justice for Jewish Holocaust victims, revealed that one out of five millennials hasn’t heard of the Holocaust.

Now a newly proposed bill in Wisconsin may change that.

Shay Pilnik is the Executive Director of the Nathan and Esther Pelz Holocaust Education Resource Center in Milwaukee.

“The Holocaust Education Act will bring the lessons of the Holocaust to middle schools and high schools across the State of Wisconsin,” Pilnik said.

Pilnik said teaching students about the Holocaust is especially important these days when antisemitic incidents are on the rise in the state.

Preliminary numbers from the Milwaukee Jewish Federation’s 2019 audit show the number of incidents has more than tripled since 2015, a 329 percent increase, mostly in the Milwaukee area.

“Even though Hitler and his team are fortunately no longer with us, their supporters are still around,” Pilnik said.

However, like Bernstein, Pilnik hopes that with this education younger generations will grow up with more respect for others.

“I think that people have to know because they don’t want to repeat this piece of history,” Bernstein said.

Currently, Senator Alberta Darling (R), Senator Dale Kooyenga (R), Representative Jon Plumer (R) and Representative Lisa Subeck (D) are co-sponsoring the bill. Lawmakers have until Thursday at 4 p.m. to sign on as co-sponsors before the bill is introduced.

You can view the proposed bill below: