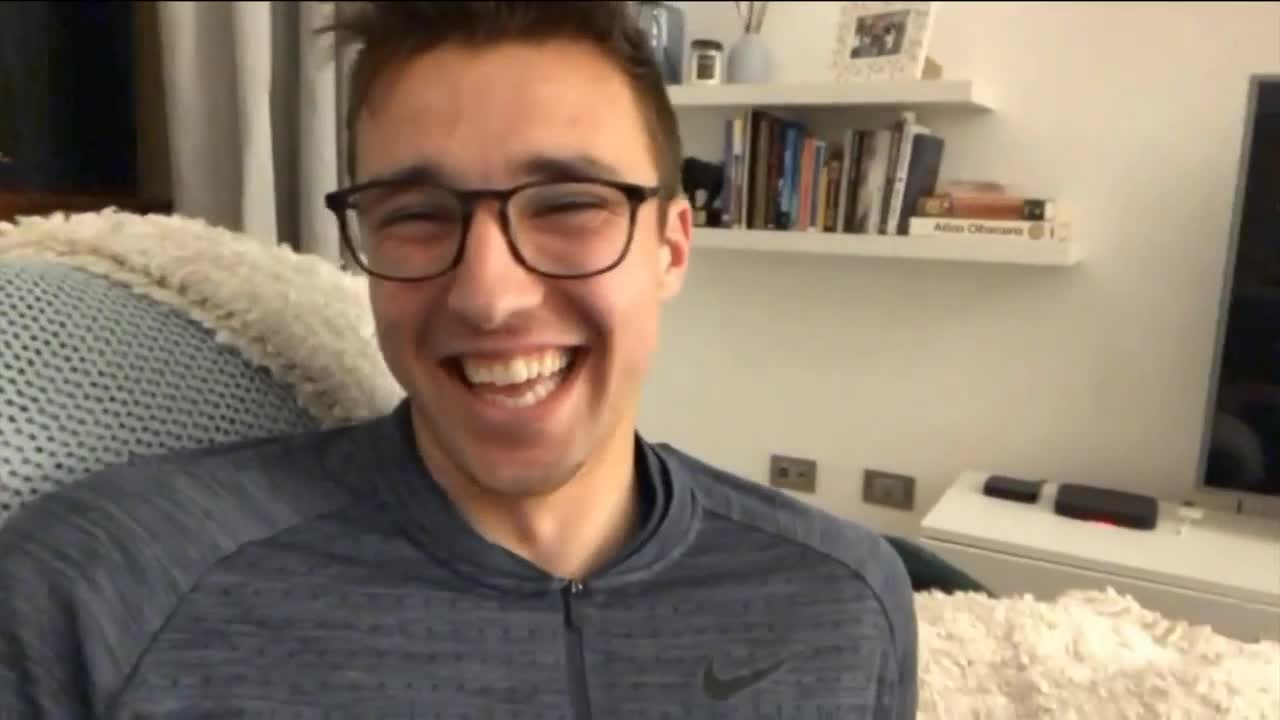 By: Lance Allan items.[0].image.alt "This is just my living room here and...you know, me and my girlfriend, we keep busy. So, we do our yoga. We do our stretches. And we got the PlayStation," Andrija Novakovich said.

"This is just my living room here and...you know, me and my girlfriend, we keep busy. So, we do our yoga. We do our stretches. And we got the PlayStation," Andrija Novakovich said.

Andrija Novakovich is in Northern Italy. It's not the epicenter of the Coronavirus in Italy, but he still has to take serious precautions.

"Obviously we want to stay fit, you know as much as we can, like, because we don't know what's going to happen with the season. And you know, we're doing our workouts, you know, in the house, and there's only so much you can do in the house. And yeah just got outside for a walk. I went today and the police actually stopped me, and you know told me to go home," he said.

He still hasn't played a game since March 7.

"All we know right now is there's going to be a meeting sometime at the end of March to decide the fate of the season...Will it continue, you know, after this break? Will it stop? It's scary in the north where...doctors and nurses and things like that, are having to decide who lives and who dies basically which is, which is sad, and something that's so preventable," Novakovich said.

He added health officials in Italy have a message that rings home for him, that he wants us, in the U.S. to live by.

"Act as if...you have the disease and you don't want to spread it. Rather than you don't want to catch it. You know, I think that's very important. That really resonated with me when I heard that," Novakovich said.

And while it's a serious situation, he wants everyone in Muskego to know he's fine.

"I just miss you guys...but we're doing well over here, and you know we're always plugging away and we're missing sports as well, like everybody else. But you know, this is one of those times and you know, just being a human being and sticking together through this hardship, we'll get through it," Novakovich says.