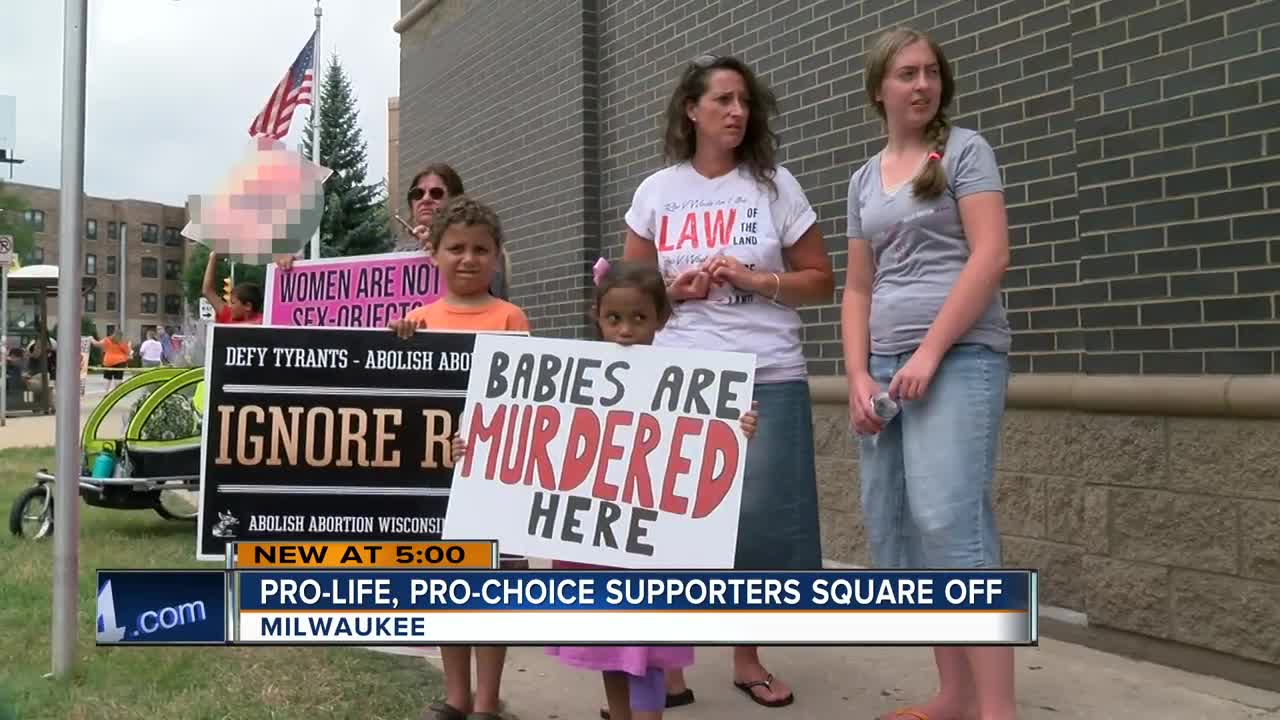 The pro-life organization, Operation Save America, is holding it's annual meeting in Milwaukee this year. Now, the Cream City is at the center of the debate as pro-life and pro-choice activists face off.

MILWAUKEE — Pro-choice and pro-lifers faced off near the Farwell abortion clinic Tuesday afternoon.

This week, Milwaukee is at the center of the fight over abortion as activists on both sides take to the streets. The pro-life organization, Operation Save America, is holding its annual conference in Milwaukee. Each year it chooses a city to demonstrate and promote its views. Members of Operation Save America are rallying outside the city's two abortion clinics.

"We are showing the City of Milwaukee what abortion is," Operation Save America leader, Ante Pavkovic said.

So far in 2019, nine states have passed laws restricting abortion in an attempt to eventually strike down Roe v. Wade all together.

With a revival of the long-standing debate, Pavkovic is trying to keep the momentum going.

"(We are) Hoping that by showing these graphic images that the hearts of the people in Milwaukee will change and realize that abortion is actually child abuse," Pavkovic said.

Just a few blocks away, pro-choice supporters from Abortion Access Front are trying to prevent any more changes to laws in a state that's already limited access to clinics.

"Wisconsin has had some very oppressive laws closing down many clinics. There's [sic] only three clinics left in the entire state of Wisconsin to service all of its people," Abortion Access Front founder, Lizz Winstead, said.

"Women are capable of making complex decisions for themselves and seeking the medical care that they need should not be in a climate of fear and intimidation,"Midwest Advocacy Director for Whole Woman's Health Alliance, Sharon Lau, said.

As both sides continue to spread their messages this week, police are providing security to the clinics with additional officers on standby to make sure nothing gets out of hand. Escorts are also helping patients get inside the clinics.