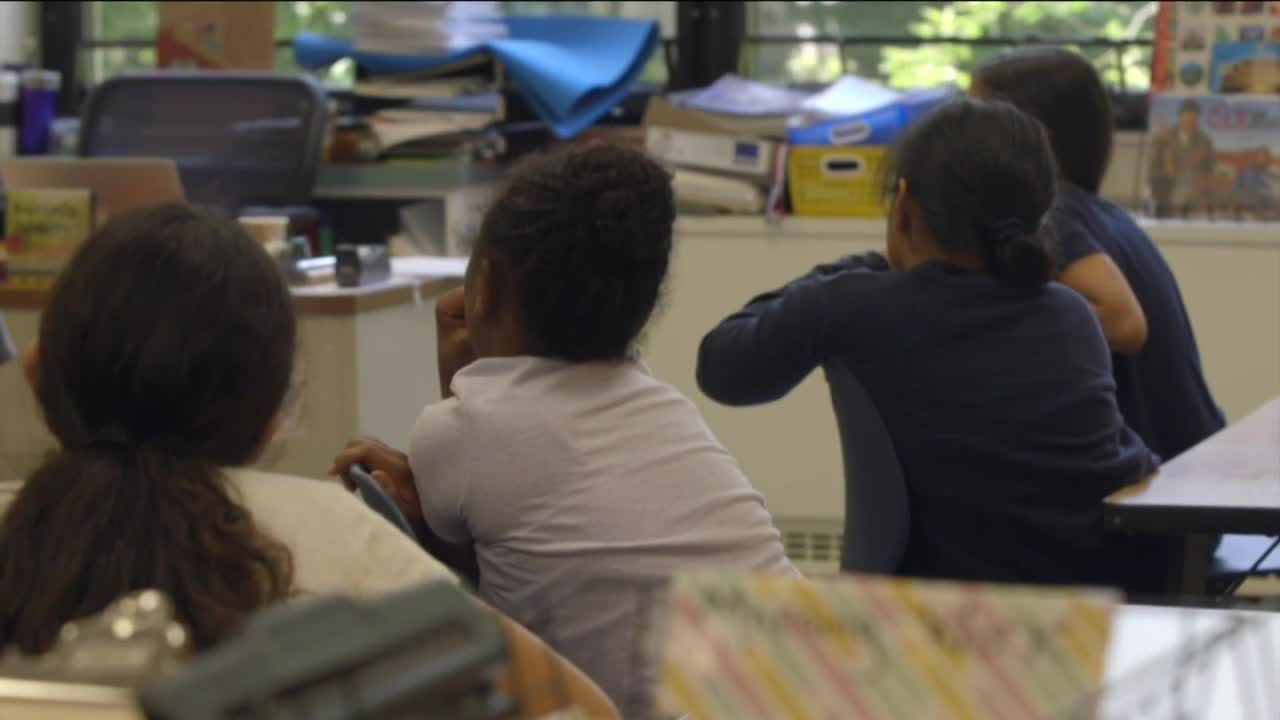 As school districts continue to release plans for the start of the year, parents are quickly making decisions on their childrens' education. This is creating a trend across the country and right here in our area - where kids transfer into private schools that have in-person instruction. Lauren Linder has more.

MILWAUKEE — As school districts continue to release plans for the start of the year, parents are quickly making decisions on their children’s education. It’s creating a trend across the country, including Wisconsin, with a lot of kids transferring to private schools with in-person instruction.

If Meagan Kopiness had her druthers, she would send both her daughters to schools with in-person classes.

“There’s a lot that gets taken away when you are doing virtual versus in person. It’s just not the same,” Kopiness said.

However, right now that’s not an option.

“We did initially consider looking into private schools. Right now it was just a matter of sending two kids to private school is a lot more expensive than just one,” Kopiness said.

Parents like Kopiness are considering private schools because many of them plan to have kids back in the classroom.

Head of School at Milwaukee Montessori, Monica Van Aken, said since early July they’ve seen a 15 to 20 percent increase in enrollment for first through sixth grade compared to the same time last year, with parents specifically looking for in-person learning.

“Typically, we would not be receiving applications just weeks before the school year begins,” Van Aken said.

Van Aken said parents are seeking the kind of education their children didn’t get last spring with virtual learning in their school districts, along with a space that has room for students to spread out.

Milwaukee Montessori is not alone.

St. Robert School in Shorewood and the University School of Milwaukee also told TMJ4 News, they’ve seen unusual spikes in enrollment for this time of the year.

A spokesperson for the University School released a statement saying in part, they “have had more inquiries in the last two weeks than in any other two-week period in at least the last six years.”

Jim Bender of School Choice Wisconsin, a nonprofit that works with private schools, said the trend towards private schools is widespread, even if it means paying tuition.

“It's something new. You don't see just real dramatic changes in enrollment like this happening right now,” Bender said.

Though, he also said it could have an impact on public schools.

On this topic, a spokesperson from Milwaukee Public Schools said: “At this time, MPS has no evidence that starting our year with virtual learning has decreased enrollment for our district.”

It will take some time before we see how big of an impact this could have both on private schools and public schools, but it’s evident that parents are doing what they can to advocate for their children.