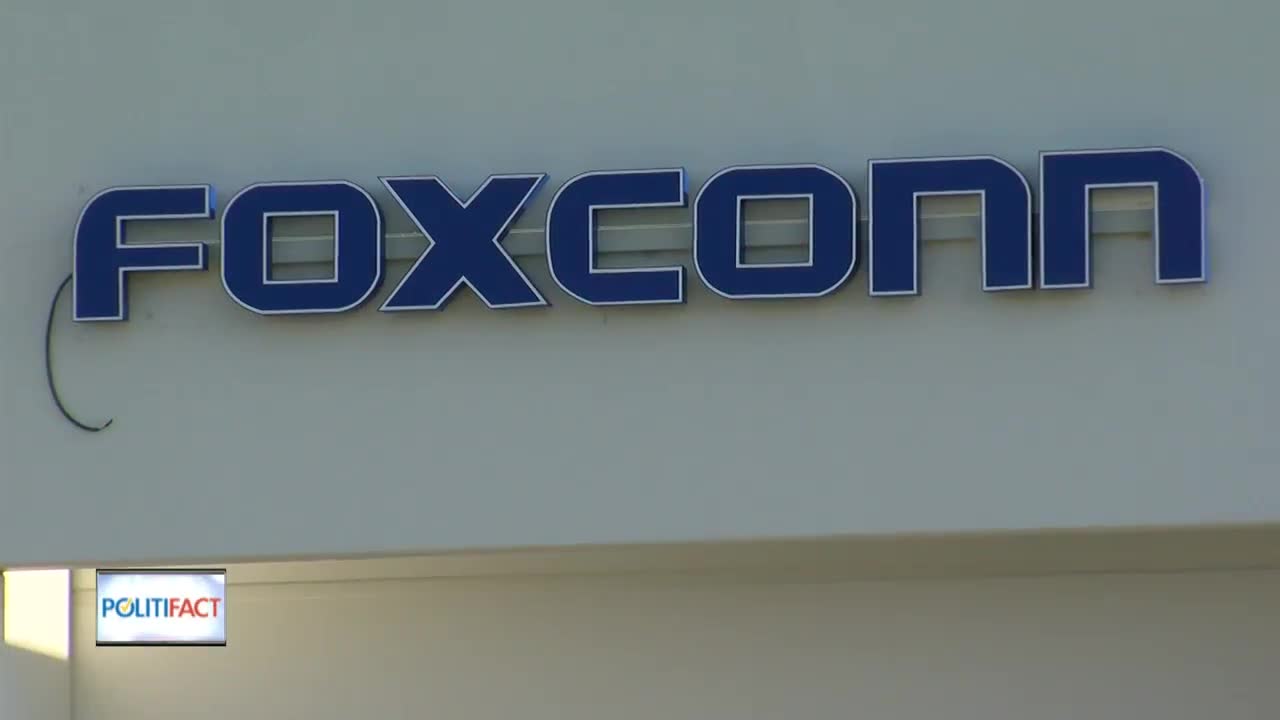 Foxconn in the news this week after comments from the company raised concerns about its future in Wisconsin.

PolitiFact Wisconsin looks at a claim by two key Republicans who suggested Gov. Tony Evers was creating uncertainty for Foxconn.

"In which they said the changes that Foxconn is considering right now, in its big production facility in Mount Pleasant are due to the wave of uncertainty created by the new Tony Evers Administration," said Greg Borowski with the Milwaukee Journal Sentinel.

PolitiFact Wisconsin says there was nothing in Foxconn's statement that suggested doubts about the Evers Administration.

Evers has been in office less than a month.

"The head of WEDC who was appointed by Scott Walker said there's been no effort by Tony Evers Administration or the previous Walker Administration to negotiated any side deals on this matter or change the agreement that's already in place," said Borowski

The Taiwan based company did say global market conditions would dictate decisions.

"There are many economic factors and forces out there from iPhones and Apple, to workforce challenges and labor costs in the United States versus China," said Borowski. "These are the very things that Foxconn has talked about in limited comments they've made since this information came out this week."