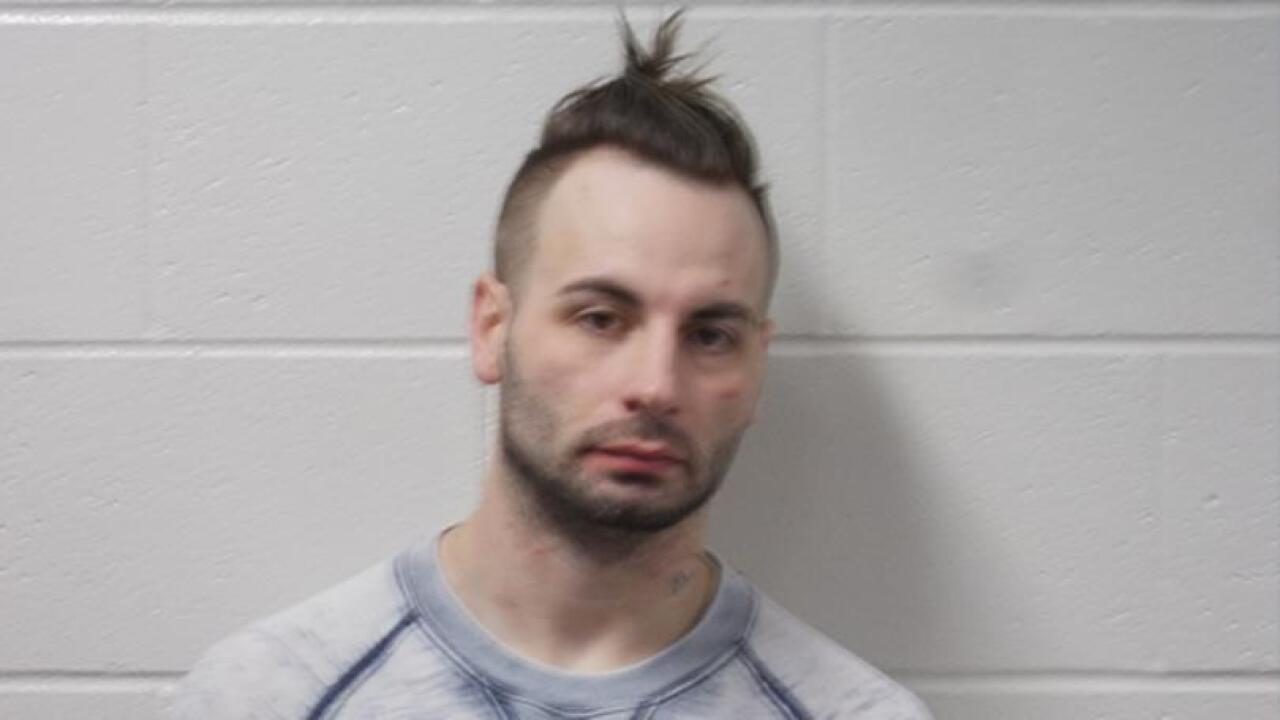 SPARTA — A man is arrested after he was found hiding in a Wisconsin family's closet.

The Sparta Police Department says on December 10, a woman's dogs kept barking at a bedroom closet that evening. The woman and another family member tried to open the closet door, but couldn't. They then saw fingers sticking out from inside the door, holding it shut.

The man, identified by police as 32-year-old Kabian Coleman, of Rockland, said "Ho Ho Ho" while inside the closet. He then told the family members not to ruin their Christmas surprise if they opened the door.

The two family members called 911. During that time, the intruder left the closet and went to a nearby garage, taking some items before going to a different home. A dog at that home started barking at Coleman, scaring him off.

Police tracked the footprints in the snow to another garage on a different street. Once the officers got the entry code, they pushed the button to open the garage, but immediately noticed someone inside the garage pushed the button to close it. This happened multiple times until an officer was able to distract the intruder and get into the garage. Coleman was then arrested by officers.

Coleman later admitted to using drugs and said he was on his way to turn himself in when officers started chasing him. Police say Coleman had an active arrest warrant from the Department of Corrections.

Witnesses told police they didn't think Coleman was planning to hurt anyone and was hiding in the home to get out of the cold.

He was checked at a mental health facility and then booked into the Monroe County Jail on suspicion of Trespassing and Resisting or Obstructing an Officer.