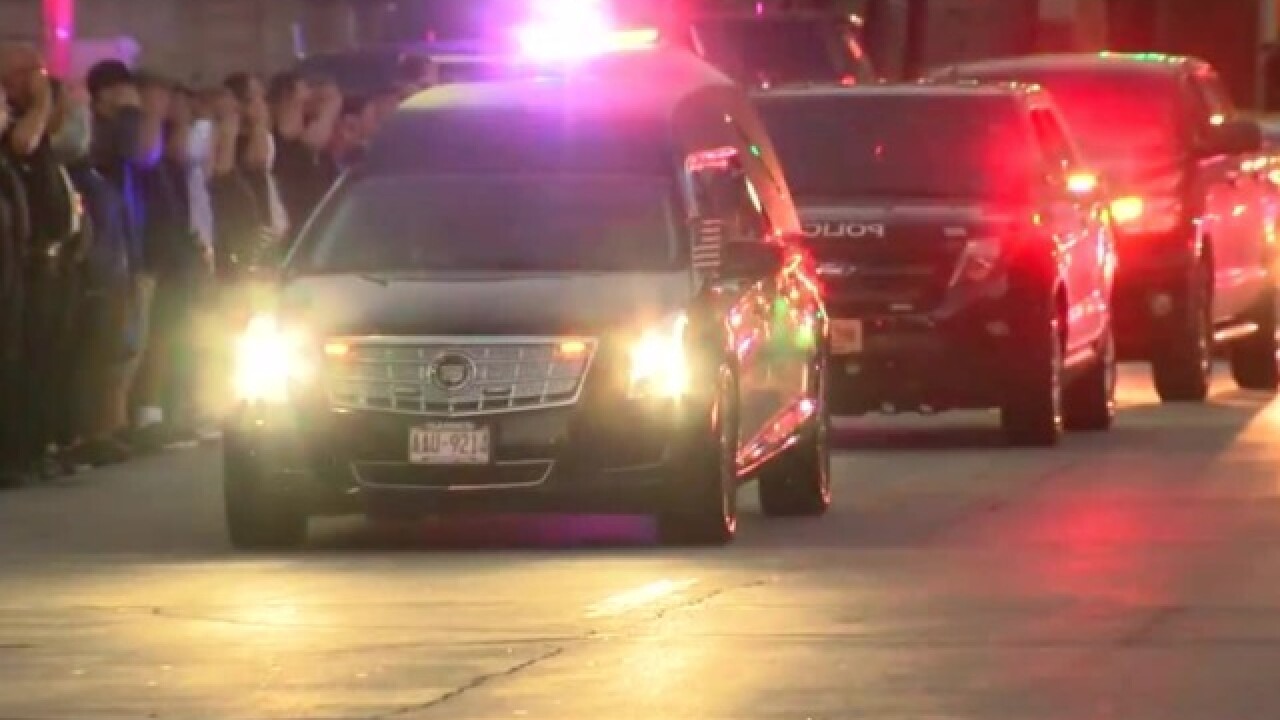 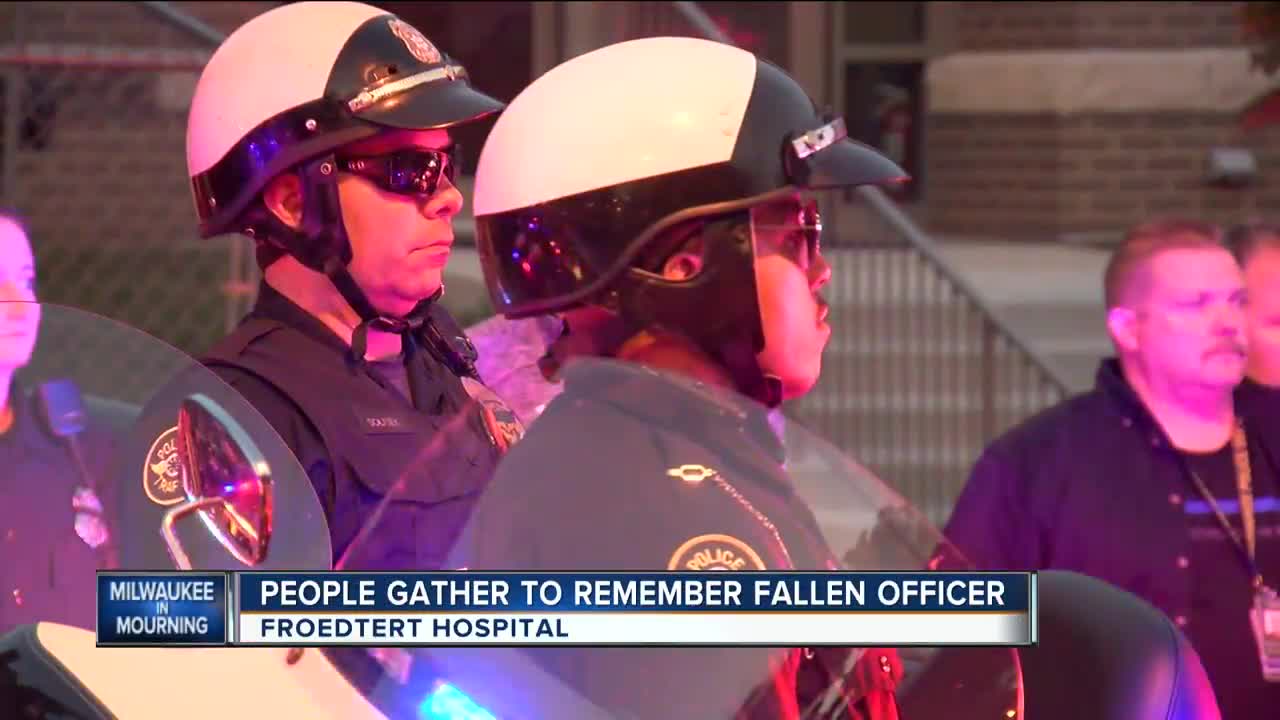 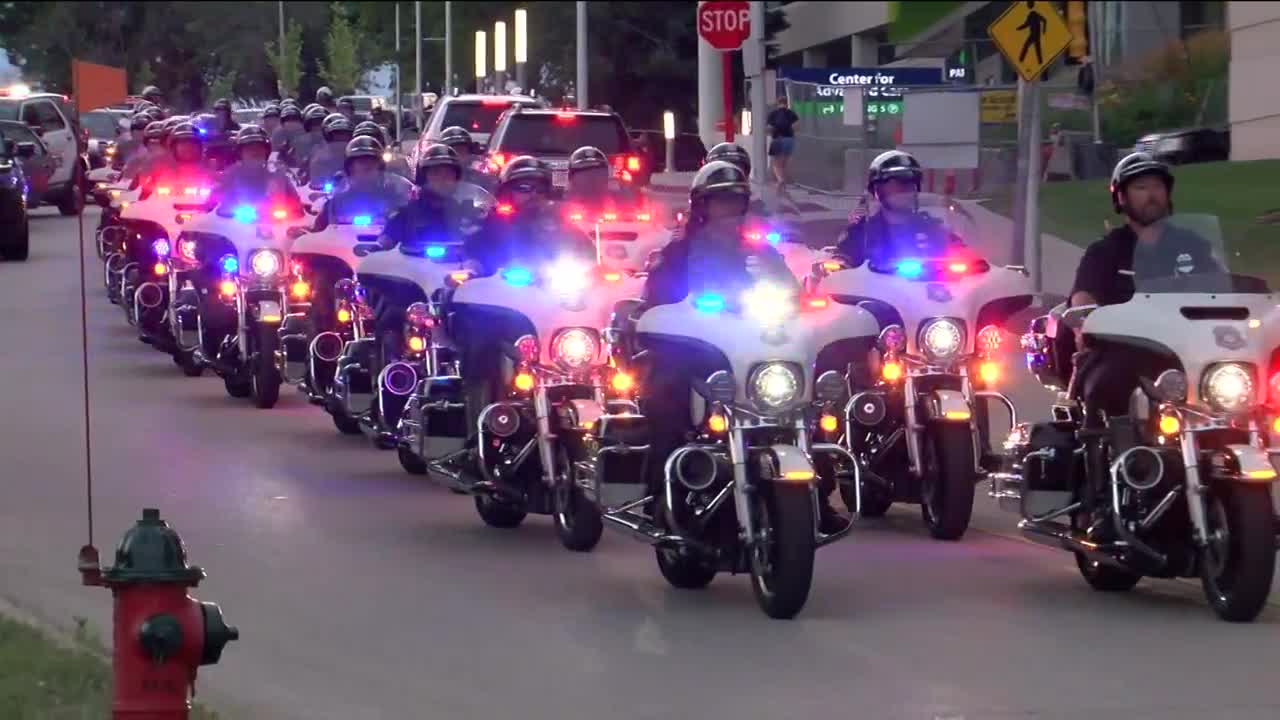 The Milwaukee Police Officer shot in the line of duty Wednesday was brought to Froedtert hospital where he died.

A procession took place around 7:30 p.m. from the hospital to the Medical Examiner’s office downtown. Before that officers gathered there as they got word one of their own had been shot.

A woman who was in the emergency room earlier in the evening did not realize what was happening at first.

Outside of the hospital people like Noah Tepes felt compelled to come and stand for the procession for the fallen officers.

“As well being a Milwaukee resident it’s just something I felt compelled to do to come pay respect for them,” said Tepes.

The sentiment was echoed by many around the hospital as they watched the fallen officer’s body leave.

“It’s really upsetting to see that,” said Jason Detrick. “They are just out there trying to protect people and do their jobs.”

“This is too sad this shouldn’t be happening,” said Templin.