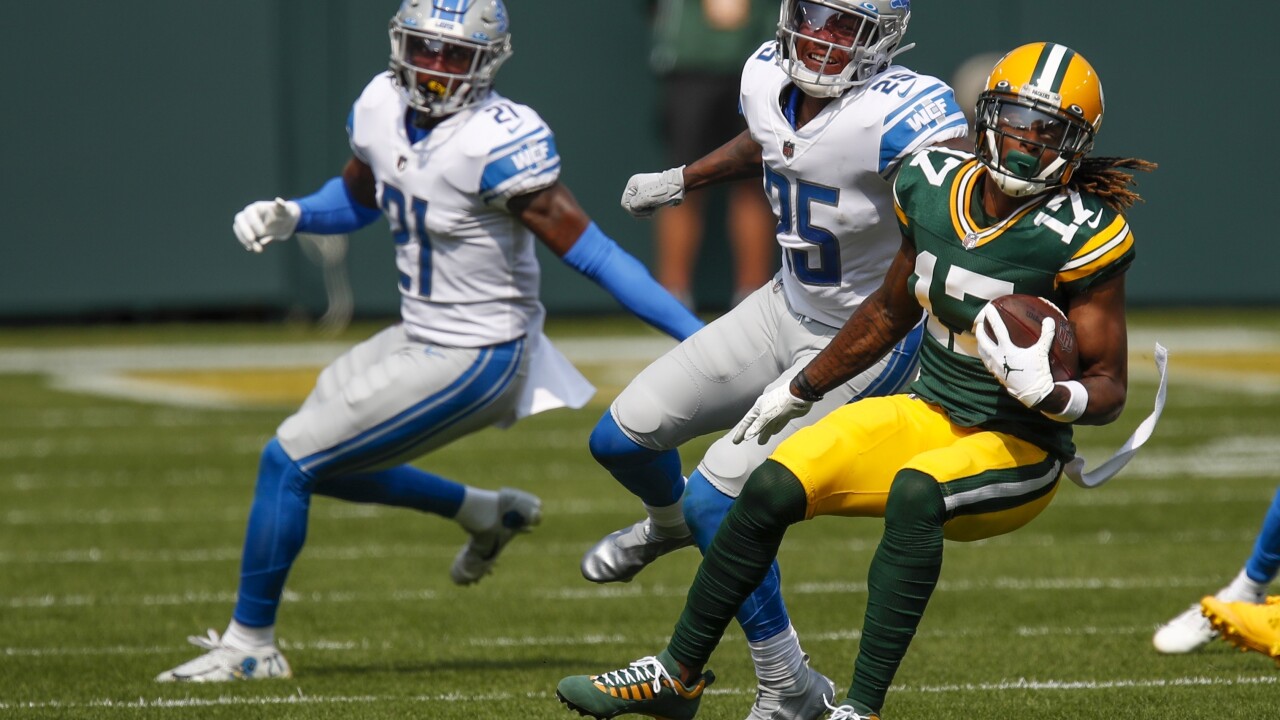 Matt Ludtke/AP
Green Bay Packers' Davante Adams tries to get away from Detroit Lions' Will Harris during the first half of an NFL football game Sunday, Sept. 20, 2020, in Green Bay, Wis. (AP Photo/Matt Ludtke)

Adams has missed two straight games, but is hoping to return for the Packers’ Sunday matchup at Tampa Bay.

Adams practiced Wednesday and said the hamstring feels just as good now as it did before he injured it. Adams had tweeted his disappointment over not playing in an Oct. 5 victory over Atlanta and said he felt good enough to play in that game.

Adams issued that tweet the morning of the Falcons game and deleted it about half an hour later.