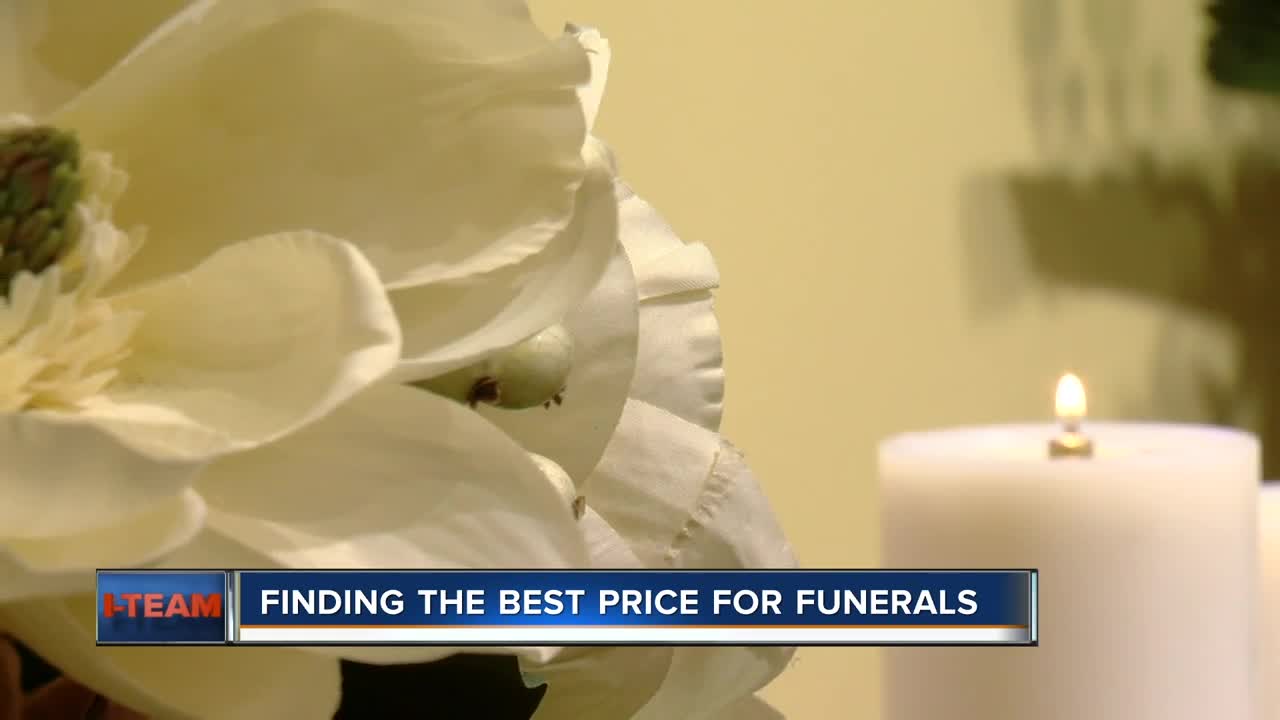 Ed Michael Reggie started funeralocity after seeing a friend struggle while trying to plan a funeral. The website launched in April.

Ed Michael Reggie started Funeralocity after seeing a friend struggle while trying to plan a funeral. The website launched in April.

“One of our colleagues was planning a funeral and had tremendous problems. She had to start from scratch and didn't know where to begin,” the CEO said.

“A lot of people are just embarrassed to walk into a funeral home and ask for its prices,” Reggie continued.

On the site, you type in your ZIP code to view funeral homes in your area and click again on the home to view the cost of its cremation and burial services.

“There's a federal law from 1984 that says anyone can get the prices of a funeral home by calling or showing up in person,” Reggie said.

Prices for more than 14,000 funeral homes in major cities across the country are listed on the site, including those in Milwaukee. Dr. Camelia Clarke, the president of Paradise Memorial Funeral Home, didn't know it existed.

“I wasn't aware of it until you brought it to my attention, but it didn't surprise me to find an online platform like that,” said Clarke, who is also the president of the Wisconsin Funeral Directors Association.

Clarke, as well as the president of Krause Funeral Homes, said their prices needed to be updated on funeralocity.

“If that's true, we say please tell us and we will correct it,” Reggie said. “I think that sometimes people just don't like their prices being out there."

“There's a federal law from 1984 that says anyone can get the prices of a funeral home by calling or showing up in person.” — Ed Michael Reggie, founder of funeralocity

“We believe that consumers expect and demand frictionless shopping in the privacy of their own home. They want that. They expect it," Reggie said.

“I think it's the world we live in. It was bound to happen sooner or later,” said Mark Krause, president of Krause Funeral Home & Cremation Services.

“This is the last and final gift that you can give to your loved one. Being an educated consumer is very smart,” said Clarke.

TODAY’S TMJ4 reached out to the National Funeral Directors Association asking for comment.

The organization provided the following statement:

The National Funeral Directors Association supports consumers “shopping around” to research and understand their funeral and memorialization options. Reviewing prices online can be a good place to start but to truly understand cost and all of the options available to them, families should meet with a funeral director who has a strong reputation and understands their emotional needs, as well as will be sensitive to their budget. It’s important that this be a thoughtful decision with all factors taken into consideration.

To meet consumers at all stages of funeral planning, National Funeral Directors Association’s consumer website, RememberingALife.com, offers guidance on where to begin the planning process, the kinds of decisions that consumers will make when making arrangements and the many options available to make a tribute personal and meaningful. The site also offers advice on discussing cost concerns with a funeral director.