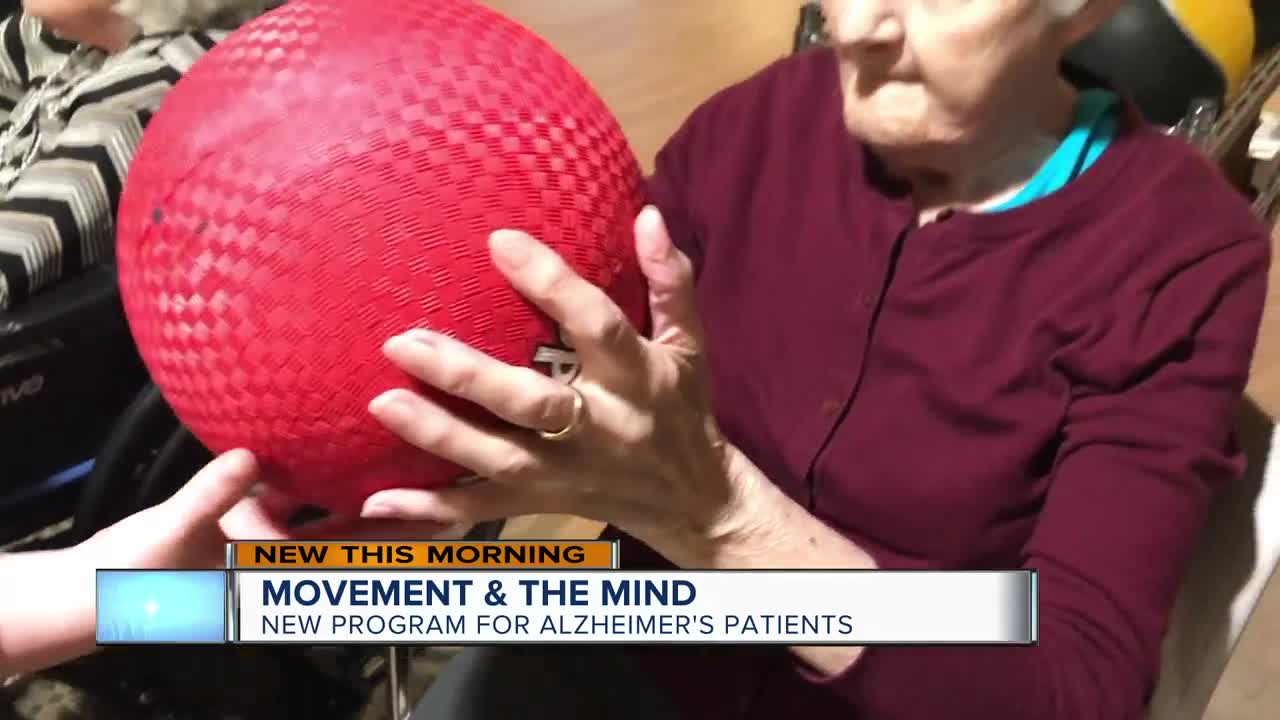 The effects of Alzheimer's disease can be brutal on the mind and the body. WAUWATOSA — The effects of Alzheimer's disease can be brutal on the mind and the body.

There are 50 million people worldwide living with Alzheimer's disease and other dementias, according to the Alzheimer's Association.

Alzheimer's is a degenerative brain disease and the most common form of dementia — which is not a specific disease but rather an overall term that describes a group of symptoms.

In the United States, 5.8 million Americans have Alzheimer's, according to the Alzheimer's Association.

A new program at St. Camillus in Wauwatosa has paired up residents of the facility living with Alzheimer's or dementia with exercise science students from Marquette University and Wisconsin Lutheran College.

The group is meeting weekly for three months, with students leading the seniors through workouts.

The workouts consist of a warm-up, followed by sessions of strength-building activities and skill-building activities. The strength exercises are meant to boost muscles that prevent falls. The skills portion of the workouts involve applying those same basic movements to enjoyable activities — such as playing a miniature basketball game or cornhole game.

"Our goal is to get them sitting better, eating better, sleeping better, feeling better." — Bridget McNair, St. Camillus research and development director, on working with seniors

"It's getting them involved with something they like to do," said Veronica Tannenbaum, an exercise physiology student from Marquette University.

She said the program has helped her learn more about communicating with and caring for seniors.

"It's given me more confidence," Tannenbaum said.

Bridget McNair, St. Camillus research and development director, said the benefits in the seniors have already been noticeable.

McNair said residents living in long-term care facilities, such as St. Camillus, often unwillingly get looped into a depressing cycle: They fall and injure themselves, undergo grueling rounds of rehab, only to eventually fall and get hurt all over again.

McNair said grant money will be used to take data from the participants of the program and conduct a pilot study into the effects of the exercises on the seniors with Alzheimer's or dementia. She hopes the findings will lead to a better quality of life for seniors down the road.

"Hopefully, from there, we start some other research studies that eventually can change the way long-term care is delivered," McNair said.