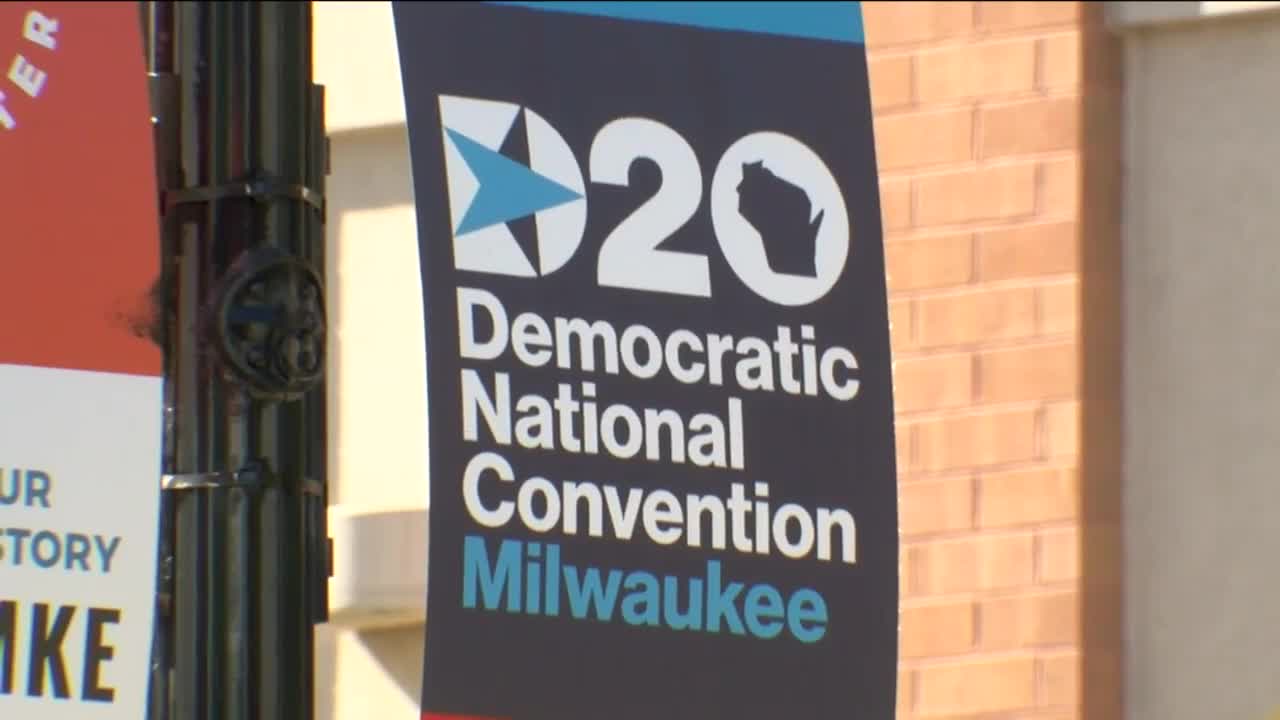 With the DNC not panning out the way we expected, our Katie Crowther took a look at what Milwaukee still has to gain from the event.

MILWAUKEE — What can the city of Milwaukee still gain from the Democratic National Convention, after learning this week the event has been scaled back even more?

The changes to the DNC have been a big blow to Milwaukee.

We’ve learned it’s likely that the only people inside The Wisconsin Center August 17th through the 20th, will likely be members of production crews, that will help transmit the almost entirely-virtual DNC.

Former Vice President Joe Biden has decided not to accept the Democratic nomination for President in person in Milwaukee.

But, there are people working to make sure some of the momentum that was created in preparing for the event, carries through the Coronavirus pandemic and into the work we do moving forward.

Milwaukee-native Lafayette Crump had an important role in helping plan for the DNC in Milwaukee.

“Ensure that in every aspect of the plan, we were making an effort to maximize inclusion of diverse local businesses,” Crump said. “Meaning companies owned by, and who employ, people of color, women, LGTBQ individuals, and people with disabilities.”

Local, black-owned business, JCP Construction, was picked as the general contractor for the DNC.

“I think of a business like JCP Construction,” Crump said. “A company that was going to get this enormous opportunity to play on such a big stage, and then that is taken away due to COVID-19. This was supposed to be Milwaukee’s summer and year. It's really frustrating and sad. There's no way around that. But we all also understand health and safety come first.”

JCP is back to focusing on other local projects and community outreach. While Crump, who was recently named the Commissioner of City Development for Milwaukee, is trying to shift that DNC vision into his new role.

“When you look at the moment we're in, more people are focused on racial equity than they probably have been in about 50 years,” Crump said. “It's a time where you're not looked at with a raised eyebrow when you make diversity a part of the ask or the demand of a developer or project. Asking how is this going to impact diverse businesses, how is this going to impact jobs to people in all the neighborhoods of the city? That’s not something anyone can shy away from.”