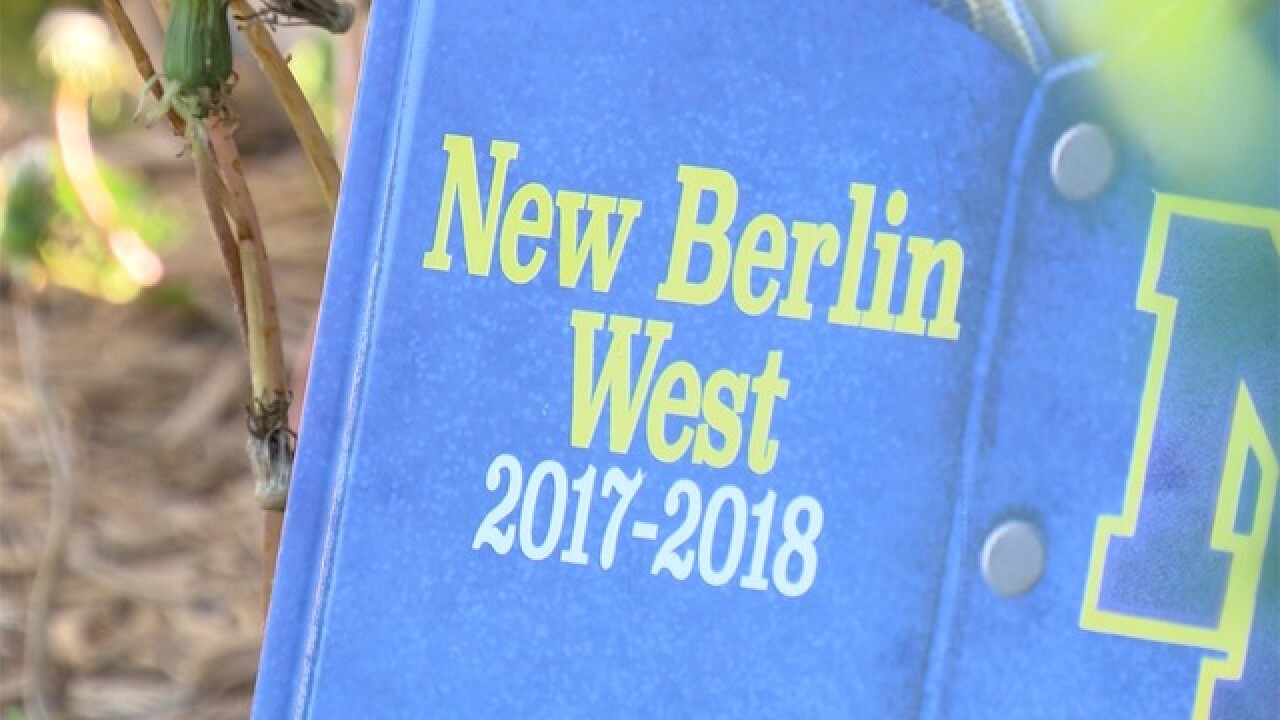 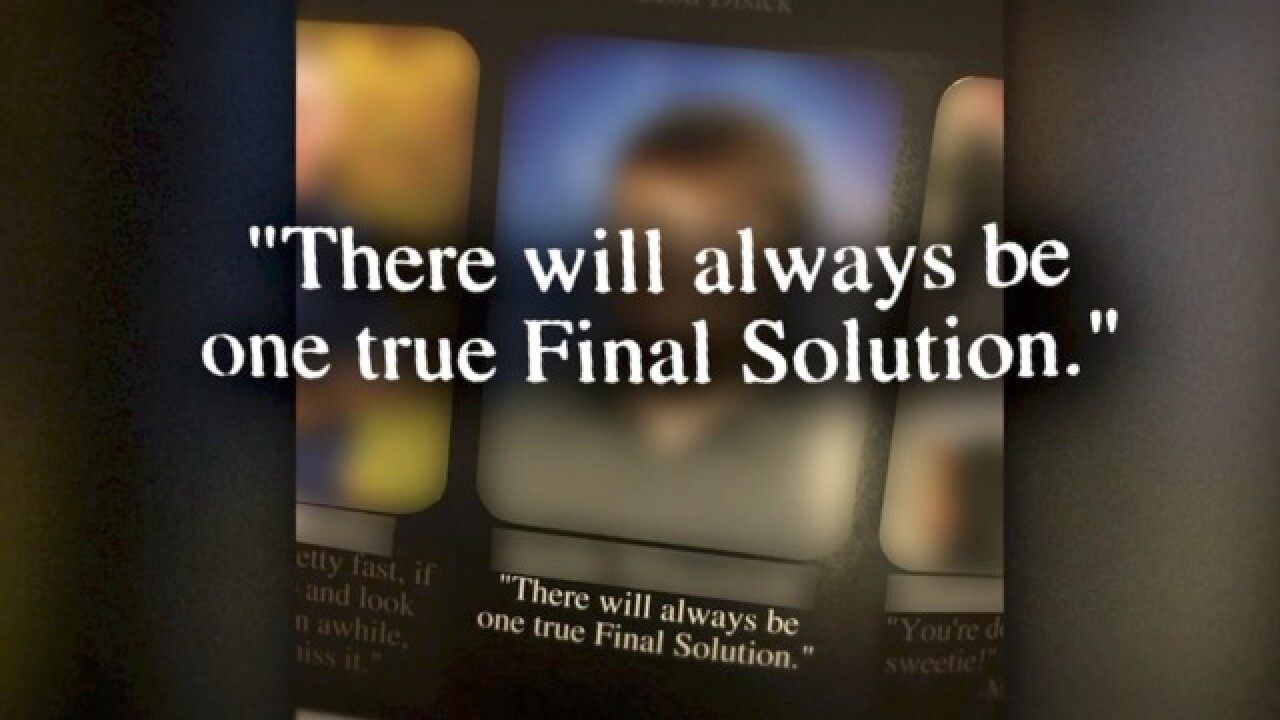 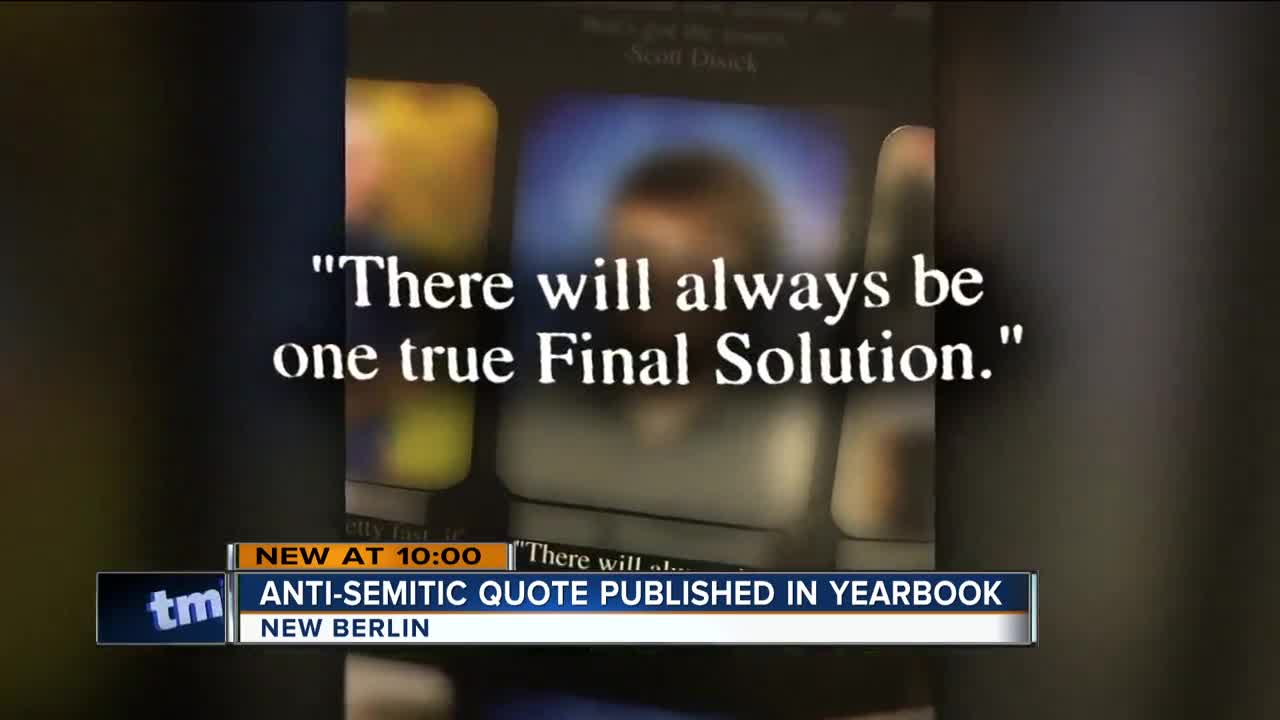 NEW BERLIN, Wis. -- New Berlin West High School had to stop distributing yearbooks after one of the seniors wrote an offensive quote targeting the Jewish community.

The quote says, "There will always be one true Final Solution."

"It refers to the genocide of Jewish people in Europe," said Elana Kahn with the Milwaukee Jewish Federation. "It was an organized genocide so it’s not innocuous and it’s not funny."

Kahn is the Director of Jewish Community Relations at the organization and says someone brought the quote to her attention Friday morning.

"It's recorded in history as this being his most important quote," she said. "I think it’s very disturbing and upsetting."

Kahn says she has worked with the New Berlin school district in the past after other anti-Semitic incidents, even bringing in a Holocaust speaker and offering anti-bias training.

The school's principal, Michael Fesenmaier called the quote inappropriate and offensive. In an email to parents, he wrote: "We are embarrassed by this oversight, and we apologize that this offensive quote was not detected sooner."

"My reaction was oh my gosh," said one parent who did not want to be identified but said she wants to see the district use this as a teaching moment for students.

"Other things like this have happened before this is the first time the district has publicly addressed it," said the parent. "We should be tolerant especially in this day and age of all types of people in the world."

The school is placing stickers over the quote on any yearbooks that haven't yet gone out and offering stickers to families who already received one.

The Milwaukee Jewish Federation does plan to contact the school and offer some type of educational opportunity to address this.

Here is the full email sent to parents:

I am writing to you today to inform you of an inappropriate and offensive senior quote that was discovered in this year’s high school yearbook.

The quote refers to the term “Final Solution”, which was the name of the Nazi plan to exterminate European Jews in the early 1940s.

The quote, unfortunately, went undetected during the yearbook vetting process and was published in the yearbook. We are embarrassed by this oversight, and we apologize that this offensive quote was not detected sooner.

Many of the yearbooks were distributed yesterday and today. After the quote was brought to our attention, we halted the distribution of the remaining yearbooks and contacted Jostens, the yearbook publisher, to help us rectify the situation.

We are working with Jostens to provide us with cover-up stickers, which we will apply to the yearbooks that have not yet been distributed. The stickers will be available in the main office to anyone who wishes to cover up the quote.

Again, we apologize for this mistake and will work hard to ensure it, or something similar, does not happen again.