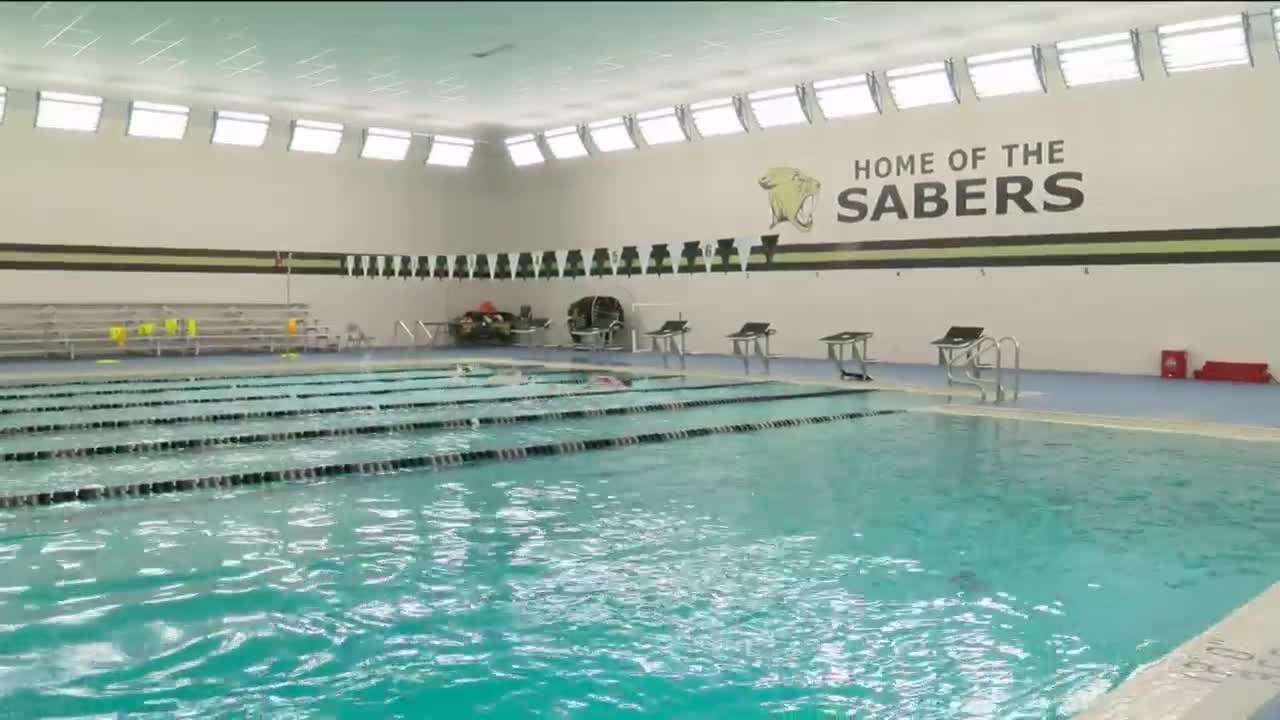 "The reason why I keep doing the broadcast and NBC hires me, is the fact that I really show my passion," NBC Olympic Swimming analyst and USA Swimming Director of Community Engagement Rowdy Gaines says.

"I was so frustrated... To be able to reach out to those policymakers and those public officials and say, 'It's OK. We can do this safely.' And all we're trying to do is to prioritize opening pools for instructional purpose-driven aquatics, that's the key in all this. We're not saying 'hey, swing open the doors and let all these large crowds come in.' We're saying we can do this, and we can do it safely," Rowdy Gaines says.

And now, he tries to educate parents and the public, on the safety of swimming.

"It's the only sport in the world, that can literally save your life," Gaines says. "You're talking especially about our underserved communities, where an African-American child is five times more likely to drown than a Caucasian child. To me? That's important to do something about it."

Controversial subjects? He'll take them on as well.

"Not me, the CDC has come out and said COVID is not transmitted through chlorinated waters. We have a former Olympic swimmer, that is a doctor with Johns Hopkins in the aquatic coalition," Gaines says.

TMJ4 Main Sports Anchor Lance Allan asks what do you say to someone who says, we should just not be doing anything, at this point?

"That's a tough question, my man. You're getting into a political minefield that I want to stay away from as much as possible. But that's 20 percent that I don't agree with. I agree with your 80 percent, to say we can do this. And we can do it safely," Gaines says.

"Show up at the pool with their swimsuits. They swim and practice. The coach is on the deck, socially distanced from the athletes. They get out of the water. Put the towel around them and then get in the car and drive home. That was done before COVID!"

Gaines says the science and swimming can co-exist.