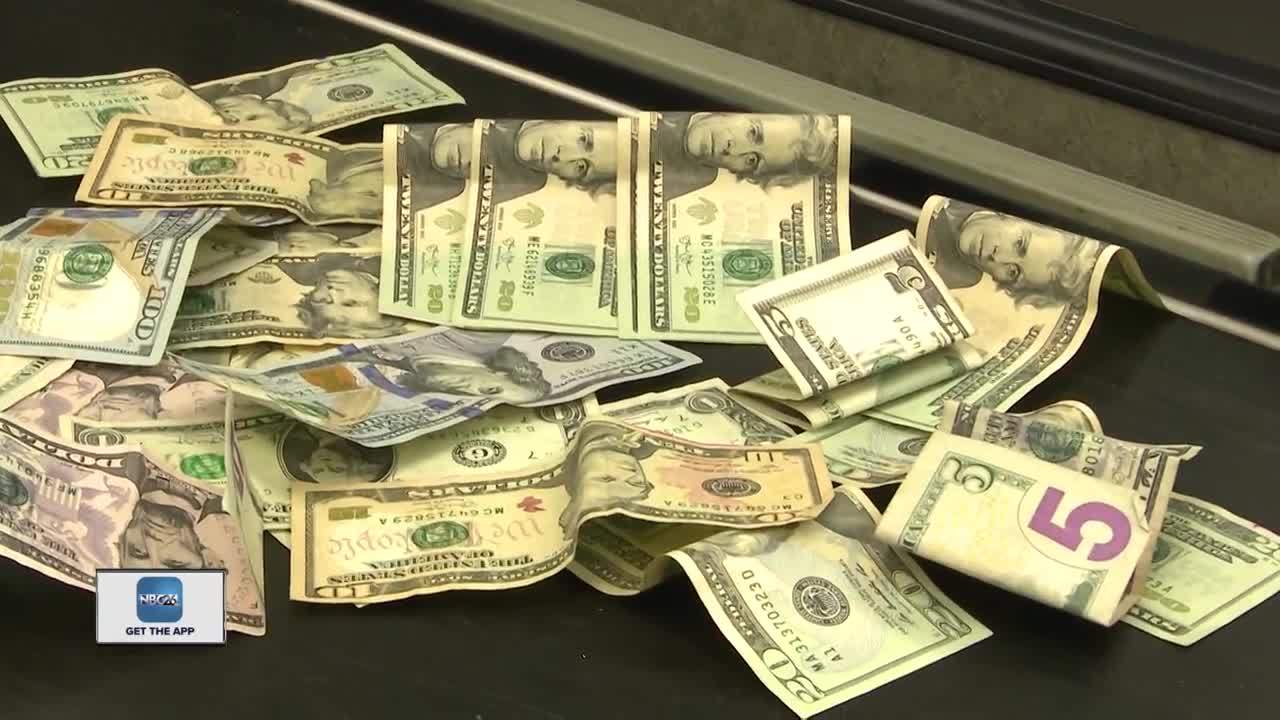 It's a mystery that continues to stump employees and customers at the original Austin's Grocery Store in Allouez where more bundles of money have been found.

It's a mystery that continues to stump employees and customers at the original Austin's Grocery Store in Allouez where more bundles of money have been found.

Back in early July, a bundle of cash was found on the store’s floor. It happened again, and again, and three more times after that. In all, six bundles of money have been found on the floor of the store in the last month-and-a-half, and no one has claimed any of it yet.

"We have found things in the past. Valuable things and we have always gotten them back to the rightful owner,” said Steve Austin. “This time, we are just stumped. Just stumped that this is happening to us.”

Based on camera footage the store believes it is different people dropping the money, but they haven't been able to identify exactly who the money belongs to. If you think this might be your money, be sure to reach out to Austin’s.

If the money isn't claimed, the store’s staff plans to donate it.