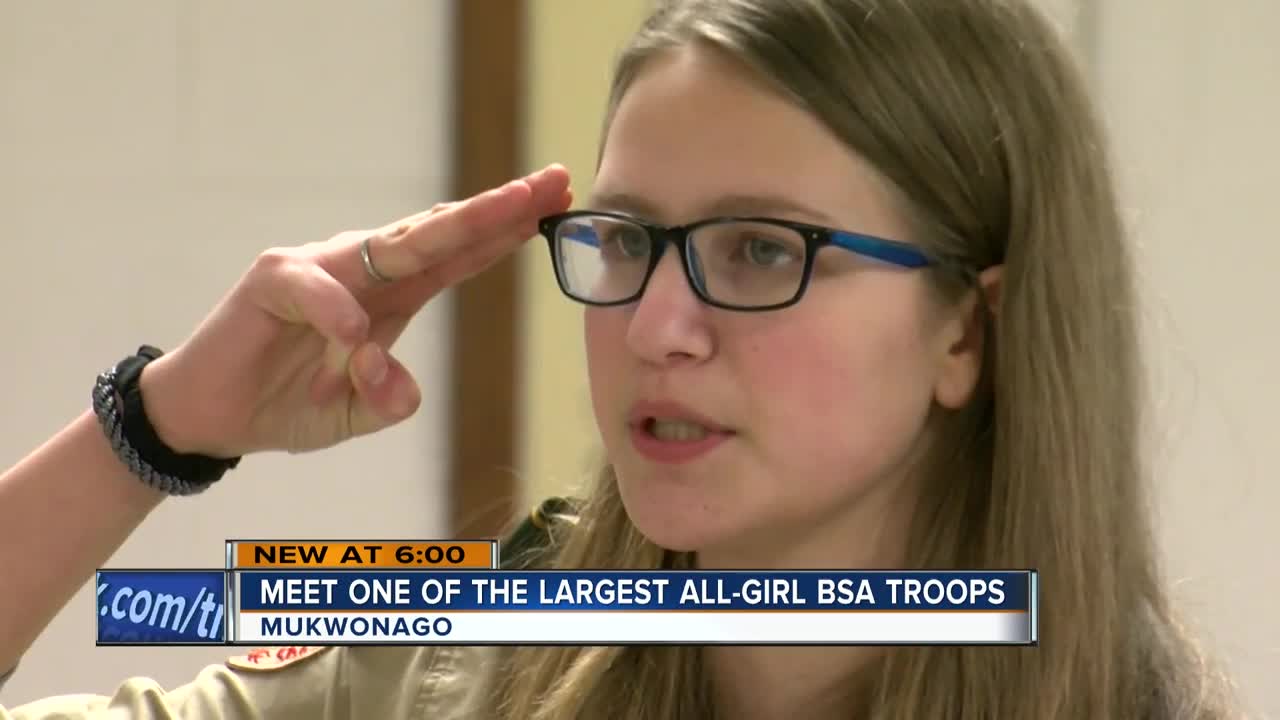 One of the largets all-girl BSA troops is located in Mukwonago, Wis. 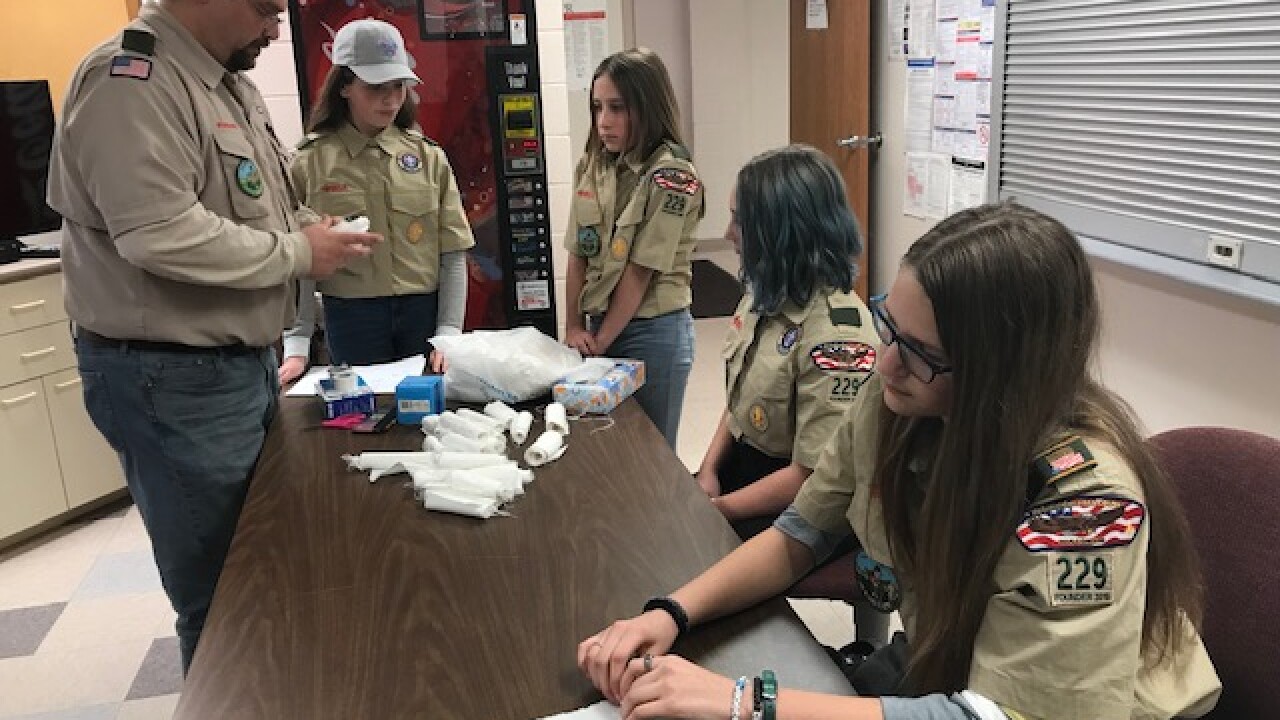 One of the biggest all-girls Scouts BSA troops in the country is in southeast Wisconsin. Boy Scouts of America changed the name of the Boy Scouts program to Scouts BSA after welcoming girls to the group for the first time last month.

There are now more than 1,500 girl troops within the organization, but most are small with fewer than five participants. Troop 229 Scout Master Steve Sherrod said his troop in Mukwonago has 28 girls ages 11-17.

"We had the most girls in the whole country as of February 1," said Sherrod.

Some troops have since surpassed 30, but Mukwonago is still one of the biggest and proud of it.

"I think that we were probably one of the first out there that actually were recruiting for it, and it kind of caught fire," said Sherrod.

McKenna Sherrod, the scout master's daughter, is among the oldest in the group.

"My brothers, my dad, my grandfather and my uncle are all Eagle scouts," said McKenna Sherrod.

Now it's McKenna's turn. Six weeks in and she's already surprising herself.

Abbey Gilbert, 13, found out she's got skills when it comes to building a fire.

"It's just been a great experience having fun with my friends, going on campouts," said Gilbert.

"Being very familiar with the program I thought this is a wonderful opportunity for them to take advantage of something that I got a lot out of," said Tom Gilbert.

"They've been on a couple of campouts already, and I can tell a difference already," said Tom Gilbert.

The program is about character building and building their skill set.

"We do all kinds of different shooting sports opportunities both with rifle and archery," said Steve Sherrod.

Aquatics and boating are among other activities.

Many participants hope to become an Eagle Scout, a challenge for the older girls in the troop, including Sherrod's 16-year-old, because they don't have much time.

"I think if they want to do it, and I know she does, I think they will," said Sherrod.

Sherrod said there is a difference working with girls versus boys.

Close to 11,000 girls have joined Scouts BSA since February.